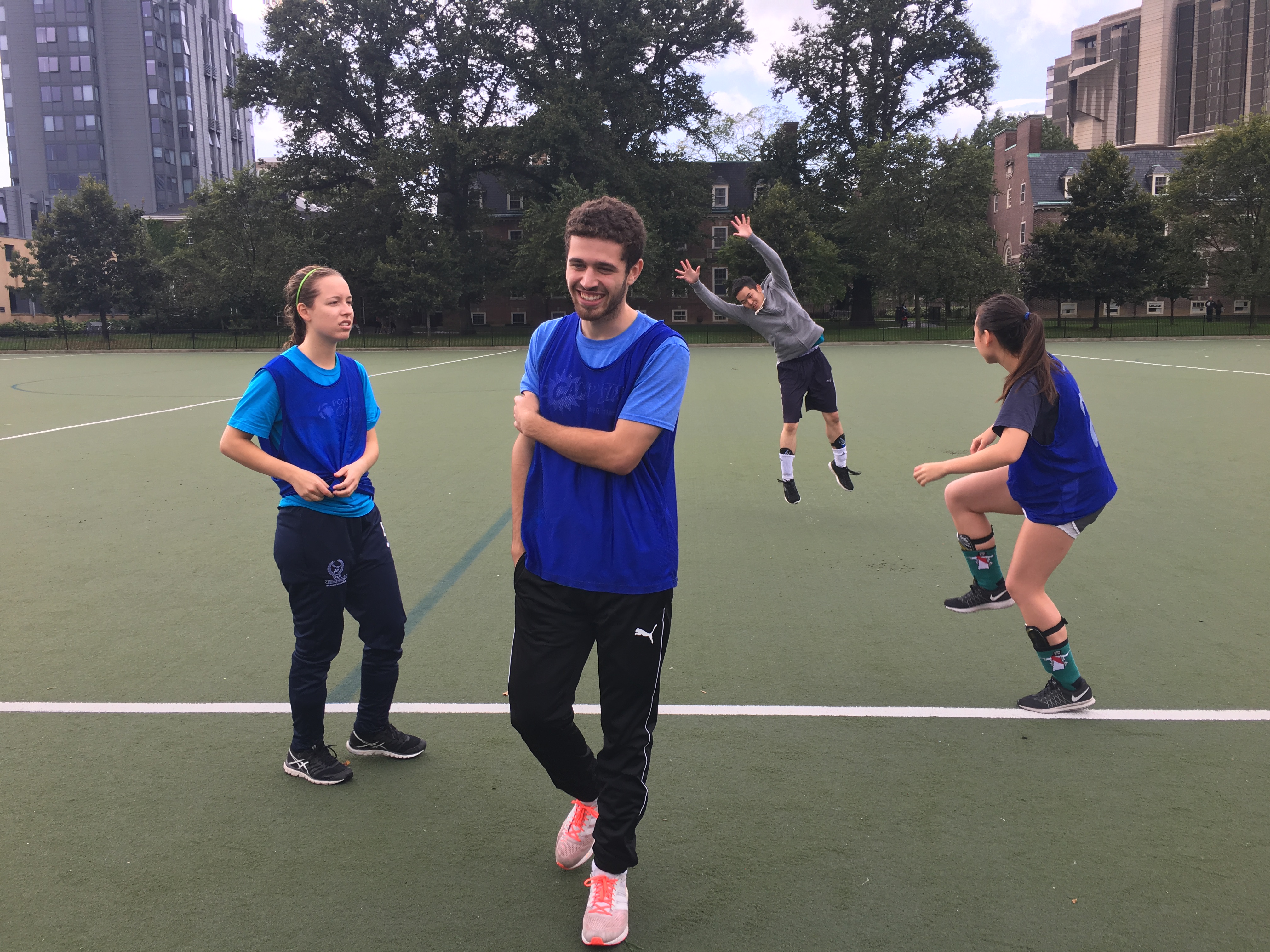 How to Lose at Everything and Still Have Fun

This week, I played in the intramural clubs cup soccer tournament. This is one of my favourite annual events at U of T because you get to form a team with any club you’re part of! I played last year and had a lot of fun, even though I had some embarrassing moments. There was the time I aimed a mad kick at the ball, only to miss completely and land on my butt. There was also the time when I picked up the ball with my hands… yeah, I’m still cringing. Approaching the tournament this year, I was still a total soccer newbie, but I also cared less and was ready to just enjoy myself!

I joined the tournament with my campus ministry, Power to Change. It began on Friday morning on back campus. Our first game was at ten o’clock, and it rained the whole time – I could barely see through my glasses. My team lost, but it was so much fun to be on the field with my friends.

The second game at twelve had much better weather. It was sunny and warm enough for our soaked clothes to dry off. During this game, I took a hard fall and was reminded that there’s nothing like that back campus turf rug burn. However, I was proud of myself for being aggressive and going for the ball, even if it didn’t turn out the way I’d hoped! There was a time when I would have shied away from just the sight of a soccer ball, and I’ve come so far in terms of being comfortable with playing sports. This time, when the ball came to me, I knew exactly what to do.

Our third game ended early because of a thunderstorm warning. Since my team barely had the minimum number of players (seven) required to play for each game, we were outnumbered for every game and didn’t win a single one. However, that made the goals we did score extra joyous! My favourite parts of the day were the moments between games when my teammates and I stood around and cracked jokes about how terribly we were going to lose.

Despite my past hatred of exercise, I’ve learned that if I’m having fun and being around people I love, it really doesn’t matter how the game itself turns out. No sport is too scary when your friends are there for you. Besides… isn’t friendship the real prize? *finger guns*