Getting Theatrical on Campus

I’m a pretty big theatre fan so this weekend I caught not one, but two shows on campus. The first one, on Friday night, was the Trinity College Dramatic Society’s production of A Midsummer Nights Dream and the second was Hart House Theatre’s The Importance of Being Earnest.

I took a few pictures during the pre-show and show of Midsummer, and a couple of the Hart House Space but couldn’t take any of The Importance of Being Earnest itself. If you want to see pictures from that production you can go to the Hart House Theatre website here.  Keep scrolling for the pictures I took at the shows this weekend!

The TCDS performs “Shakespeare in the Quad” every fall and this year the production jumped out of the quad and made use of three spaces throughout Trinity College: Seeley Hall, the Chapel, and of course the Quad.  Midsummer is probably my favourite Shakespeare play so I was very excited to check this production out (plus my roommate was playing Peaseblossom so obviously I had to go and see her flounce around all fairy-like), and it did not disappoint — it was probably the best Shakespeare show I’ve ever seen! Instead of being in the traditional format, this show had the characters moving around Trinity with action happening in various spots simultaneously so the audience had to physically follow the action around the college, and it worked so well! The acting was of course superb and I was really impressed overall!

The second show I saw was on Saturday, when I went to Hart House Theatre to see the closing day matinee of The Importance of Being Earnest. I’d never seen this show before but I’d heard it was hilarious so I was eager to see it. Hart House Theatre is a really nice space and there isn’t a bad seat in the house. The show itself was really good: the sets, the costumes, and the acting were all top notch. 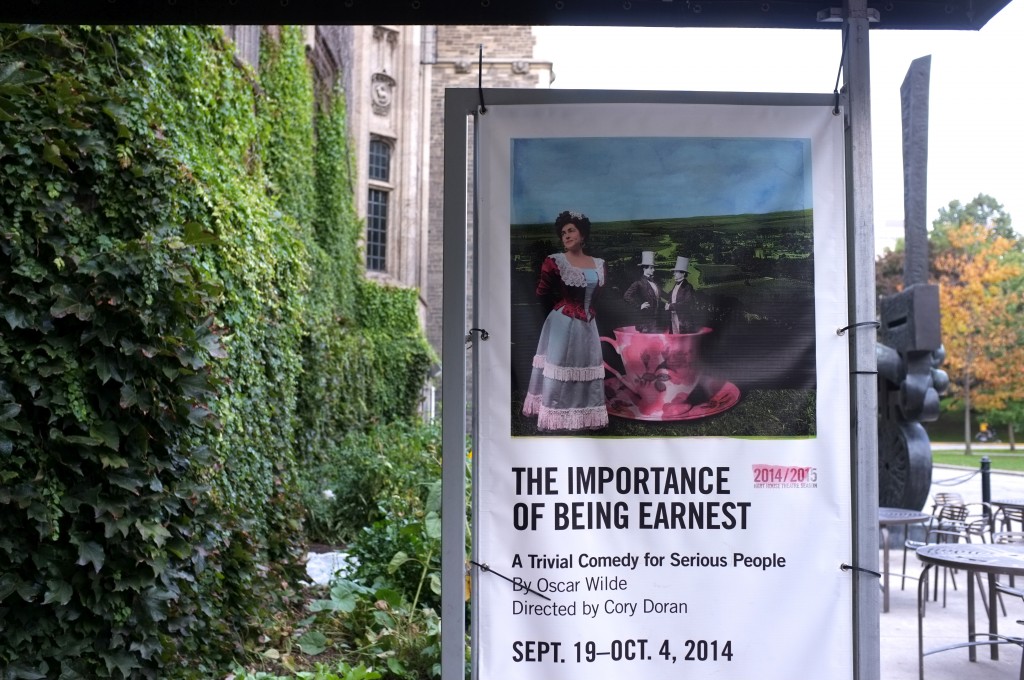 These two shows have unfortunately already closed, but there are still lots of upcoming shows at U of T this year, some of the ones that I know are happening are:

You can check out what will be put on this year through the U of T tickets website.

What other shows are happening at U of T this year that you think I should see? Let me know in the comments below!

0 comments on “Getting Theatrical on Campus”