A Stumble Down Memory Lane 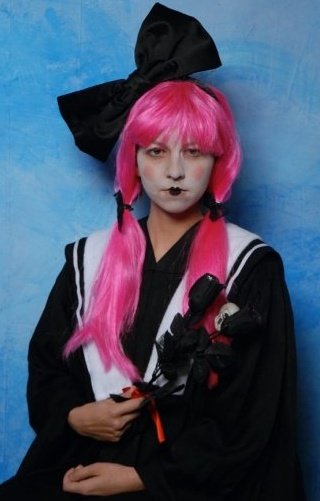 I often think of a quote I came across by Pico Iyer in Room Magazine that began with “we travel most when we stumble.” The writer expanded on the phrase, saying her best travel experiences were the ones that were unplanned, unexpected and even uncomfortable at times. I couldn’t help but think of my own stumbling (and falling) this year. It hurt. It felt painful. There were moments when I was brought to depths of darkness I never knew existed within me. The journey was tough and uncontrollable. Luckily, when I stumbled, I had many crutches to help support me so I could continue my journey: family, friends, students, even professors. Who knew I could survive? I certainly didn’t feel I could in my worst moments.

My final post isn’t a warning to prepare for the worst but to prepare for the unexpected. What I am saying is if you think life is going to unfold in an order like A-B-C-D-etc, etc, you’re dead wrong (or an extremely boring person). Life is more like A-B-X-T-C-Y-Y-WHY?!?-O-K. Life is about the stumbles, the different paths you notice when you decide to take a risk and shoot off of the main road. I’d say U of T is a pretty mainstream road to head down as an undergraduate. It’s a road that many of us feel safe being on because we believe it will lead us to bigger and better things. In fact, a lot of students I know don’t want to leave U of T after four years because they feel so secure here. I think we all go through university at our own unique paces; some of us speed through U of T on cruise control as we listen to GPS voices telling us exactly what to do while others struggle to keep up with the pack. A few of us even want to fast track, racing towards the finish line, wherever that may be. We all envision final destinations, the dreamland of the future but there will be bumps, crashes and breakdowns along the way. That’s life.

During my own drive down the U of T highway, I’ve bypassed undergraduates who have crashed and burned, hit by disappointment and devastation over things that at the time, seemed major. One conversation in particular stands out in my mind. It happened last school year when I was walking through Queen’s Park with a fellow classmate and asked him what he was planning to do after graduation. He told me that after spending a year studying abroad at Oxford, he fell in love with the school (who wouldn’t?) and was applying to their incredibly competitive English Masters Programme. To increase his chances of getting into Oxford, he told me that he was applying to two different strands in the English programme.

“Where else have you applied?” I asked him.

“Nowhere else,” he said.

“Isn’t that a little risky?” I asked, sounding like an insurance salesman.

“It’s Oxford or nothing,” he retorted. And that was that.

I suppose I felt a little shocked by his attitude and that his future, his world, revolved around one school. In his mind, he was on a one-way road to Oxford. No turning back.

The thing is, he didn’t get accepted into Oxford. But I think that rejection was probably the best thing that ever happened to him. Yes, rejection can hurt in any situation and I’m sure he thought his ABC life plans were ruined but I think he became a stronger and more openminded person. Now he’s at another school in England and miraculously has a girlfriend. There are ups to the downs in life. Truly.

I think my favourite moments in life have been the ones where I have looked around and thought to myself, how did I get here?  The times when I’m pinching myself because I’ve realized that a month prior, I had no idea that I would be doing whatever I was doing in that moment. Those are my favourite times in life that I freeze in my mind while I continue to move forward. I’ve had a few of them while I’ve been studying at U of T. I live for those moments.

As many of the bloggers this year get ready to graduate, I’m being left in the dust because I dropped a credit requirement I needed for my degree. As I hit the button on ROSI to officially withdrawal from the course, I knew my decision to drop probably meant summer school or returning to school next year for a victory lap. It wasn’t something I was anticipating and I don’t know where it will lead me, but I kind of love that uncertainty.

I just want to extend my thanks to the readers of this blog, especially those who felt compelled to speak up and comment. Whether you’re continuing down the U of T route or are switching gears and graduating, I hope everyone has a safe and happy journey to wherever they want to be.

0 comments on “A Stumble Down Memory Lane”