Revenge of the nerds at McGill Science Olympiad

I keep telling people at university that I was cool in highschool but that’s mostly a lie. The single counterexample for this is that I was a mathlete. That was as much a geekiness trump card then as my love for computer science is now. So naturally, when offered to be a member of the 12-person U of T delegation to the McGill Science Olympiad last weekend, I was all in. 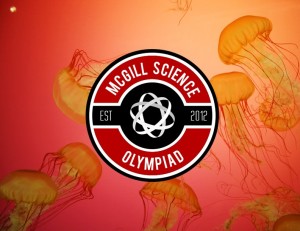 What is a science olympiad, you ask? In this case, at least, it was some strange mixture of science/engineering challenges and “feats of strength” where teams of 12 undergrads from universities across Ontario and Quebec braved the cold weather and Montreal nightlife in a four-day  points-based competition. In other words, an amazing and uniquely collegiate kind of weekend.

Now, science olympians are a strange breed. For one, unlike actual olympians, we are bad at sports. Coming from disciplines as varied as Environmental Studies to Psychology to Physics, the best way of knowing whether you might belong in such a competition is if you possess any of the following qualities: 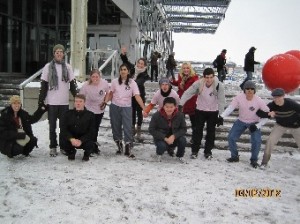 Over the course of the weekend, I realized a few serious and quite a few not-so-serious things about U of T. For example, in contrast to Laurier, we fail at Disney movie trivia but can slam the competition in a round about astrophysics. Also, in true U of T form, we were also the only team to request more scientific content in the science olympiad. We are also competitive as hell, even resorting to being the only team to (good-naturedly, right?) pelt the other teams with snowballs to slow them down during the Amazing Race: 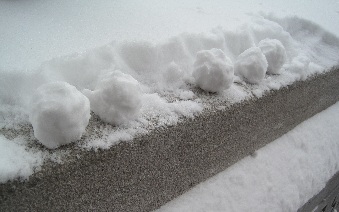 One thing that stood out to me about U of T relative to some of the other schools – particularly schools with a huge cheering section and love of pep rallies – was the diversity of the types of personalities here. As a friend astutely observed, while some undergraduate colleges make it easy to “lose yourself” in school spirit, the specific culture of U of T seems like a much better place to “find yourself” instead. I don’t feel pressured to rock blue-and-white face paint, party (or not party), or become any specific thing other than what I am. And I wouldn’t have it any other way.

I guess this weekend is a testament to the hidden gems that come from getting involved on campus. I would never have been invited to this were I not involved in my course union, and in turn the Arts and Science Students’ Union, who recruited people for our delegation. So, with everything I do, my campus community expands and diversifies. After all, nothing quite helps forge friendships like climbing a mountain with strangers at 3 a.m., surviving six hours on a MegaBus, and trying not to be awkward on the dance floor.  Although, what happens in Montreal stays in Montreal.

0 comments on “Revenge of the nerds at McGill Science Olympiad”