Quitting: The quest to go smoke-free

Last week I was keen on writing a post on how to successfully quit smoking, but, after much thought, I felt that I would be a hypocrite if I did so.

Yes, I had plans on quitting, as I tend to get every few weeks or so, and after two or three days I would light up again.

So, why is it so hard to quit smoking? 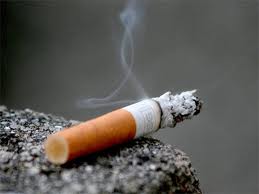 For me it is a combination of many avenues; I have been smoking since I was 17 (that was 14 years ago!) and I did so because I had a very stressful job at a summer camp. I worked with underprivileged youth who, for many of them, was their first time away from home for any extended period of time. I had to deal with name calling, fights, bed-wetters, temper tantrums, and my personal favourite, those that would run off into the woods proclaiming that they were going home. I took up smoking as a release to the stress, and I got hooked.

Next, I was rather heavily involved in the whole rave/club scene at the time and it just seemed that all my friends smoked. If I had wanted to quit it would have been extremely difficult in such situations.

Further, I developed a kind of social relationship with cigarettes. When working, I would get together with fellow smokers on break, and we would all go smoke and chat. Smoking was the social bond that brought us together.

Paramount among these reasons (or excuses, I am sure some of you will call them) is that I am addicted. I have successfully quit for 2 months before, and have done that a few times. But I go back to smoking when I hit a stressful day and have no other outlet to relax.

What it comes down to is that I like smoking, but I don’t like the price tag attached to it. It is very expensive. I want to quit because of the money it would save me, but I go a few days and break down and buy a pack.

Well, there is a lot I can do.

First, I am meeting with my doctor this week. We are going to try medication to help alleviate the cravings and need for smoking. We are going with two medications that are about 40 per cent effective for people trying to quit. I’m hoping the combination will help me break through the addiction barrier.

Next, there is support available for those wishing to quit smoking. There are independent resources such as the Smoker’s Helpline, and government funded resources such as the City of Toronto Public Health as well as Health Canada and many many others, including websites for the medications themselves. Here on campus, there’s the Leave the Pack Behind program.

What it comes down to though, is that it is going to be a rough road to quitting, as it is with any addiction. I am amazed with people out there who can quit cold turkey, but I am hoping my approach is successful this time. 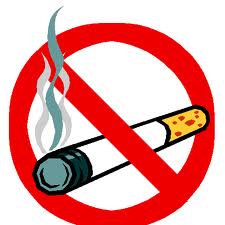 I will keep you posted!

In the meantime, let me know if you have any tips or tricks to quitting that you can share with me and the other readers.

2 comments on “Quitting: The quest to go smoke-free”