Slave to the Email

Like me, millions of people around the world are finding themselves to be slaves to email. This “new” way of communicating has actually been around for about three decades now, but seems to becoming a more and more popular means of communication every year.

Here is an example; in 2000, there were on average about 10 billion emails sent around the world each and every day. By 2010, according to The Radicati Group, that number skyrocketed to 294 billion a day! Can you believe it? 294 BILLION?! That means that more that 2.8 million emails are sent every second of the day, adding up to about 90 trillion each year! 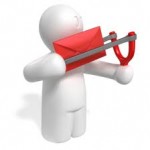 When you think about it, the number should not really be all that surprising. The world has approximately 7 billion people, and according to wiki.answers.com, over 4.2 billion have email accounts. That works out to every person in the world receiving about 70 emails a day. Of that, about 90 percent, or 63 of them, are labelled as viruses or spam and are not delivered. This means that each person, on average, receives seven emails per day to their inbox – some may get more, some less. I for one get on average about 25 emails to my inbox daily, but I know people like my mom get about two or three.

Once again, the jump in just under a decade is not at all unfounded; email has become even easier to use with access on laptops, mobile phones, and tablets. It is almost as if you are reachable 24/7. 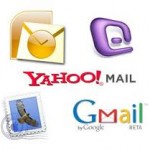 And that, my friends, is why we have become slaves to the email!

I mean, who doesn’t check their email obsessively throughout the day, feeling that if you don’t check every hour or two that the world is passing by without you? Also, who doesn’t get that emotional high when their inbox says “1 new message!” It kind of gives you validation in the world, and the lack of these messages leaves us feeling as if a grand injustice has been committed.

Workplace studies have shown that email, while its main purpose was to improve productivity and efficiency, is actually taking from these areas. People come in to work in the morning and spend anywhere from five minutes to two hours reading and replying to emails. Throughout the day, when they get an email, they stop what they are doing to read it. Most people now will actually email the person sitting next to them! How ridiculous is that?

Any which way you slice it – email is a part of the fabric of humanity now, much like the telephone or the internet itself. 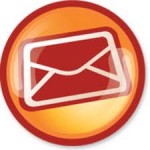 Now, here is some news regarding our very own utoronto.ca email accounts; they will be migrated to new servers VERY soon. This new initiative will see the servers outsourced and hosted worldwide; and while staff and faculty will retain their @utoronto.ca addresses, all of us students will be migrated to the @mail.utoronto.ca. It’s not a big change, but we are all going to have to update our contacts and information for mailing lists and whatnot. There is a two-year grace period, however, that will allow emails sent to our old addresses to be forwarded to the new ones.

So what is the benefit? Well, the biggest one I see is that our disk quota will go up to 10GB, plus an additional 25GB of storage through an integrated service called SkyDrive.

I know it is going a headache at first, but, it should be a better email experience overall heading into the future.

For more information about the email transition, you can check out the U of T email FAQ site.

What are your thoughts on email use, and the transition planned for students?

0 comments on “Slave to the Email”