How to defer fees online (aka, what happened to ROSI?) 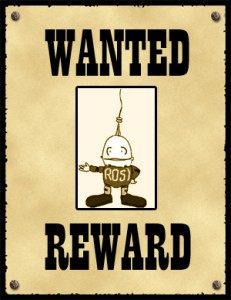 Have you ever wondered what happened to ROSI? No, not the actual repository, but the cute little mascot-thing with the CN Tower on its head. If you check out Wayback Machine, you can see that the mascot was on the site since 1999. If you go to the utoronto.ca page, you can still see what ROSI looked like. But it’s not on the actual ROSI site anymore. So what happened? Was there an abduction?

Before I tell you the story of ROSI, let me show you how to defer your fees online. If you are waiting for OSAP/other government loans, and can’t pay tuition yet, you have to defer your fees before August 19th. I know, it’s really soon and earlier than last year, but there’s a wonderful thing called Online Deferral that makes deferring as easy as 1-2-3 (4-5-6), literally. It’s the simplest and quickest thing ever, once you’re on the site.

How to Defer Your Fees Online (now with 100% more screencaps!) 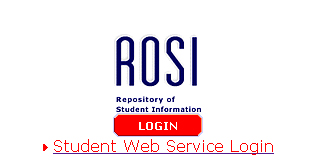 3) Click “Financial Accounts” – I know, this is actually harder than it sounds. I was faced with “An error has occured!” message for hours before I finally got in. But be patient, you’ll get in eventually. 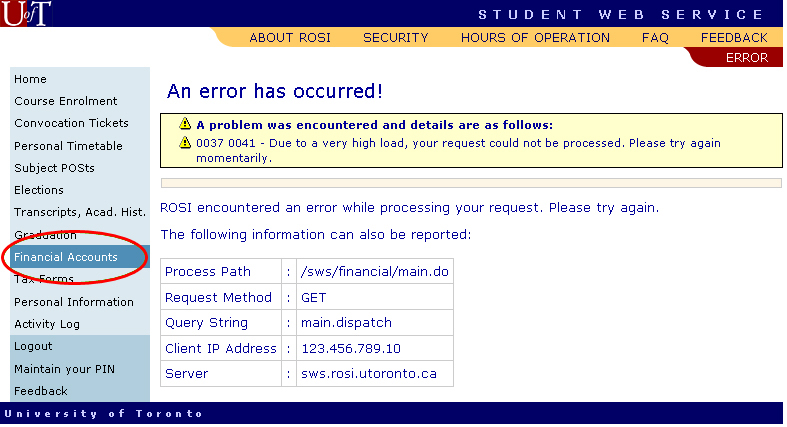 4) Once you’re finally in, scroll down. Make sure you’re eligible for fee deferral and click the “OSAP/Govt Deferral” button. 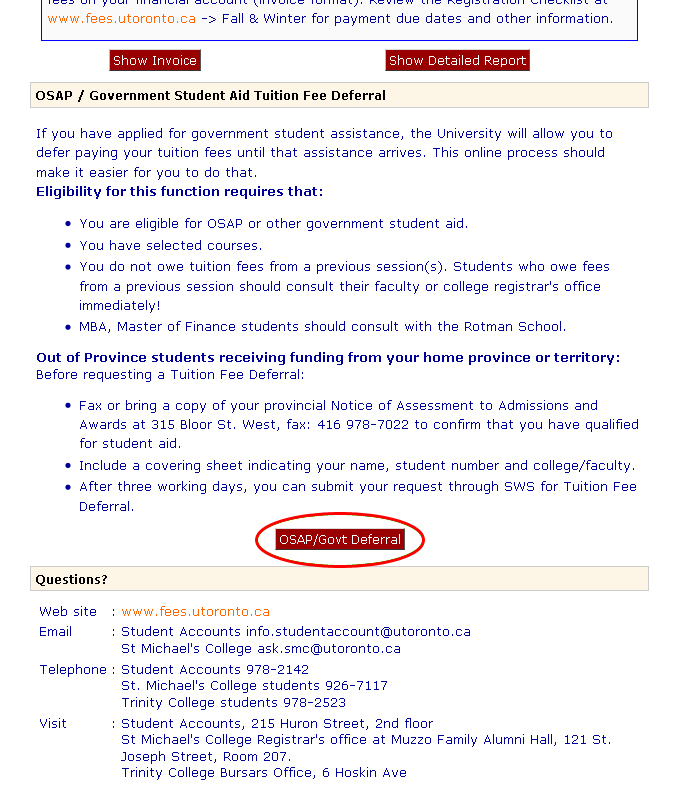 5) Click the check-box after you’ve read (and understood) the declaration. ROSI won’t actually let you continue unless you check. Now click the “Process deferral…” button. 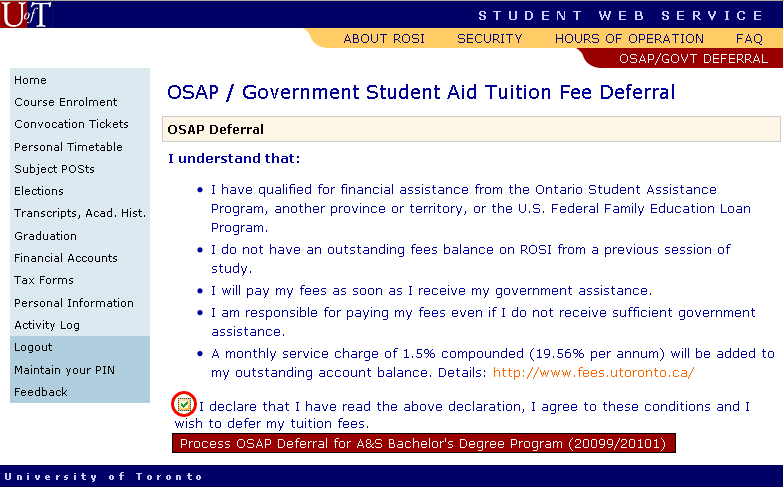 6) Ta-da! You’ve deferred your fees! It couldn’t be easier! Literally, a maximum of six steps! 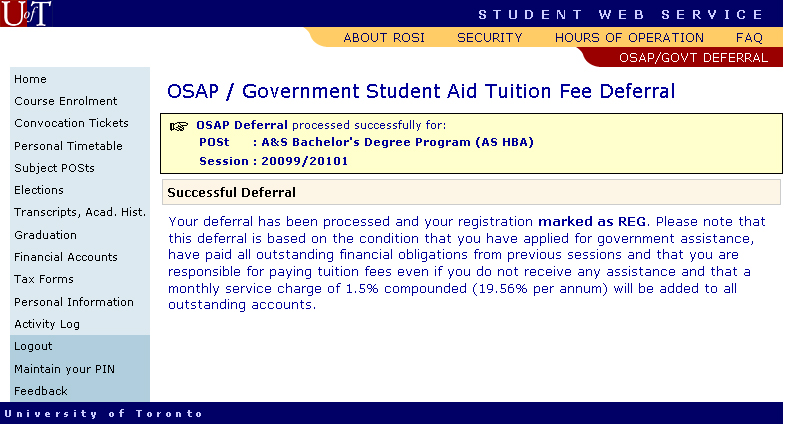 Bonus: Double check that you are now enrolled by going to your timetable. If it now says “REG” instead of “INV”, you were successful! If it hasn’t changed, give it some time before calling your registrar for further assistance.

Okay, so now that your fees are deferred, let’s get back to the juicy story of ROSI.

The Student Web Service (SWS) was created back in 1998 as a reponse to the Y2K scare. A contest was held to name SWS, and the name ROSI, which stands for Repository of Student Information and named after the participant’s sister, won. The mascot was created not long after in 1999, and in 2004, the people who made Gumby and Pokey made a model of ROSI. It’s limited edition of course, but I had the honour of traipsing to the office of Jennifer Leigh from Student Information Systems, to meet one of the few ROSIs still known to exist. 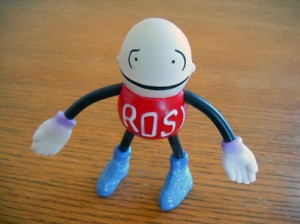 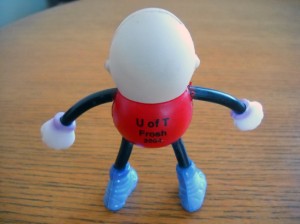 Isn’t it beautiful? Albeit, without the CN Tower head, but still, beautiful.

Anyhow, you may have noticed that the mascot is no more. So what happened? Was ROSI abducted? Kidnapped? Hacked?

Well, Jennifer told me: “We just decided it was time for ROSI to retire. That’s all.”

I know. Really, that’s all. The juicy story wasn’t that juicy after all. Nonetheless, it was cool meeting the little thing – Jennifer even gave me ROSI coasters! 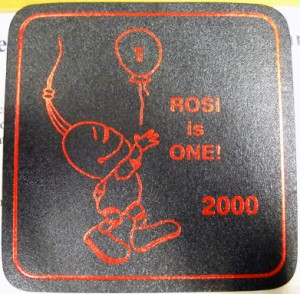 I’m going to leave you this week with two plaques I found in the office. 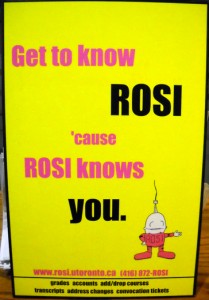 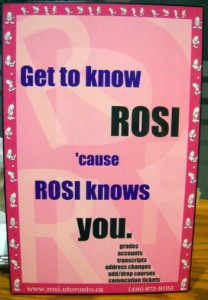 A little ominous and more than a little creepy, really, but the dancing ROSI border is admittedly adorable.

9 comments on “How to defer fees online (aka, what happened to ROSI?)”