I think I chose the worst time possible to start up a regular blog for u of t. This semester alone, my sister got married, my friend has moved into my basement and, on Nov. 18th, my grandpa died.

Each of these things will have some kind of big emotional effect on any normal person, but to have all three within the span of just a couple weeks is kind of overwhelming.

I think the only reason I’m currently writing this instead of lying in bed is because, to be honest, looking at this week’s pictures kind of cheers me up…so I may as well dive in. 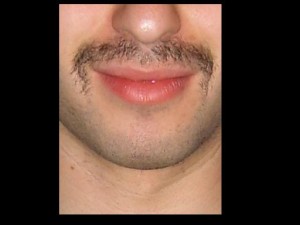 See what I mean?

I know…I know…a photo like that sort of screams for an explanation, doesn’t it? 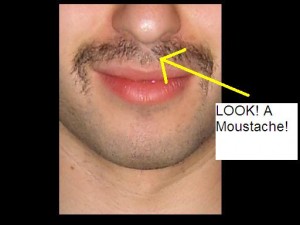 The only reason I have these photos is I happen to know a guy called Daniel Kahn.

Right now, he’s the Literary and Creative Arts Commissioner at University College… but I’ll have you know that I met him a while ago, back before all that glamour and honor was bestowed on him, and back when another fellow called Josh Penslar was still an undergrad at U of T.

Well, things have changed in the past year and now several men are running around UC this month sporting moustaches because of these two.

Wow, I know, what an intriguing set up.

Anyways, what these photos are doing is acknowledging the fact that it is Movember, the month when men grow mustaches to raise money (and awareness) for prostate cancer.

And that’s not a spelling error… it’s November with a mo for moustache on it.

As of this year, young Mr. Penslar is the Marketing and Communications assistant for Movember Canada and Danny, as UC lit. Commissioner, has brought Movember officially onto campus, by making a UC “mo Bros and Sista’s” team and encouraging the guys at UC to grow mustaches and get their friends/family to sponsor them as they do so.

* Movember is a worldwide month-long event, and in Canada the money goes to the Prostate Cancer Research Foundation of Canada. *

And here is UC’s man behind the moustache, Danny Kahn. 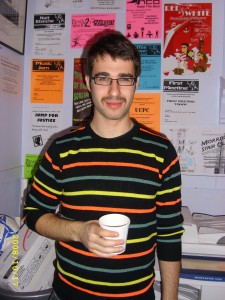 This wasn’t an easy photo to get.

I nearly didn’t get it at all, because I’d gotten a phone call just a while before this from my parents telling me about my grandpa, and to be honest, the last thing I wanted to do at that moment was stay around campus and photograph happy young people accomplishing good things.

I just really wanted to go home and get into bed, but I couldn’t because there wouldn’t be a car for me to drive home in for a couple of hours anyway (yup, commuting sucks).

But, in the end, I’m kind of glad I did stay…because at least now I have this gem: 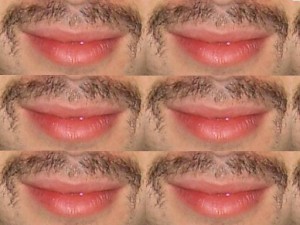 and for at least five seconds at a time, it definitely does make me smile.

* – Every year around 24,700 Canadian men are diagnosed with prostate cancer and about 4,300 die of the disease, making it the number one cancer threat to Canadian men.
– 1 in 7 men will develop prostate cancer in their lifetime.
– All men over the age of 40 are potentially at risk and should talk to their doctor about the disease and early detection. Prostate cancer is 95% curable if detected and treated early.
The money raised by Movember is donated directly to the Prostate Cancer Research Foundation of Canada who will use the funds to create awareness and fund research across the country into prevention, detection and treatment, with a goal to ending the threat of prostate cancer.

For those that have supported Movember in previous years you can be very proud of the impact it has had and can check out the details here.

3 comments on “Men of Movember”