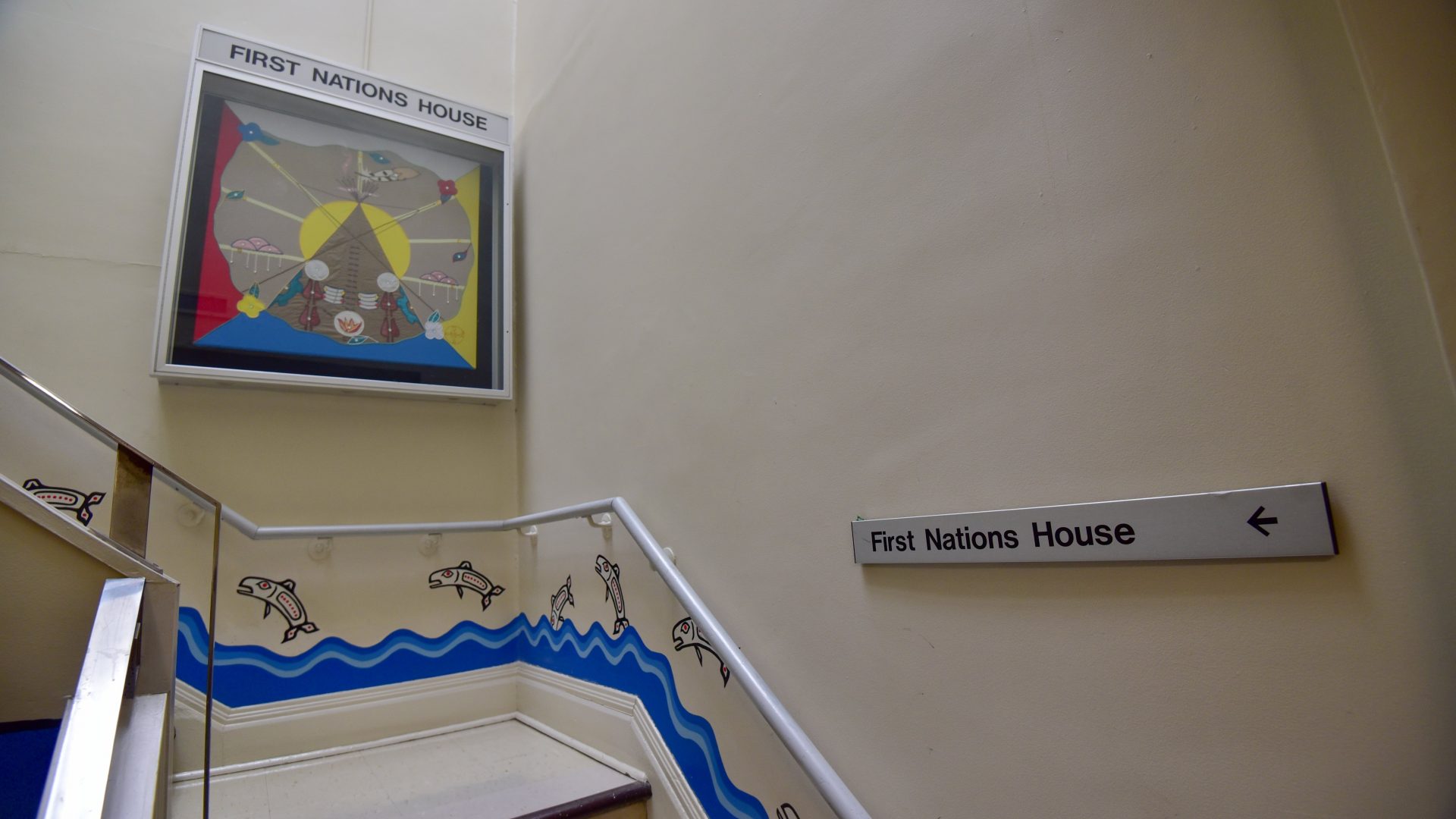 An Update on the First Nations House Renovations

Ey swayel! This week I’ll be talking about the renovations ongoing at First Nations House. First Nations House is currently located in a historic building at 569 Spadina Ave, in the Borden Building North. The building has a fascinating history. It was constructed in 1909 for the City Dairy Company Limited, which by 1915 controlled 40% of the Toronto dairy market. The company’s slogan was “If It’s City Dairy It’s Clean and Pure. That’s Sure,” in response to cases of contamination created by milk-borne disease that their new sterile facility in the Borden Building served to combat. Today, remnants of the old milk facility are still visible in the Borden Building North.

The construction project is a product of the Steering Committee’s 34 Calls to Action to the University of Toronto. The final report, written in 2017, made clear how critical the need to create additional Indigenous spaces on campus is. In fact, it was the very first call in the report.

In my research for this piece, I studied the report, and I would like to note that it identifies the need for additional Indigenous space aside from the current First Nations House building on Spadina Avenue. According to the Final Report of the Steering Committee for the University of Toronto Response to the TRC of Canada, “First Nations House should be a more prominent, visible space not only for Indigenous people on the St. George campus, but for all members of the University community … First Nations House space is highly restricted in terms of capacity, and is trying to serve many purposes in a tight space.” The report also asks for a place for spiritual practices in addition to an outdoor space that would foster a connection between Indigenous faculty & students and the land.

So, while the renovations certainly are a positive step, from an Indigenous student’s point of view, more work needs to be done to address the first call to action regarding Indigenous Spaces from the 2017 report. A dedicated outdoor space incorporated with Indigenous art where ceremonies could be held would be an excellent start.

0 comments on “An Update on the First Nations House Renovations”