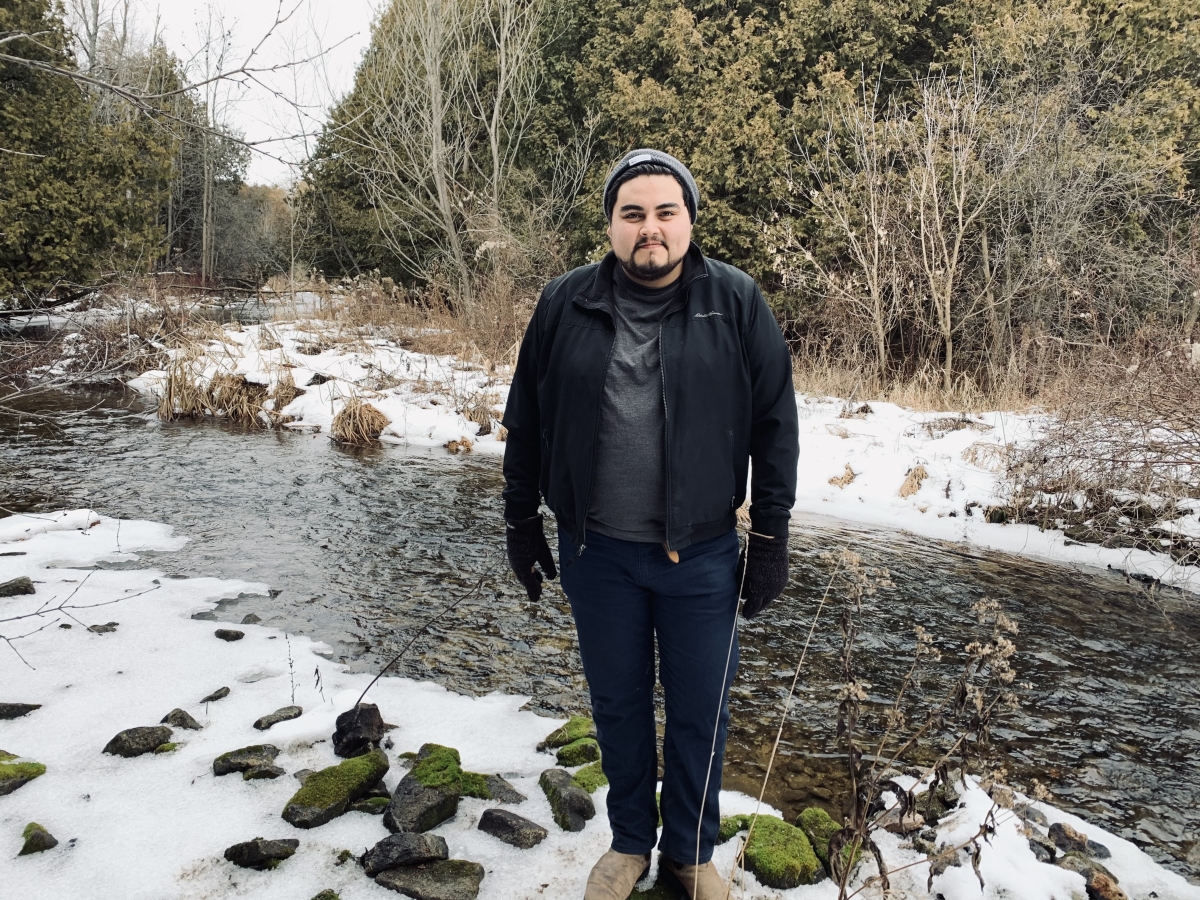 Éy swayel. My name is Kieran Kalls Rice. I am a first-year student at the University of Toronto. I’m the new blogger for First Nations House, and I will be writing about my undergrad experience from the perspective of an Indigenous student. I will also be reporting on events organized by First Nations House throughout the year. I’m double majoring in Indigenous Studies and English at the St George campus.

I’m of mixed heritage— my father is Coast Salish of the Cowichan Valley of Vancouver Island, my mother is a sixth-generation Scottish settler from Eramosa. I am a member of the Snuneymuxw First Nation; however, historically, my family’s closest ties are with the Cowichan and Penelakut tribes.

I commute to the city from a village that has been named Eden Mills, which is an hour’s drive southwest of Toronto, depending on how backed up the 401 is through Mississauga. Eden Mills is a new name for this land. It’s known by different ones in the languages of the Anishinaabe, Haudenosaunee and Attawandaron peoples, and these peoples have inhabited this part of the world for thousands upon thousands of years. I consider myself a privileged visitor here, even though it’s where I was born.

This first blog is intended as an introduction of myself, so I will only say one more thing. I began this post with a greeting in my family’s traditional Salish language; Halkomelem. I did this because I went back and read First Nations House blog posts from my predecessors who did the same in their respective languages. I will do this going forward, but I would like to point out that due to Canada’s projects of colonization and attempts to assimilate Indigenous peoples by stripping them of their languages, I know approximately six words of Halkomelem. Hello is one of them.