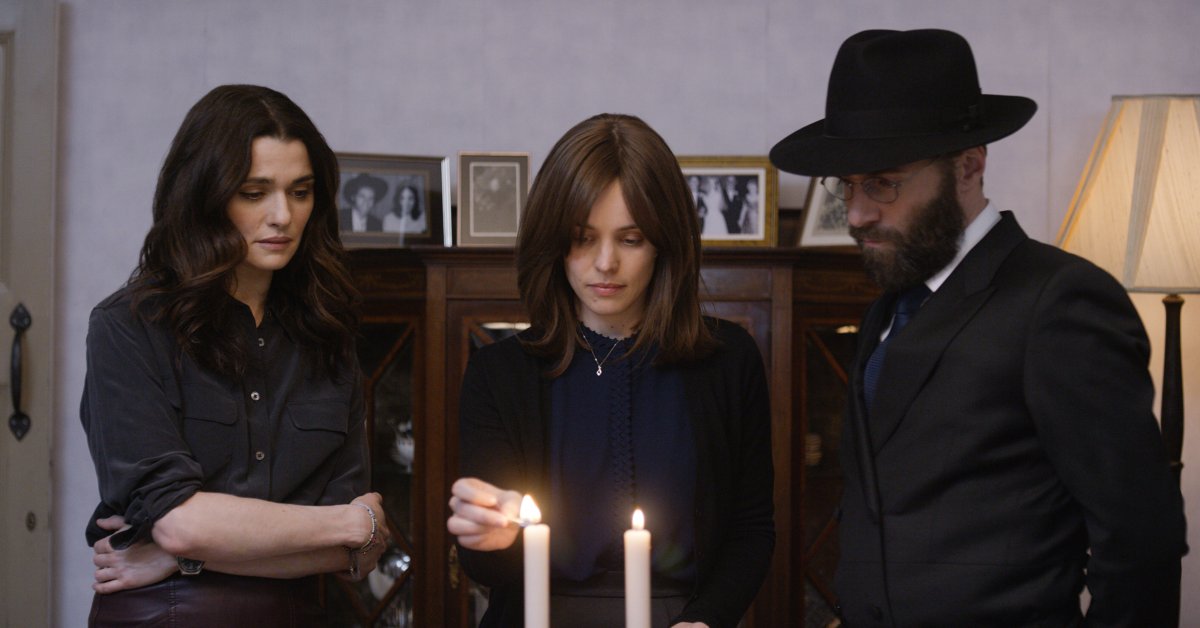 It’s easy to miss out on these events, because you can justify your absence by claiming that you can watch it on your own anyway. However, having a community of people to watch the movie with is remarkably more meaningful. With an audience on the other side of the screen, you’re able to share the cinematic experience–witnessing the plot’s highs and lows, the characters’ triumphs and defeats. This is especially because the event’s organizer and MFC intern, Savroop Shergill, arranged for a post-movie group discussion. This was arguably my favourite part of the night, because I was given the opportunity to listen to how others interpreted the movie.

The movie “Disobedience,” follows the character Ronit, who, after being excommunicated from her Orthodox Jewish community, travels back to her hometown for her father’s funeral. As the movie continues, we see the complexities of the characters unravel. Ronit’s childhood friends, Dovid and Esti, are now married–making Ronit’s homecoming even more emotionally draining. As the movie advances, we see the lesbian romance between Ronit and Esti slowly rekindle. The love triangle, and the friction between religion and sexuality, is explored.

Not knowing the plot of the movie beforehand, I realized that I had heteronormative preconceptions about how I thought the movie would unravel. During our group discussion, I mentioned that I had assumed that Ronit, upon arrival, had romantic tension with the male character, Dovid. In retrospect, I found it interesting that I immediately assumed that the awkward tension between the man and the woman was because of their own romantic history. Rather, it was Dovid’s wife, Esti, that had the previous sexual history with Ronit. This forced me to acknowledge how difficult it is to escape the biases and assumptions I carry with me.

I also enjoyed hearing the personal anecdotes of others during the discussion. For example, several event attendees reminisced about childhood memories of Jewish songs that were featured in the movie. One commenter also mentioned that they noticed the character, Esti, removed her wig in the final scene of the movie. I learned that some Jewish Orthodox women, like Esti, choose to keep their hair covered. Esti’s removal of the wig may be symbolic of her decision to break free from her marriage, and leave behind some of the restrictions imposed on her by the congregation.

Also discussed during this post-movie dialogue, was how wonderfully the movie captures the nuances of faith-based communities. The Orthodox Jewish congregation in “Disobedience” illustrates how some people and/or groups practicing religion can have problematic conceptions of LGBTQ+ identities. Although this mistreatment toward the LGBTQ+ community is inexcusable, characters like Dovid show that it is possible to love someone and want the best for them, while also grappling with homophobia.

Letting go of a religious community that has a toxic effect on mental, emotional, and physical health is a deeply personal decision. Ronit’s storyline particularly communicates the difficulty and heartache that comes with this decision. However, the film portrays both sides, and contrasts how Ronit and Esti experience the devastation of being excluded from either their sexual identity, or their community. In different ways, Ronit is hurt for choosing to leave, and Esti is hurt for choosing to stay.

Ashley Gold, a Women and Gender Studies Master’s candidate who led the discussion, commented that the movie, which often portrays characters at their breaking point, also showcases people who are “just trying their best”. Truthfully, “Disobedience” demonstrates how these rigid and harmful homophobic beliefs within some religious communities are hard to shed. Despite their best efforts, the characters stumble and fall, even when trying to do the right thing. Regardless, through love, Dovid comes to understand Esti’s desire to be set free, and accepts Esti and Ronit for who they are. Small, but significant, steps are taken.

The intersection of sexuality and religion is complicated, and religious communities cannot be painted in black and white. Nonetheless, films like “Disobedience,” only continue to foster the discussion.