The University of Tokyo’s Hongo Campus

My courses this semester are divided between the University of Tokyo’s two campuses: Komaba and Hongo. I spend most weekday mornings at the former before catching a train across the city to the latter.

Hongo is located at the site of the original Tokyo Imperial University, and is home to the university’s original departments: law, medicine, literature, and engineering. Meanwhile, Komaba Campus most notably features the department of arts and science. This division of departments has an important implication for exchange students pursuing double-majors; in many cases, it’s necessary to make the fifty minute trip between the two campuses in order to take a combination of courses that fulfills both majors. In my case, most of my East Asian studies courses are at Komaba, while my political science courses, oddly enough, fall under the law department at Hongo.

But travelling between the two campuses really isn’t so bad; I read and listen to music on the train to make the commute easier and more productive. Studying at Hongo has also given me the chance to explore a number of new and exciting areas in Tokyo. The Hongo San-Chome area surrounding campus is packed with cozy restaurants priced with students in mind. This neighbourhood also features an abundance of natural scenery. For instance, here’s a garden located about ten minutes from campus: 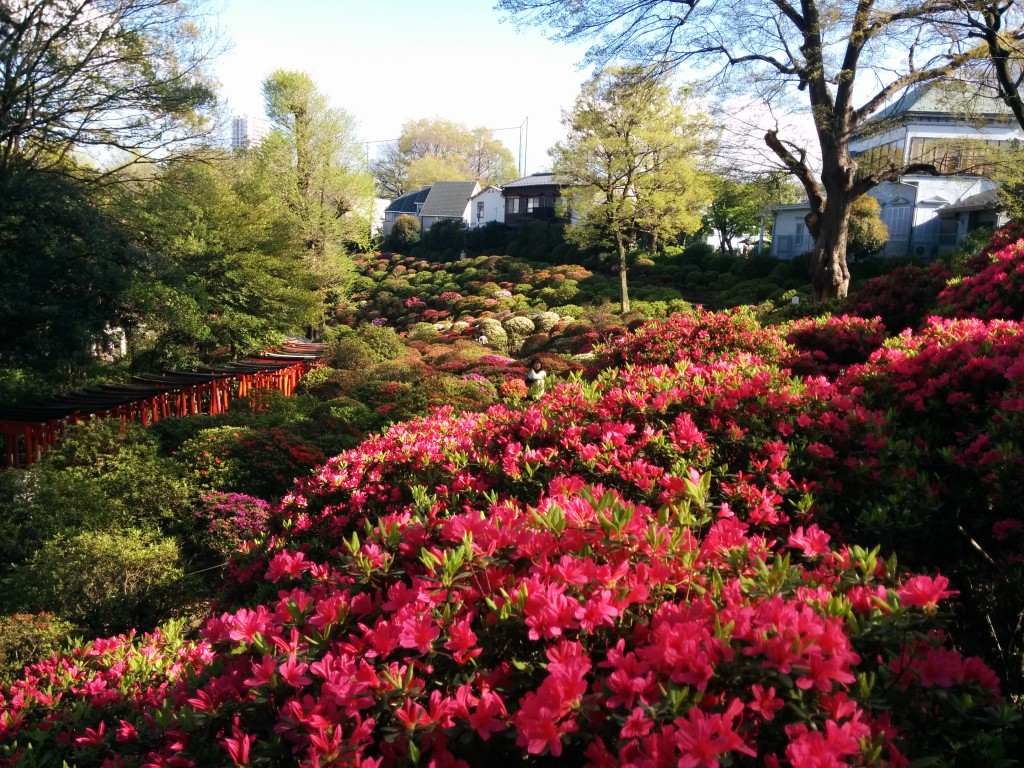 Meanwhile, Sanshiro Pond is a great place for relaxing within the confines of Hongo Campus:

Hongo is a relatively quiet area of Tokyo, but its close proximity to the more lively area of Ginza provides students with an environment that easily allows for both studying and hanging out. This is my last post, so I’d like to offer some concluding remarks. I can’t recommend studying abroad enough. My time here has been both academically and socially enriching, and I’ve learned some new things about myself along the way. That being said, I firmly believe that my time here has been rewarding because I’ve actively seeked ways to make the most of it. A year abroad is, like most things, what you make of it. It’s a personal experience – the value and purpose of which differ from one individual to another. I’m not going to succumb to the cliches that many travel brochures and study abroad programs present – that going to other countries necessarily “broadens your horizons” or “completely changes your outlook” (whatever that means), because it doesn’t necessarily. However, traveling at least provides certain opportunities that are often difficult, if not outright impossible, to attain at home, whether you choose to seize them or not. My time here has been incredible, mainly because I’ve pursued my Japan-related interests and made great friends. Being in Japan has given me the opportunity to continue my studies, while stepping outside of Trinity College. My time at the University of Tokyo has also reaffirmed my desire to live in Japan after graduation. In this way, studying abroad has given me a chance to reflect on my past years at U of T, deeply enjoy the present, and prepare for the future. I hope your exchange is just as rewarding as mine has been.

See you around campus in September.