A few friends and I checked out the University of Tokyo’s annual Komaba-Sai (駒場祭) festival last weekend. One day of preparation transformed the campus’ otherwise tranquil tree-lined corridors into bustling streets of food vendors and entertainers.

Almost every student group was responsible for managing at least one food both (yatai) around campus. The sweet and savoury aromas of yakisoba, karaage, and manjuu coalesced in the corridors. There were about ten vendors selling each of these items, making them some of the most popular dishes on campus. Extreme competition forced members of each vendor to market their product –  to desperately try to diversify it from the other similarly priced and cooked dishes; they made up for their products’ unoriginality with fierce enthusiasm and persuasion.

After indulging in a few dishes, we found our way to the performance areas. I was amazed by how diverse the types of performance were. In the forty-five minutes we spent at the stages, we saw dance routines, barbershop choruses, jugglers, hula dancers, and more. 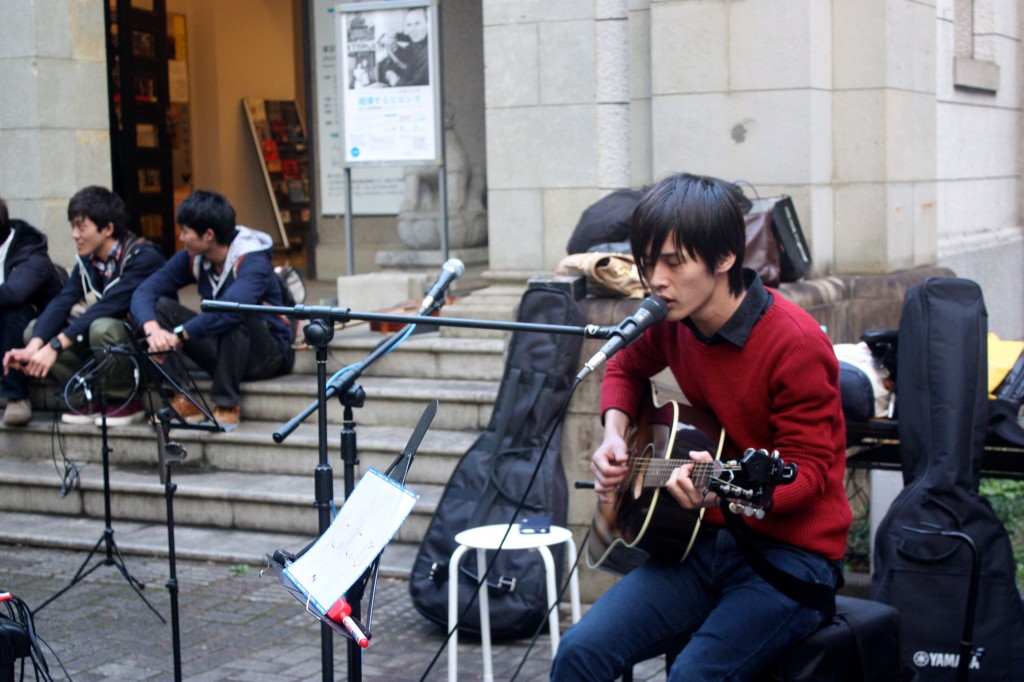 We found even more things to see inside some of the school’s buildings. Classrooms had been converted to exhibits for various campus groups. Similar to the performances, the classrooms represented the diversity of the University of Tokyo’s extracurricular activities. In one hallway alone, there was a room for chess, shougi, and go; a photography and film exhibit; an origami workshop; and a room displaying original optical illusions. These were just a few of the many showcases.

Every room promised something new and exciting to see. Our curiosity led us to every exhibit. After exhausting ourselves, we grabbed some yakitori for the road, and called it a day. The festivities ended shortly afterwards.

Komaba-Sai was one of the highlights of my time at the University of Tokyo so far. It was incredible to see every student organization represented in one cohesive event. The festival was revelatory; it was an opportunity for students to meet outside the usual setting of the classroom, and share their otherwise hidden hobbies with each other. The event also made me think of U of T. In a way, Komaba-Sai was a sort of grander version of U of T’s Clubs Fair in Hart House Circle, with even more club representation. Of course, U of T has diverse forms of student life too. I think it would be great for school spirit and club awareness if U of T could run a festival similar to Komaba-Sai: one in which all student organizations are represented in a celebration of student life.

That’s all for this week. If you have any questions about student life at the University of Tokyo, feel free to comment below.