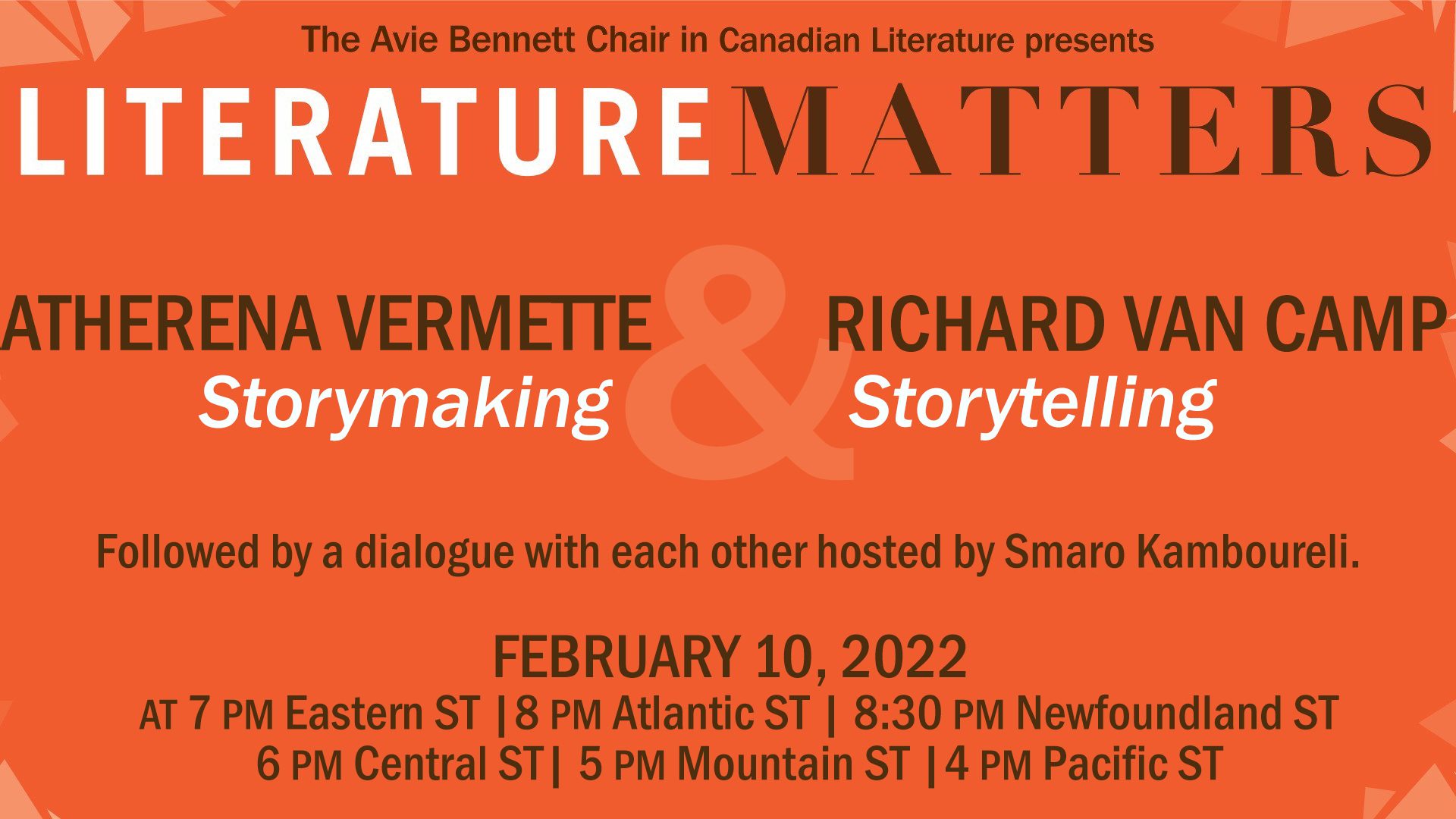 Ey swayel! Last night, I attended a webinar hosted by Smaro Kamboureli, who is the Avie Bennett Chair in Canadian Literature and professor of English at the University of Toronto. The event was called ‘Literature Matters’ and featured two heavyweights of the Indigenous literary world; Katherena Vermette and Richard Van Camp. In the opening, there was a tribute to the late Lee Maracle, who passed away in November of 2021. It wouldn’t be the last time Lee was brought up– the evening was punctuated by mentions of times she’d enlightened them on literary processes and guided them on their journey as writers. Once again, it was a reminder of how deeply influential Lee was to the community of Indigenous writers. And what a shock it is that she’s gone.

Writing processes were the theme of the evening, with the idea of failing as a writer (or being fired) explored in lectures by Katherena and Richard. It was a masterclass in writing from two talented and seasoned pros of the craft.

After reading a poem she wrote when she was 10, Katherena spoke about letting your writing be bad, the power of spoken poetry, and how every writer edits their work apart from Richard Wagamese. I was left with my faith restored in the poem as a form due to its sheer incorruptibility. As Katherena explained, a poetry writer’s intentions have to be pure because it’s impossible to monetize a poem.

Richard spoke of his journey as a writer in a style of long-form storytelling with deeply funny digressions. His story of being fired by a publishing house for failing to deliver a manuscript made it clear how hard it is to manipulate a story in just the right way to get it to work. Richard also talked about how being backed into a corner with tight deadlines often produces his best work as a writer.

Of the many virtual events that I’ve attended during the pandemic, this was my favourite. It was a comfort to be in the presence of people who could be so positive and full of good spirit despite devoting their lives to something so difficult and, at times, demoralizing. Listening to them speak about their work and struggles reinforced my belief in the importance of literature and how valuable the minds of those who dedicate themselves to writing fiction are.