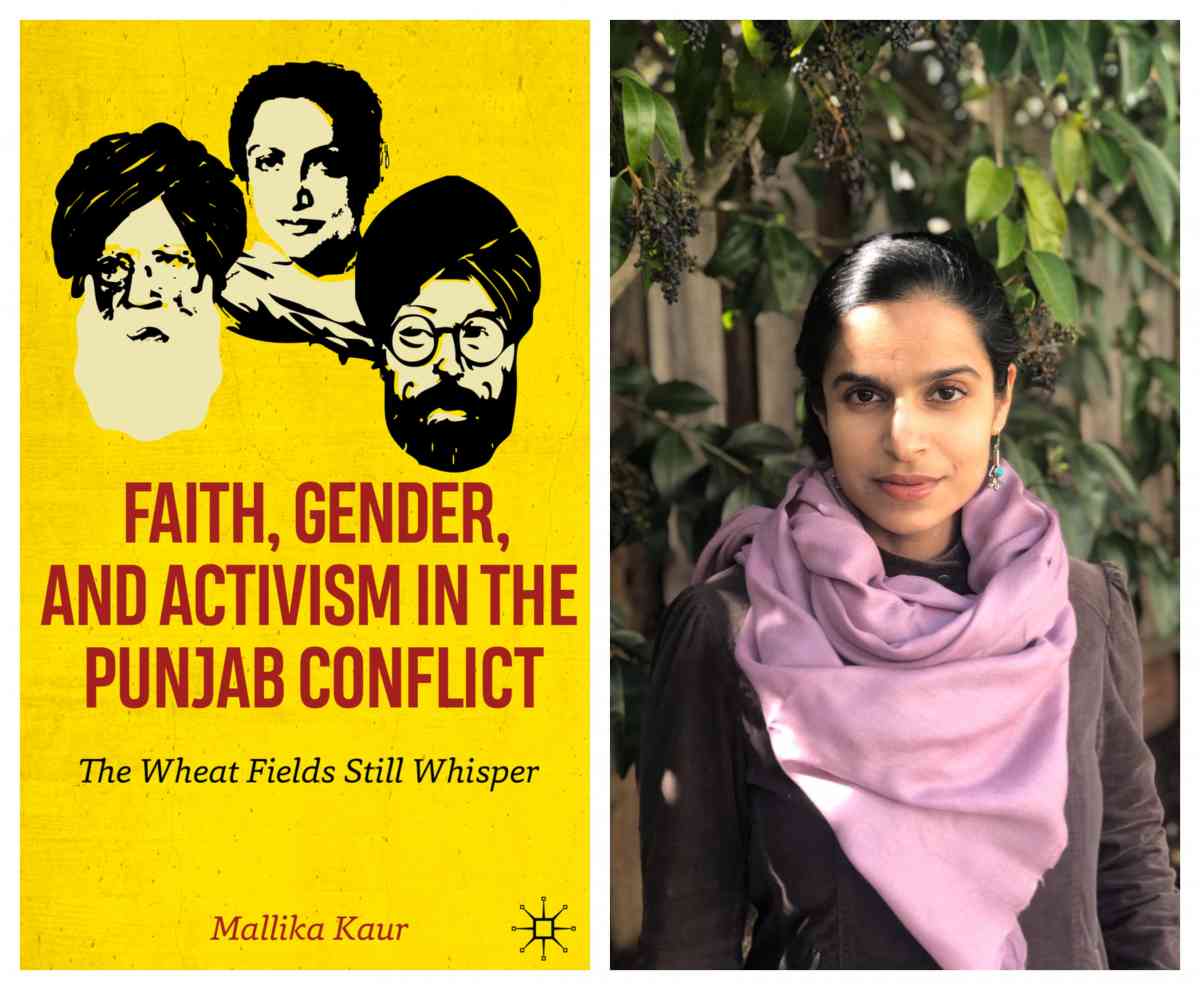 “The Wheat Fields Still Whisper,” a Discussion with Mallika Kaur

Mallika Kaur’s novel, Faith, Gender, and Activism in the Punjab Conflict: The Wheat Fields Still Whisper, depicts the history of Punjab’s conflict. Through interweaving timelines as well as personal documentation of events, Kaur fixates on three people who contributed to Punjab’s human rights movement. The Multi-Faith Centre co-hosted a panel discussion with Mallika Kaur, who described the importance of the individual stories which often get lost when conflicts are sensationalized or repressed.

Despite being continuously subjected to violence and discrimination, the Sikh community has persisted, existing in communities around the world. Yet, Kaur described the many ways the Sikh community has been impacted by the diaspora, beginning with Britain’s colonization of Punjab until the modern day. Therefore, how stories get told and traced is deeply impacted by this fragmentation. Moreover, although 36 years has passed since the Sikh pogroms, which injured countless lives and killed between seven and ten thousand people, Kaur noted that time does not heal all wounds. Survivors are unable to forget such horrendous and destabilizing instances of violence. Moreover, India has not left behind these divisive ways of thinking. Systemic discrimination continued in the aftermath of the attack on Punjab, and exists within policy and politics today.

Yet, Kaur described a unity that has emerged from the rubble, a solidarity that has kept the Sikh community alive and unshakeable. However, she also called attention to the repression of trauma among many Sikh survivors and the generations that came after. The effects of intragenerational grief are deep-seated, and difficult to uproot. This is especially because family and community members, who exist close to trauma, tend to make the assumption that survivors don’t want to talk about their experiences. In Mallika Kaur’s case, she has found the opposite to be true. For her novel, Kaur interviewed several survivors and discovered, not only a willingness, but an urgency to share their story. Kaur told the event attendees that she sat down for a series of long, in-depth conversations with people who experienced violence first-hand. She did not interact with them as an interviewer, but as an intense listener with the intention of hearing and deeply caring about what they had to say. Being heard and acknowledged cannot fix the past, but perhaps it can bring forth some feeling of catharsis for survivors, especially if they have been told to forget .

During the discussion, Kaur emphasized that she framed this conflict in her book, not primarily as Sikh and Hindu violence, but as State violence. Through policy and rhetoric, the state deeply influenced how their citizens perceived one another, leading to hatred between groups and ensuing massacres. Similarly, Kaur intentionally ended the book before the 1984 riots because the massacre often takes the focus in other popular accounts. Kaur was afraid that the individual, more human elements, would get lost in a maze of violence, politics, and conspiracy theories.

Mallika Kaur also noted that there is a need for the stories that are kept out of mainstream media, overshadowed by the same tales centering White voices and experiences. In opposition to this standard, Kaur urges that the repressed accounts of historic events, like those of the characters in her novel, are often the most important, yet they go untold. Therefore, when they are brought into the light, they must be framed on their own terms and in their own voices. Highlighting the power of modern activism, Kaur noted the significance of individuals speaking up and protesting as much as possible so that oppressive forces do not conceal the truth or control the narrative.

Growing up, Kaur described witnessing contradictory statements from the media and from the people in her life. She heard calls for egalitarianism, rebellion, speaking up, and standing up for what was just. Yet, she also grew up surrounded by fear, repression, and was often told to be quiet. This desire to hear such stories comes from her curiosity to ask the questions she was not allowed to ask. Faith, Gender, and Activism in the Punjab Conflict: The Wheat Fields Still Whisper is her attempt to search for the messy truth within the individuals whose stories need to be heard and shared the most.

To learn more about Multi-Faith Centre activities, check out the calendar for descriptions and dates of upcoming events! The link is below:

0 comments on ““The Wheat Fields Still Whisper,” a Discussion with Mallika Kaur”