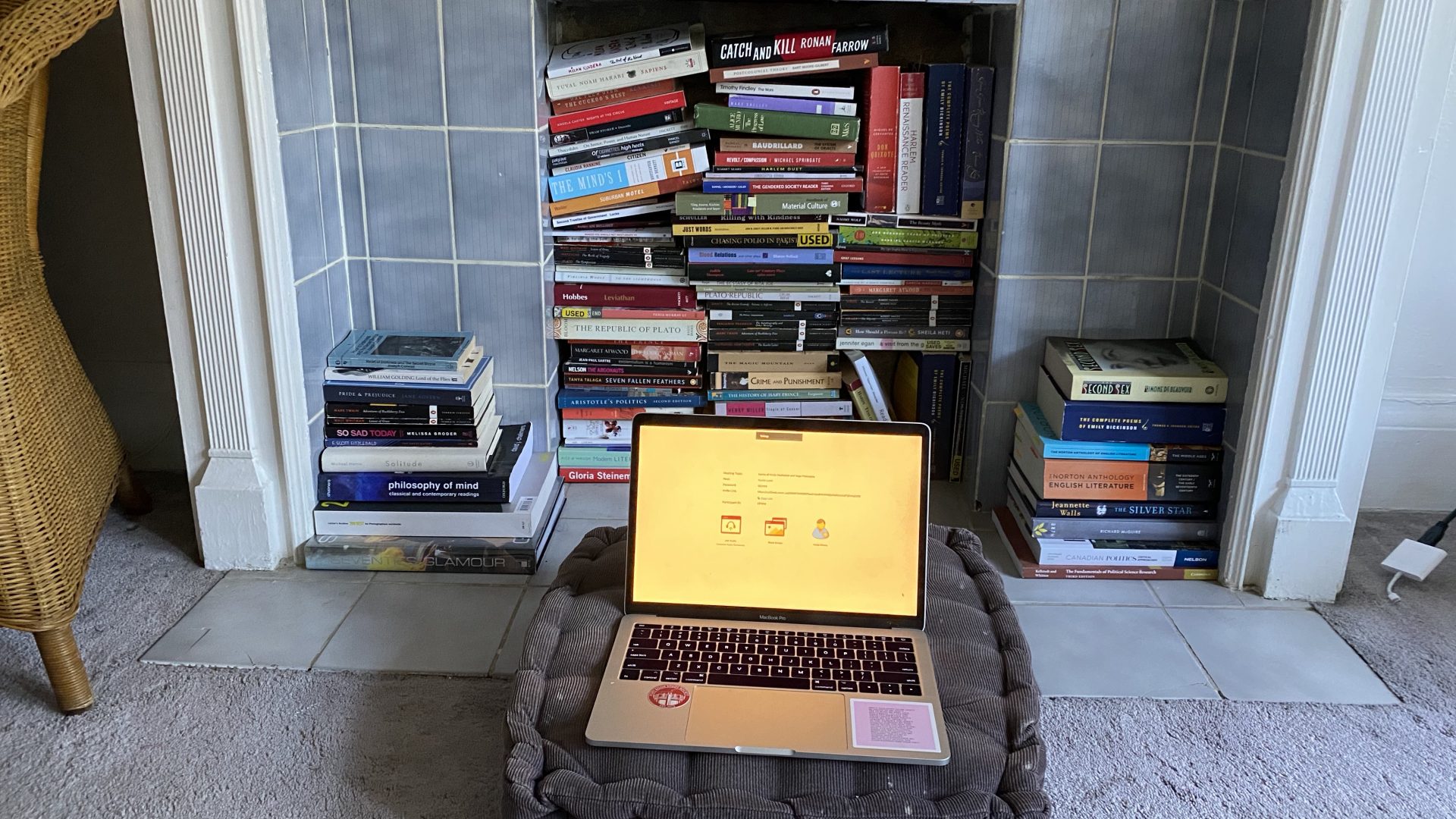 Meditation in Hindu and Yoga Philosophy

Yoga and meditation has recently become a popular method of de-stressing in Western society. Although the West has adopted these practices as a tool for reflection and mental wellness, it’s important that we ask ourselves where such traditions come from, and appreciate the histories and cultures that created and continue to practice these customs. The Meditation in Hindu and Yoga Philosophy class allowed me to experience the specificity of a religious meditation session, involving Hindu concepts, ideas, and language. I had the pleasure of not only practicing the meditation, but also learning from it.

The meditation began with a short chant, which recognized that we existed, in that moment, to look inward. The instructor, Anita Balakrishna, then gave a tribute to the ancient practices, giving thanks and homage to ancestors who shared and past down these traditions through generations.

Anita then explained that in Hindu philosophy, the basis of suffering informs meditation practices, because it asks that you sit in your discomfort. I found this enlightening considering the state of the world today, where we’re constantly told to repress and carry on without addressing the underlying issues that cause us stress or sorrow.

We repress our emotions for many reasons. One reason being that in our capitalist society, we’re taught to be as productive as possible, which leaves no room for sitting in our sorrow and acknowledging our heavier, more distracting emotions. Instead, we tend to immediately push it to the back of our brains to continue working. The second reason is that, as human beings, we naturally want to avoid suffering.

The Hindu meditation practices pushed back against this habit. Instead, we were told to recognize that suffering is unavoidable. The only thing we can control is how we choose to deal with the pain, how we continue forward, and how we acknowledge the sorrow that unavoidably plagues all human beings from time to time. The key to dealing with such turmoil is that we have to accept the present moment. I realized that I’m constantly rushing through moments, thinking and worrying about the future. This mindset sometimes causes me to ignore, not only the pain, but also the joy of fleeting moments.

Meditation can also help us feel the areas that hold pain. We focused on deep breathing for most of the class, where we paid special attention to the area in the middle of the chest below the rib cage, the seat of prana. When we were asked what we held there, I soon realized that I held anxiety, which had gone unnoticed, but undoubtedly had been simmering throughout the day. Acknowledging this stressor was frightening, because I finally had to face my suppressed fears. However, at the end of the session, I felt lighter. I realized I could carry on with my day, not by disregarding these feelings, but by embracing them, listening to them, and then moving on.

We ended the meditation with a chant — a tribute to knowledge. The instructor told us that this chant can be carried in our hearts, because it holds an innate wisdom that allows us to cope with the change and suffering we constantly face in this world. I found this especially relevant in these COVID times, where we are constantly adjusting, in a never-ending period of fluctuation. The world and its collective heart feels very heavy at times. This meditation session allowed me to feel like I can accept the pain that comes with these inevitable changes and movements. At the end of the meditation, I felt like I could breathe a little easier.

Attending the Meditation in Hindu and Yoga Philosophy event did help me achieve the typical benefits of meditation and yoga, such as a clearer mind and an energized body. But more importantly, I was able to explore and connect with the culture and the ancient traditions that have informed the westernized yoga that I have previously been exposed to. Knowing the specific words for acts like deep breathing, and being taught the reasons for why deep breathing helps us heal, brought another dimension to the practice. As opposed to previous Western yoga sessions that I have attended, this time I knew what to search for within myself.

Doing the movements and going through the motions in western yoga does have physical and mental health benefits, but diving deep into religious and culturally informed meditation rituals is noticeably more meaningful. I walked away from the session understanding my purpose in meditation, and how I should listen and react to my own body and emotions. At the end of the meditation, I not only had an appreciation for Hindu philosophy, but I also felt like I could breathe a little easier.

0 comments on “Meditation in Hindu and Yoga Philosophy”