Rumor has it that travelling abroad refines us into more cultured people, and to that, I’d have to agree. Here are the ways I’ve developed a healthy appreciation for culture and learned lifelong lessons about human nature, while studying abroad on my outbound exchange program in Spain.

My Appreciation For Spanish Cuisine

Before coming abroad, I’d heard so much about Spanish food and the rave reviews actually led me to assume that the Iberian diet would be overrated. And it is, until you try a Tortilla de Patata from La Buha (a chain Spanish restaurant with hefty portion sizes) or Patatas Bravas from a local cafe. There are just so many foods that live up to the Spanish reputation of healthy Mediterranean food. Essentially, the trick is to find the restaurants that the locals frequent and you will pretty much guarantee yourself a pleasant dining experience. 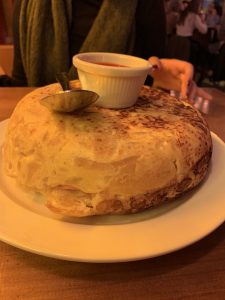 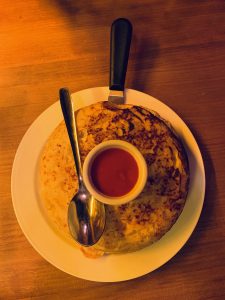 An Affinity For Language Exchanges

I’ve found that meeting up with people to speak your target language really boosts your confidence in your non-native language. From language apps to Meetup groups, the people I’ve met during intercambios or Spanish language exchange have been invaluable to my experience here in Spain. Not only have I developed a new interest in Spanish, but in language learning as a whole, and I’m excited to master Spanish entirely so that I can move on to Arabic or French or Yoruba. 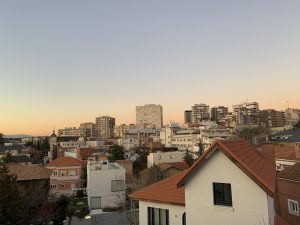 An Adoration of Foreign Cinema & Television

I’ve gone from watching mostly American programming to filling my nights with Spanish, Mexican, Colombian (and more) films and television. Simply exposing myself to foreign media and enjoying it has made me far more open-minded to different types of cinema and television. Korean dramas, French dramas and Italian films are now my go-to choice for a self-care night of feel-good entertainment.

Here in Spain, restaurant waiters will ignore you until you demand their attention. People will often make an abrupt and direct demand like “get up!” or “grab this for me!” without prefacing the request with “please” or “thank you”, as we would do in Canada. This obviously has the potential to offend those who don’t adjust their mindsets to understand that politeness (as we know it in Anglophone culture) is simply not a thing in Spain. 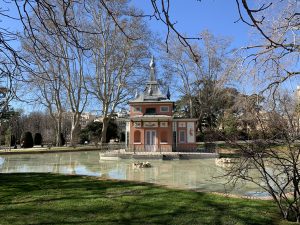 While there are some cultural norms, it’s not rude to make a direct request. Spaniards see this as simply making sure their needs are met. The individualistic Spanish “do for self” mindset ensures that people consider their own needs before the needs of others, while not at the expense of others either. In a way, I’ve come to appreciate the lack of pretenses and the level of social honesty. If a Spaniard isn’t getting their needs met, they’ll make it known. Maybe us North Americans can learn from this.

0 comments on “New Hobbies, Tastes and Interests That I’ve Developed While Studying Abroad”