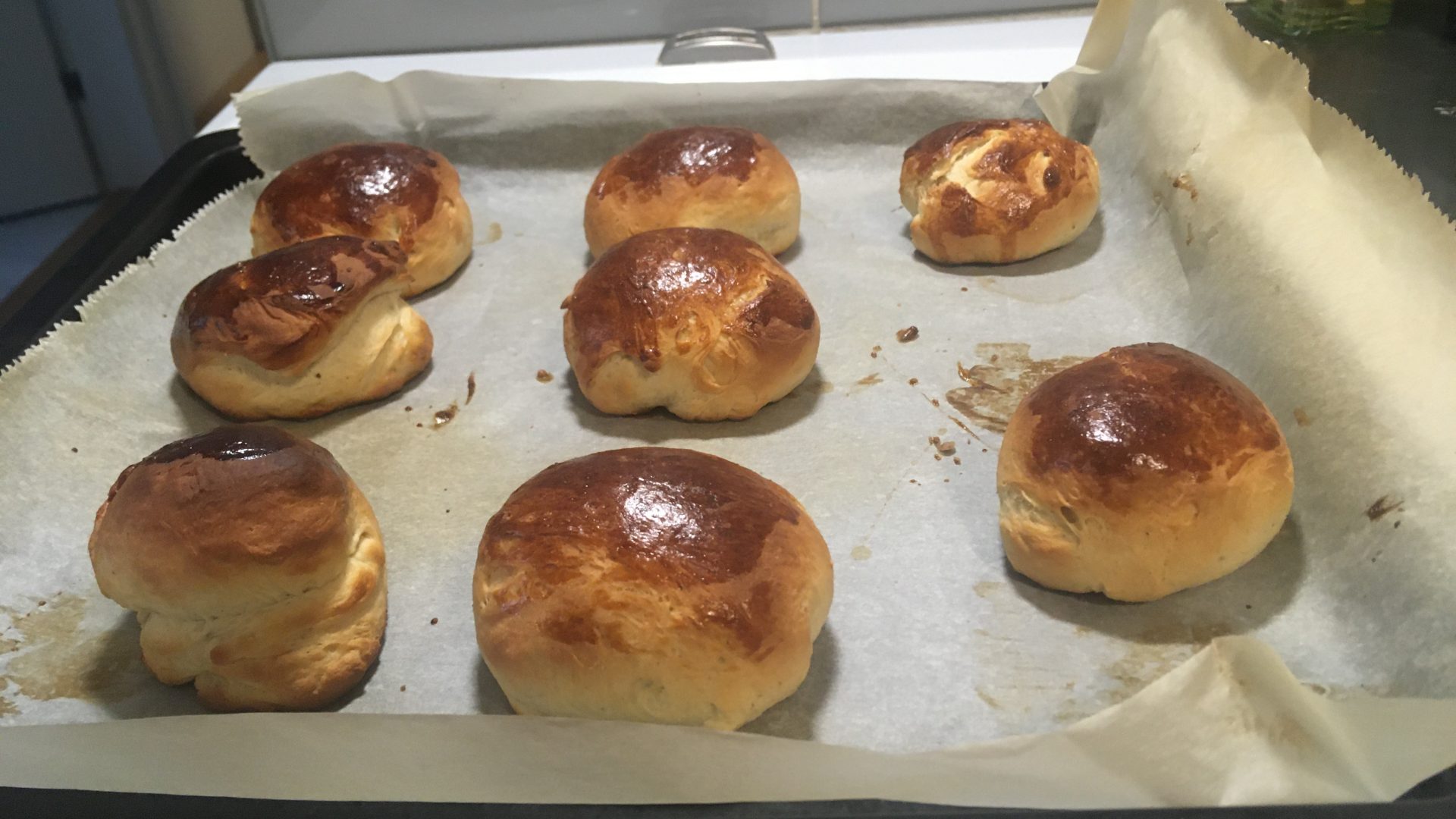 One of the things I enjoy most about travelling is trying new foods, and Finland is no exception. This month, I’ve especially been enjoying Finnish pastries, from savoury to sweet, seasonal to year-round. Here are a few of my favourites so far:

Karjalanpiirakka (Karelian Tart)
These savoury pastries filled with rice seem to be a staple of Finnish breakfasts. You can get them at most cafes, and you can buy them by the bag in the grocery store. I’ve been buying a bag every week and freezing them, then heating them up in the oven–sometimes for breakfast, and sometimes just when I feel like it! My favourite way to eat them is with butter smeared on top so that it melts, but people get creative with the toppings, from cheese and eggs to smoked salmon.
Runebergin Torttu (Runeberg Torte)
According to finland.fi Johan Ludvig Runeberg (1804-1877) is regarded as “Finland’s National Poet.” He wrote what would become the lyrics of Finland’s national anthem, but he is also famous for the cakes his wife made for him, which are now called Runeberg Tortes, and eaten every February to commemorate his birthday. The torte is made with almonds and breadcrumbs, and soaked with rum or punch, before being topped with raspberry jam and a ring of icing.
Korvapuustit (Finnish Cinnamon Buns)

You’re probably familiar with cinnamon buns, but did you know they originally came from Scandinavia? In Finland, they are topped with sugar flakes instead of icing. If you’ve been following my posts, you’ll know that I’m in the midst of a love affair with these pastries. They are a perfect pairing with a cup of coffee!

According to Tourism Finland, almost 75% of the country is covered in forests. Hence, an abundance of berries, which have made their way into Finnish pastries. Northern European “bilberries” are very similar to North American blueberries, and the two are often conflated, but bilberries have a tarter flavour. The pastry of this pie is more cake-like than North American pie, and it is often cut into squares to be served in cafes. I had mine topped with vanilla cream. Yum!

“Pulla” is the Finnish word for bun. They are sweet and made with cardamom, and they are eaten all year round. “Laskiainen” is Shrove Tuesday, a Christian holiday when people traditionally use up all of their eggs, dairy and sugar before fasting for Lent. Laskiaispulla were originally the Finnish means of doing this: a “pulla” is cut in half and filled generously with whipped cream and raspberry jam. Though it’s a little early in the season, I was inspired to make a batch of my own Laskiaispulla this weekend, using this recipe from Finnish food blogger Asli. I was nervous about trying them, because I have never made bread by myself before, but they were surprisingly easy to make, and they scored me some serious points with my roommates! Try them yourself, and enjoy them with friends.

2 comments on “My Finnish Pastry Adventures”