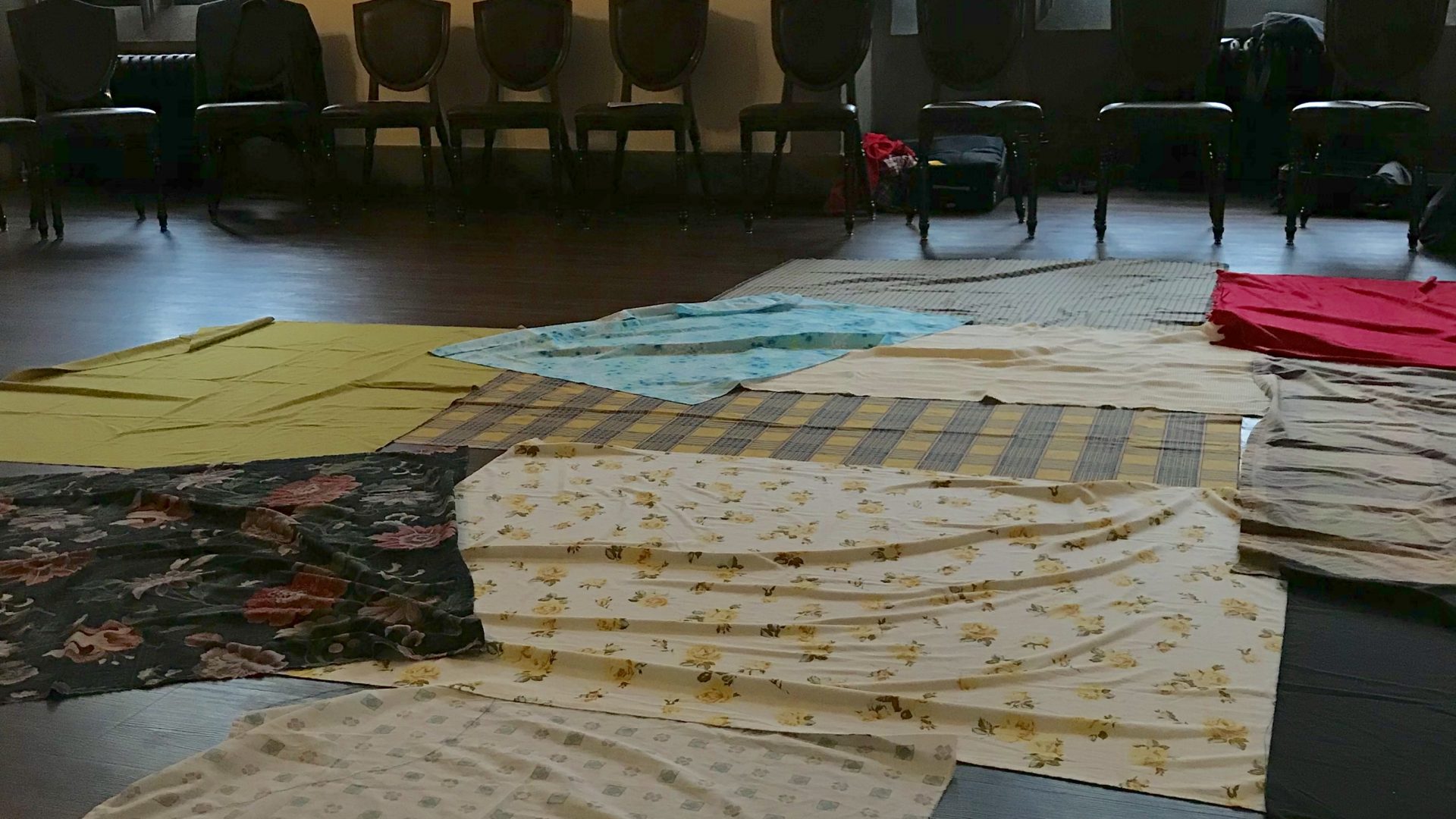 I didn’t know what to expect when I decided to attend The Blanket Exercise. I knew that it would be an educational experience on Indigenous affairs in Canada. However, I didn’t know just how emotional and interactive the history lesson would be.

In an hour and a half, the event attendees were completely immersed in the darker side of Canadian history, the one that’s barely grazed over in Canadian classrooms. As I walked in to Hart House’s East Common Room, approximately 50 people were seated in a circle. It was dark inside the room as the rain poured outside. The windows were open and one of our facilitators, Carolynne Crawley, reminded us that rain is a sign of fresh beginnings, a cleansing of the soul.

In the middle of the chairs, blankets of different colours and patterns covered the ground so that the floor looked like a giant quilt. As the exercise began, participants were asked to walk in the shoes of Indigenous people throughout history and to stand scattered on the blankets that would represent their land. Carolynne read aloud Canada’s history and narrated the series of events that would ensue. Meanwhile, Cathy Hunt and Anke Heiser, two other facilitators, would represent the European colonizers coming to “discover” the Americas. At the beginning, the relationship between the Europeans and the Indigenous were friendly, but slowly the blankets we were standing on, representing Indigenous land, became smaller and smaller. The European colonizers scrunched the blanket around our feet until the blankets looked like tiny islands in a sea of bare floorboard. As the exercise continued, participants were slowly asked to be seated as a representation of those who died at the hands of colonizers. Today, Indigenous people own only 0.2 percent of Canada’s land. Treaty agreements were abused, land was taken without consent, and diseases brought over by the Europeans settlers and other genocidal tactics killed over half of the Indigenous people. Some territories were relocated to new and unfamiliar land, and many people were separated from their families. Processes of assimilation including the Indian Act, took away their rights and residential schools forced children to be taken from their families and their culture, where many suffered multiple forms of abuse. Not only did this entail cultural genocide, it also contributed to generational trauma. 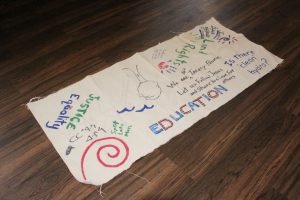 At the end of the exercise, the blankets were reduced to nearly nothing and few people remained standing. The facilitators of the event reminded us that our ancestors are not us, but there is still a lot of work to be done in the reparation process, and injustices against Indigenous people persist today. Many Indigenous communities are afflicted by alcohol and substance abuse, as well as high suicide rates, a result of centuries worth of trauma. The Canadian government has failed to supply many communities with clean drinking water, proper housing, and schools in close proximity to the reserves, forcing many families to send their children away to get an education. For example, an Ontario First Nation known as Grassy Narrows is without clean drinking water because of mercury poisoning in their water.

It is important to understand Canada’s dark past, not only because learning the truth of our history is important, but also because the effects of this past has created endless problems for Indigenous people today. Whether you are already aware of Canada’s colonial history or not, the Blanket Exercise is an emotional and necessary experience that should be mandatory in the Canadian education system. It made me realize just how crucial sincerity and empathy is in moving forward. The significance of asking questions to understand the truth should never be underestimated. To see change, it is necessary that non-Indigenous Canadians ask how we can help in the reconciliation process, beyond empty apologies. With open hearts, open minds, and the desire to see concrete change in Canada’s dealings with Indigenous affairs, hopefully the cycle of abuse will be broken.

For more information on the Blanket Exercise, you can visit the KAIROS website:

0 comments on “Experiencing Indigenous History in Canada: The Blanket Exercise”