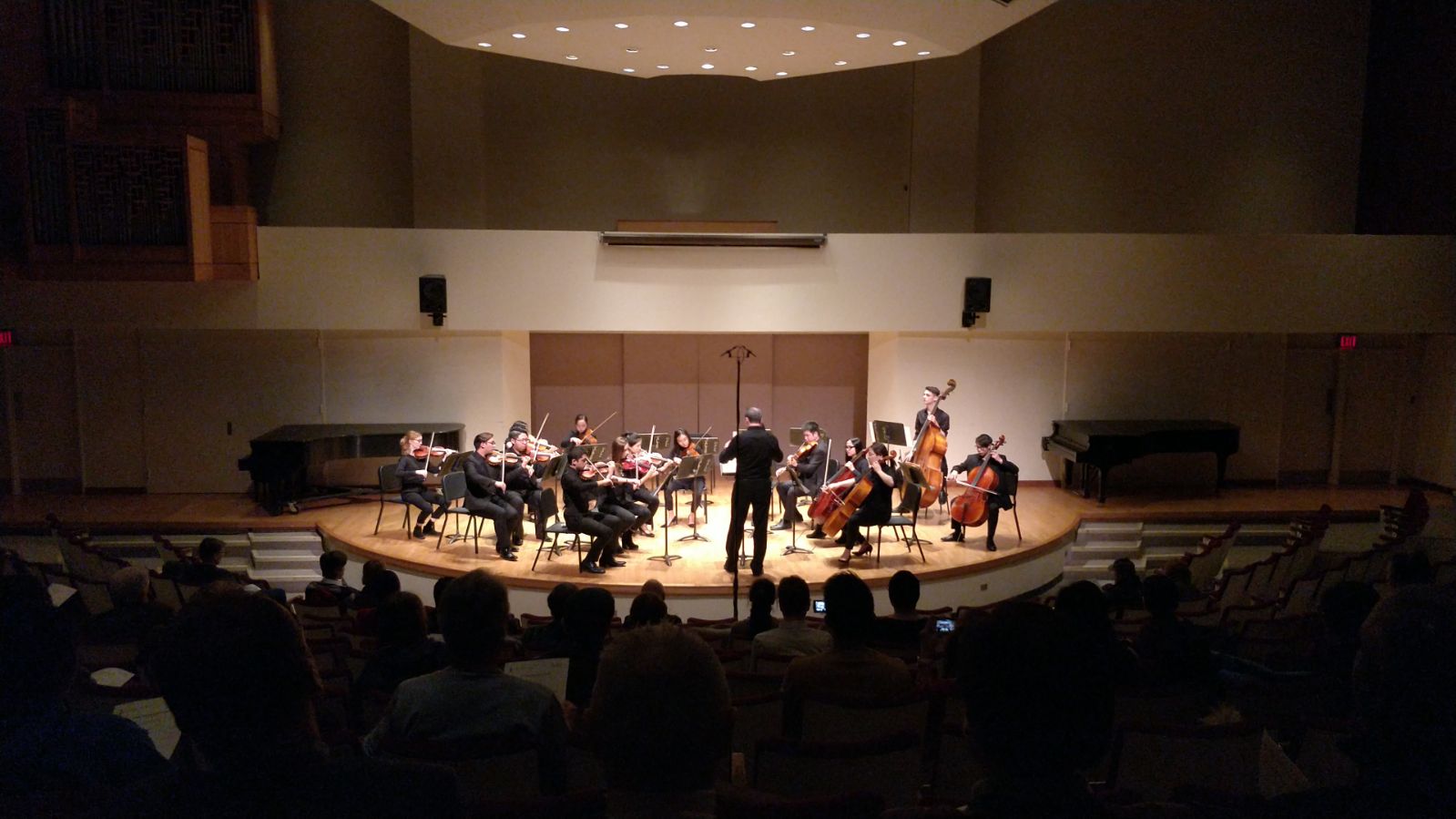 The Faculty of Music is Pretty Cool.

When most of us think about music events, we think about concerts and shows that might be happening around the city or maybe even by our faculty or program. Chances are, those aren’t free. So, I thought, U of T is big. There has to be more. That’s when I found this events calendar by our Faculty of Music. I decided to check it out one night. This particular one was by the U of T Concert Orchestra. I didn’t know what to expect. My knowledge of music did not extend beyond some Mozart, Beethoven, and Bach. I knew a little more from Brandon from the TV show, The Fosters. Oh, and I also knew that Beethoven slowly became deaf during his career and still continued to produce amazing work. Regardless, I made my way to Walter Hall – the first time I had stepped into Music’s territory. 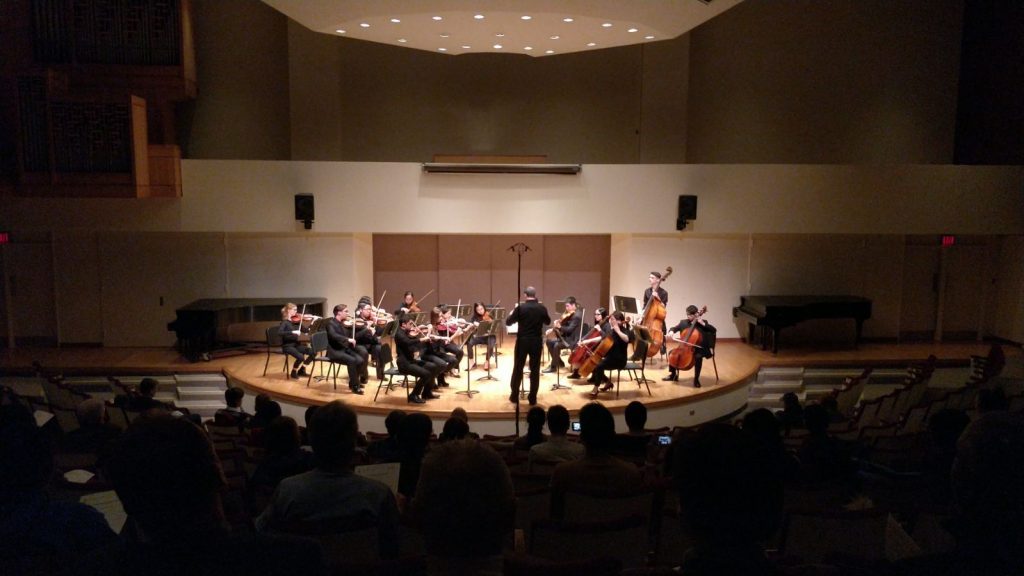 It was a nice little auditorium space, the lights were dimmed down, I could see the podium where the conductor was going to stand, and all the musicians were seated perfectly. I was surprised to see so many people there on a Wednesday night, and so into the performance. I felt like I was missing some major component, as if I needed a translator of some sort (probably due to my lack of background knowledge on how anything worked hah)

At the beginning of every piece, the conductor made sure to explain the stories behind the work. The kind of emotions we would be feeling when it played really did correspond to the stories. The first few started out with slower, calmer music and built up with each, getting crazier at what I’m going to call the climax. At one point, it was as if the two sides (the left half of the stage and right half) were arguing with each other, other times singing in harmony. The instruments were more than just tools, they were in a way singers themselves – hitting all sorts of notes. What I was trying to figure out was what it was that the conductor was doing and how the players seemed to just understand all those gestures and respond to them perfectly.

The harmony is what I found most interesting – how so many people can coordinate in so many ways. It wasn’t like synchronised swimming or something. Each person had a different role to play but it all worked together so well. It wasn’t like listening to a band or group either, where you know ok that noise is the drummer’s work, that one is the bass guitar, those are the vocals. This was different.

Overall, I think everyone should experience and expose themselves to what other programs and faculties are also up to. While we’re at U of T, why not check out science labs, engineering work, architecture studios, music performances, business conventions, student art exhibitions and so on? 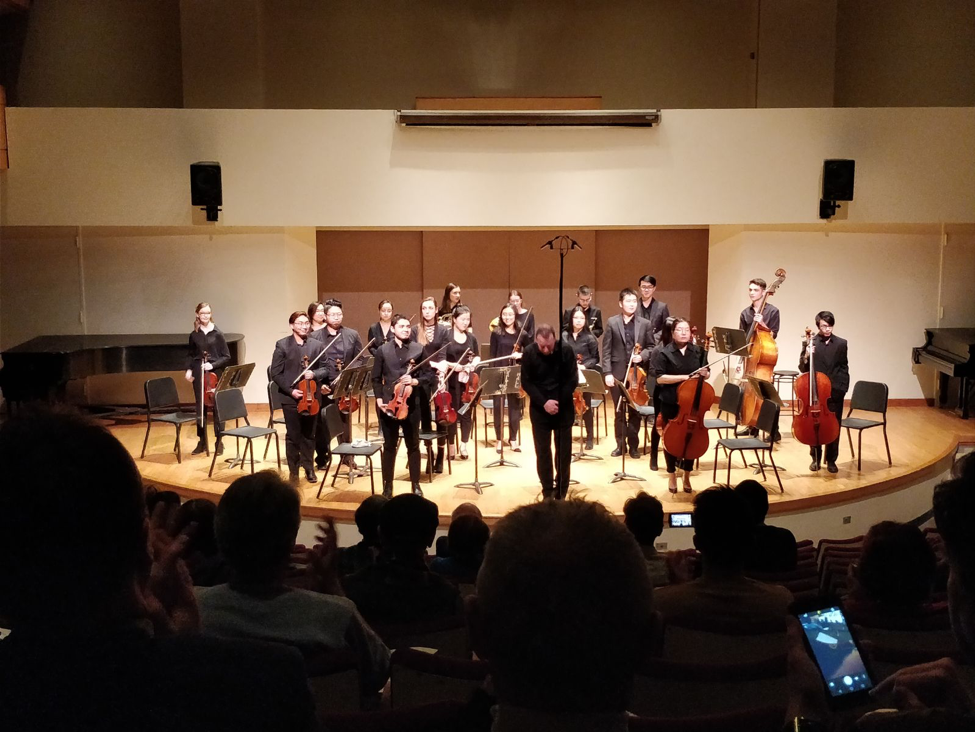 0 comments on “The Faculty of Music is Pretty Cool.”