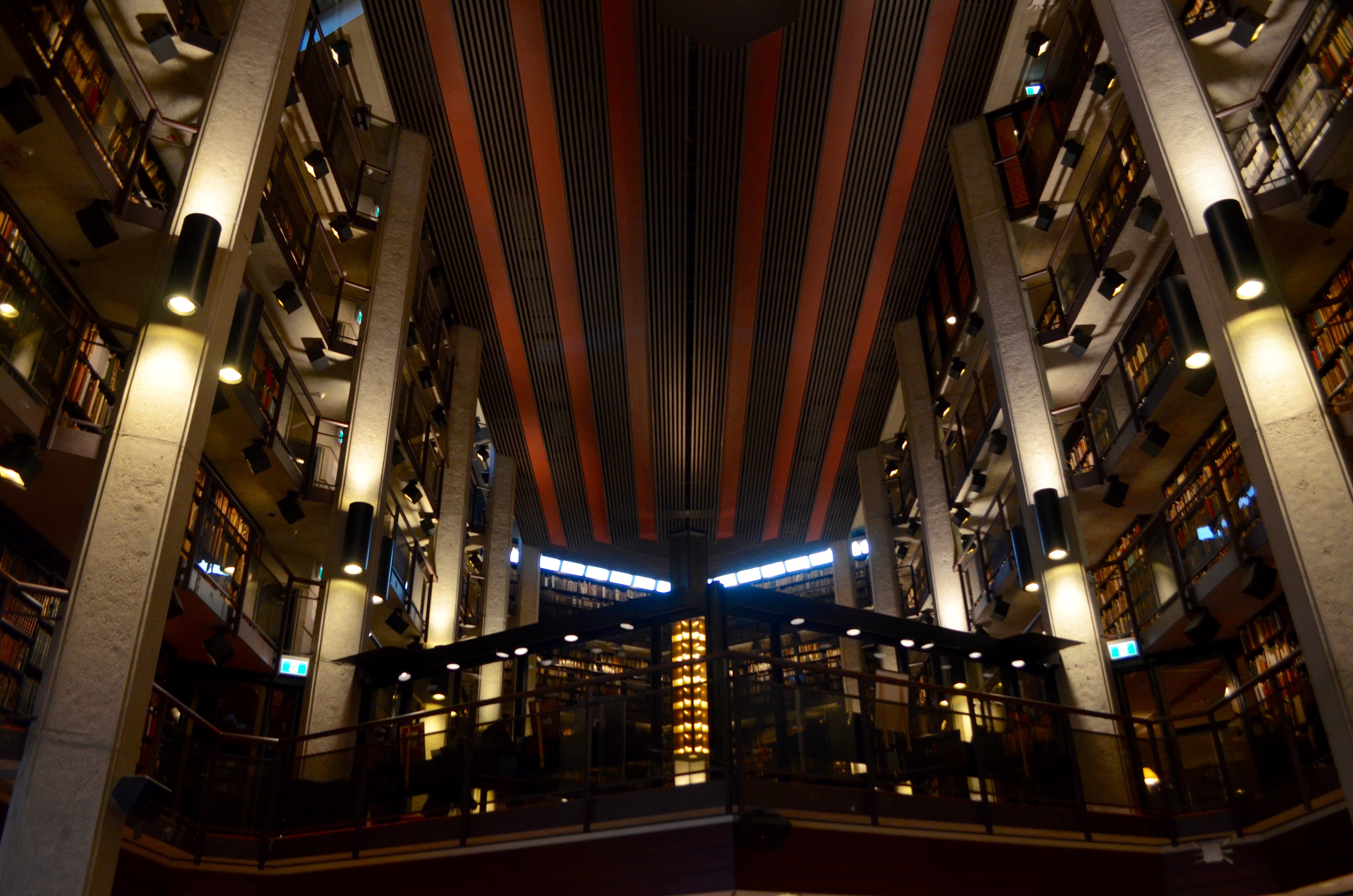 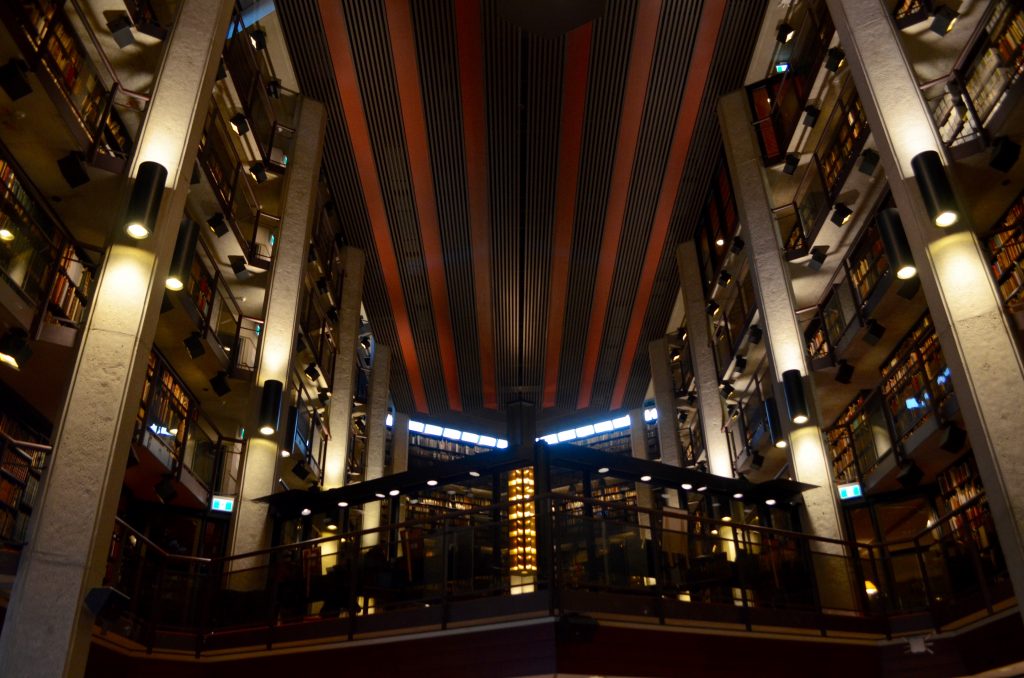 Thomas Fisher Rare Book Library. It’s a mouthful. Let’s refer to it as the Fisher from now on. I truly can’t believe I’ve been at U of T since 2014 and haven’t once visited this literary heaven until now. Other than the fact that it’s absolutely beautiful, it’s full of unbelievable artifacts. You may be thinking, ok so rare book just means there are a bunch of large, worn-out leather covered books full of text we can’t fully read. I’m not saying those aren’t there, but there are so many more gems, one of the richest and best sources in all of Canada. Definitely one of the best rare book libraries in the world. Something that distinguishes it from other libraries is the fact that you don’t need to be a student, faculty member, or a U of T associate of any sort. You don’t even need to be a Canadian citizen or resident. All you need is an address to enter. And oh my God, when you enter. Especially the first time. Just doing that is an experience on its own. 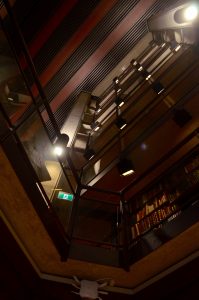 What made my trip more worthwhile was the fact that it was guided by one of my professors from a course called Digital Material Culture. It’s the first time it’s being offered so it was kind of a risk enrolling myself, but so far, it’s been pretty cool.

Their collection ranges from old clay tablets, miniature books, manuscripts, to one of the first versions of a printed book. A lot of the items are actually not even on display. They’re stored somewhere at the back and underground.

Here’s a few things we looked at during my visit:

This Mesopotamian clay slab is what would now be a paper contract. It is written using the Kenai letters and is essentially a record of agreement to sell property in the city-state of Ur.

Papyrus scripts from the Egyptian world:

Contrary to popular belief, papyrus, where we get the world paper from, is not made from trees, but reeds. The script used here is hieratic (I think – I may be completely wrong).

There’s quite a few of these in the library with translations inside glass casings.

Believe it or not, there was a time before print existed. There were scribes. People used to master a certain type of writing and copy down everything. This was also made on vellum, a material that’s much more strong and durable than ordinary pulp paper because it was made out of animal skin. The modern version of this material is made up of synthetic plant material, don’t worry.

One of the first printed books ever:

This printing thing was so new that you still needed to do certain things by hand in order to complete the whole book – like the red you might see in the picture below. This book in particular was one of the firsts to be in English as well.

Diaries of Canadian soldiers from World War I:

Other than the fact that this is technically an invasion of privacy, one page in particular from this diary that was especially interesting was dated November 11, 1918. Armistice day. Remembrance Day. The author couldn’t put what was going on into words so he simply wrote: “People went crazy.” What I find amazing about things like these is the ability to see history through a completely different social context and perspective.

At Fisher, you can even check out the original writing drafts, editing, notes, and so much more from one of the most renown authors who happens to also be a U of T alumnus.

This copy in particular that is found at Fisher is known as the “rose-bud” copy because at some point in history, as it travelled in time from person to person, somebody pressed a rose bud on one of the pages. That mark is still there. We don’t know who or why, but it is what it is. This collection also has the iconic cover page inside. Some say the original cover was ripped out at some point and sold. The history of this book itself is really interesting. The process of production, even more.

Oh, and they also have new exhibitions every now and then, make sure to check them out on your visit!

0 comments on “Field trip to Fisher”