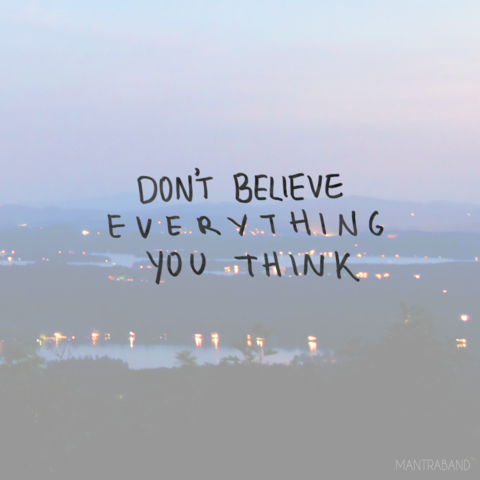 When Theory meets Reality on Opioids: An interview with Laurie and Hayley

About a month ago before winter break, I had the pleasure of interviewing two of your fellow U of T peers in the Pharmacology program about a course they took last semester: “PCL389H1:Understanding the Role of Pharmacology & Toxicology in Society”. You must be thinking what is so special about this course that demanded an interview about it? Well, first of all, this is no ordinary course that you usually take at U of T, you receive course credit for doing community service in addition to your usual coursework (attending lectures, tests, etc). Isn’t that so cool? I’m lowkey mind blown, sorta, yes, very. I later found out that courses like this one is what we call a community-engaged learning course (CEL), where students learn course content not only by attending normal lectures but also volunteering within the community. As part of their course requirements, Laurie and Hayley each worked with a peer on a project assigned by the community partners they were paired with.

“It was definitely a rewarding experience” -Laurie

Laurie’s project was to prepare a powerpoint presentation (which she presented at City Hall, but more on that later…) on a specific topic surrounding drug harm-reduction. She was paired with a representative at the CHRN (Canadian Harm Reduction Network), Walter, whom she had weekly meetings with to work on her research on the different routes of administration for naloxone (“a medication used to block the effects of opioid, especially in an overdose”, thank you Wikipedia) and its distribution in our local community in Toronto. With the help from a usb containing over 300 research articles that Walter provided, an interview with peer workers who worked at safe injection sites about their experience with opiod usage, a conversation with a pharmacist about her opinion on scientific aspects of the drug, and a visit to the The Works that educates on nasal spray and injection methods of naloxone, Laurie and her partner Hayley presented their findings in front of an intimidating crowd (which included medical professionals, peer workers, potential drug users and even interested students) at City Hall on Nov. 24th. You see, I’m someone who would tremble the entire time while speaking in front of a tiny lecture room so I can’t even begin to imagine how nerve racking it must’ve been for Laurie. However, what an amazing opportunity it is to receive feedback from the people working at the front-line and getting that support from them, we don’t get chances like these very often or ever which I think is what makes CEL courses so special and competitive (in terms of getting into the course) according to Laurie and Hayley. The reason why they didn’t take this course in their third year is that the course was always filled up by fourth years (gotta love that course selection hierarchy, ugh…). Fourth years, if you’re reading this, just a friendly reminder to be merciful with your course selection choices so us third years can have a chance at enrolling, maybe?

While Laurie gave a presentation, Hayley was tasked with creating an instructions manual for staff working at drop-in help centres, taking a relatively more active role in engaging with the drug-using community. Hayley and her partner worked with the executive director at the Margaret’s Housing and Community Support Services, a drop-in centre in Toronto. Their goal was to create practices and policies for staff regarding opioid use, in particular the drug recently in use-Fentanyl, general concerns they had or rumors they’ve heard, problems they faced cleaning biohazardous waste, ways to tell whether someone is having an opioid overdose, etc. Harm reduction strategies research to put together a comprehensive document addressing all these things. In addition to meeting with the director and staff at the drop-in centre, Hayley got to tour around and see first-hand what kind of an environment it was and considered how that might affect the practices she will be suggesting to put in place. After much research and multiple revisions, Hayley presented the document to the executive director and some selected staff. This document will then be presented to the entire staff community and eventually be implemented into real practice.

“It’s issues like these that we don’t think about until someone brings it up, it’s like hmm, I’m not sure how I feel about that”-Hayley

When I asked if there was anything that came off as surprising or any challenging moments during their experience working with the community, I got some very insightful answers. Hayley pointed out that the staff working in the help centres asked different questions from what she would’ve asked as a pharmacology student. She thought that was very interesting because although the staff might have minimal knowledge on drug use, they know a lot about how to tell if someone is just sleeping or actually having an overdose which is a real challenge in practice whose importance lectures don’t necessarily convey. There are other problems such as the actual logistics of helping someone where people who are having an overdose resist help due to fear of getting in trouble. You really don’t think about it until people tell you this is an issue. Another example Hayley gave was about the accessibility of the drug naloxone, used to reverse opioid overdoses. She was told in lecture that all pharmacies provide naloxone for free thus is easy to get and super available, however, when she was talking to the staff, naloxone turned out to not be as accessible as advertised. There are many requirements before acquiring the drug, such as a health card, but the majority of opioid users don’t have a health card so staff workers need to take the extra step of getting the naloxone for people who need it first hand and shouldn’t have barriers in getting access to it. Laurie also added her thoughts on realizing that there are some limitations that came up that aren’t apparent at first sight, and it is upsetting that a big reason behind this is the stigma placed around it. People outside of the drug-using community aren’t aware of the issues and the magnitude of the impact it has on people, thus contributing to-one of the biggest problems-the continued lack of funding towards drug harm-reduction sites. She thinks it’s crazy to know how many obstacles there are, and suggests people just need to learn about it in schools and on campus. Looking at how alarming it is that the U of T campus doesn’t provide any sort of training in general on handling drug overdoses. It’s such a big issue yet there’s no conversation around it. If we keep thinking it doesn’t affect us, we wouldn’t want to see or hear about it.

“You don’t notice the impact until you’re in a life-saving situation.” -Laurie

Some other insights they’ve shared with me:

There’s definitely a divide between the knowledge/concepts in lectures and in real life. Like with the accessibility example, there’s a huge disparity between what exists and what’s available. It is sad to think when there are so many effective types of treatments that could treat opioid users however there aren’t as many available medication as there are users. Lectures emphasize the scientific aspect of how things should theoretically work but when working with a harm reduction network or a drop-in help centre you see the actual social implications of using these drugs and what the reality is in terms of their availability and accessibility.

Laurie and Hayley both think this course was the most appropriate way to address this subject matter and are glad this course exists to teach it.

One thing that really stuck with me from this interview was the conflicting question Hayley encountered while deciding what action should the staff working at the help centres take when calling 991 for an overdose victim. It is conflicting in the way that the EMS service saids that we are to tell them if someone is having an overdose and they we will come while harm-reduction service insists that we don’t tell them if someone is having an overdose but report the physical symptoms instead because the ambulance might not come as quickly if they’re thinking: “Oh, it’s just another person having an overdose, they brought this on themselves, so whatever…” The dilemma is real since you want the ambulance to come as quickly as possible but at the same time you don’t know if it’s medically correct to omit stating an overdose which prevents the EMS in knowing what drugs to prepare. Hayley felt there was a clash between her scientific, medical and moral views. This course pushes you think about drug-use beyond just scientifically, but philosophically, morally and practically.

On top of all the learning and experiences, we can all agree that adding the aspect of community engaged learning into highly intellectual courses helps us develop immensely more compassion for parts of society and the people in it that relates to our field of study, it is beneficial to both the communities and the students who interact in them.

All the reason for the faculty at U of T to do more research on community-engaged learning (CEL) showing various benefits. In the case of Laurie and Hayley’s course, CEL provides a valuable experience for students from adopting a “academic service-learning pedagogy (that) contributes to developing adaptable, well-rounded, engaged learners who become more compassionate and pragmatic in addressing scientific and social questions relating to drug addiction.” PCL389H1 is just one of the many CEL courses that are offered amongst a wide range of different programs, there are also courses in Archaeology (I call dibs), Indigenous Studies, Finnish, Peace, Conflict & Justice, Urban Studies just to name a few.

If you’re someone like me who’s looking for an opportunity to extend their knowledge beyond crowded lecture halls and dusty pedantic textbooks or someone who thinks getting course credit for engaging in a community project seems pretty cool, it would be worth your time to check out the available courses on all three campuses and potentially take one in the near future!

Don’t believe everything you think (or you’ve been told), explore for yourself. An unexpected, mind blowing and unforgettable experience awaits you and me 🙂

0 comments on “When Theory meets Reality on Opioids: An interview with Laurie and Hayley”