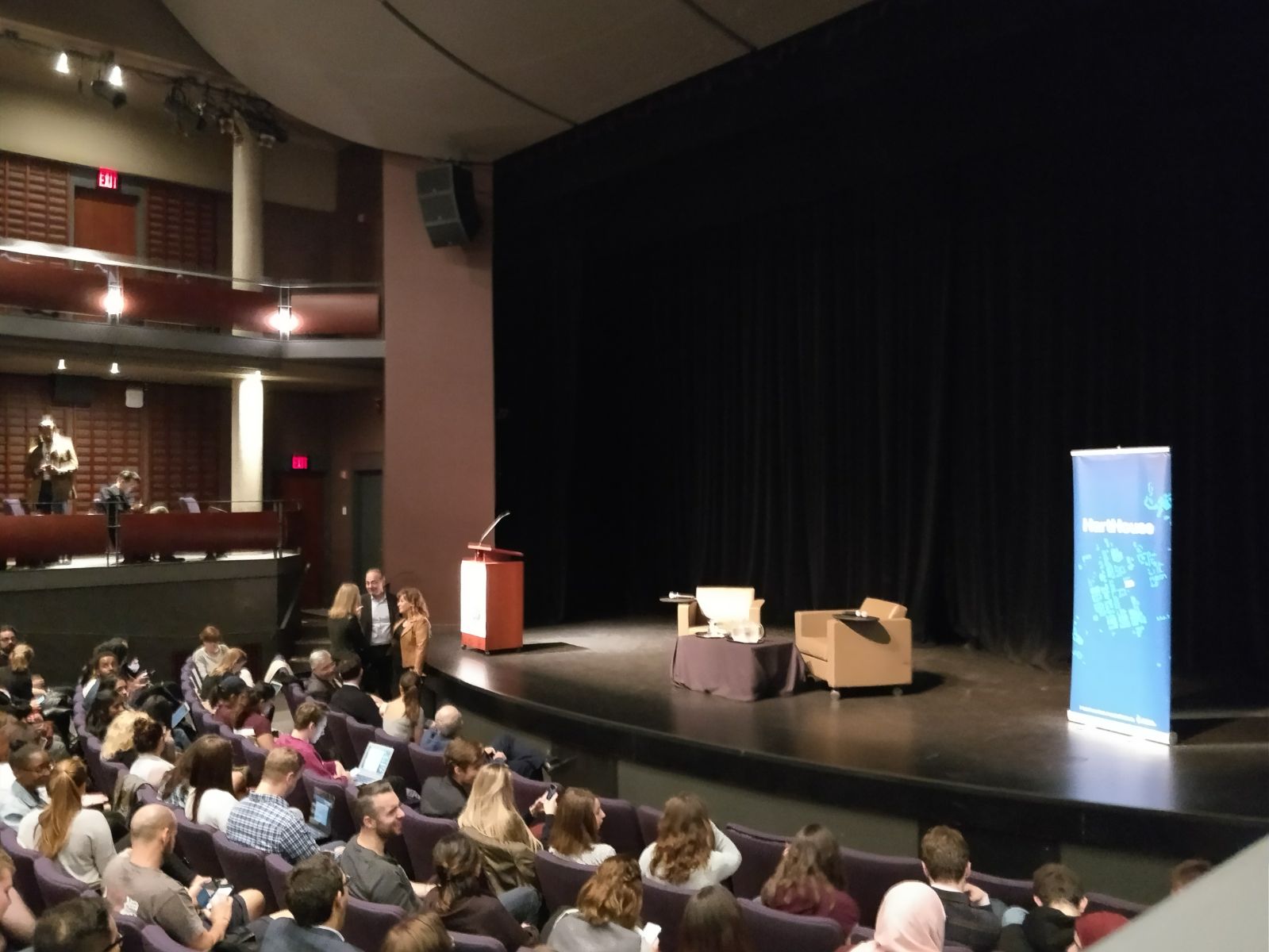 The Courage to Have Courage 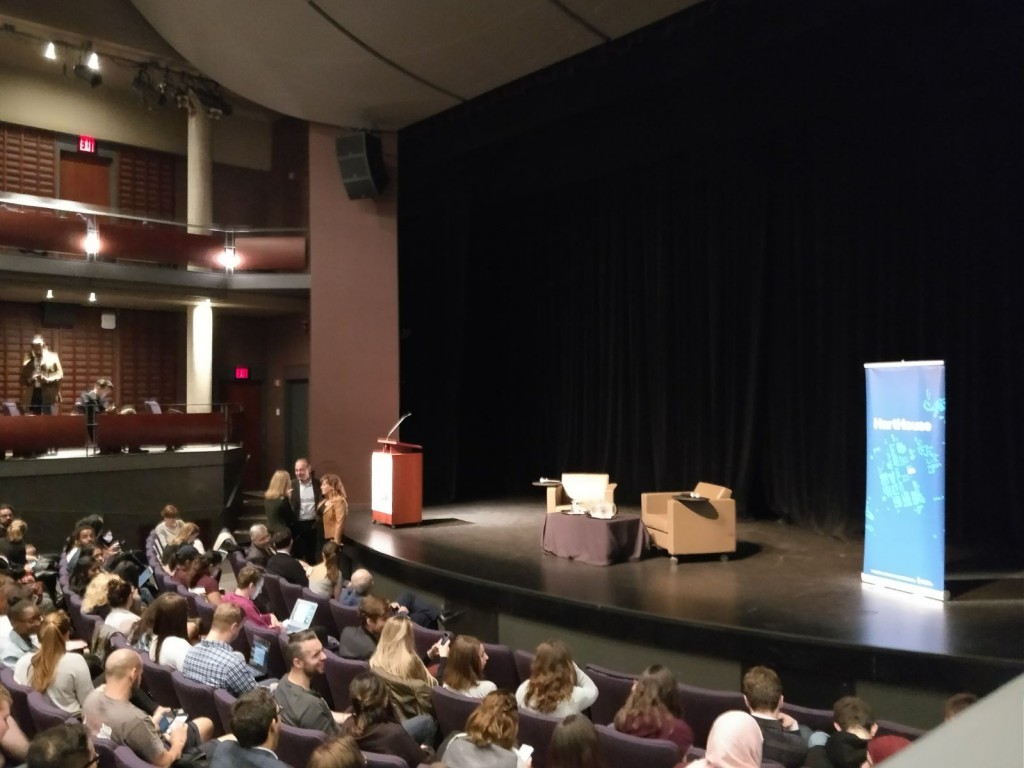 Earlier this week, while browsing through my Facebook page, I stumbled on a captivating U of T event: “Omar Khadr’s Defence Lawyer: The Rule of Law in an Age of Fear”. Growing up outside of Canada, I was shocked to hear about this controversial case some years ago and how it had developed since. It seemed like a great opportunity to further familiarize myself with the workings of Canada’s legal justice system from someone on the inside, someone like Dennis Edney, the defence lawyer.

On Wednesday, October 19th, after a never-ending trek from Bahen, I finally arrived at the far east end of campus –Isabel Bader Theatre. Out of breath from hauling myself all the way across campus, I checked my watch. 6pm, half an hour before the doors opened (I’m usually guilty of being late to everything, so this was a small personal win). Within minutes a line had formed, wrapping all the way down the street and around the corner towards Queen Park. I later realized I was kind of lucky to be one of the 300ish individuals who were able to get a ticket for the event as I heard they sold out in an hour! At 6.35 pm, we were finally let into the theatre, and being one of the first people inside, my friend and I were able to get a pretty good seat.

I sat patiently waiting to hear the keynote speaker – Mr. Dennis Edney – an infamous Canadian Lawyer, responsible for winning multiple major Civil Rights cases in the Canadian Legal System. Soon after, the lights In the theatre dimmed as an emcee walked on stage. The speaker identified herself as a member of the Hart House Debates and Dialogue Committee. This student group has actually been around for a while, serving to create dialogue about common as well as controversial issues in society. One of the things they do is bring in major figures to talk about diverse topics. Today’s topic happened to revolve around uncovering some of the unnoticed flaws within the Canadian justice system from the perspective of Mr. Edney.

Some takeaways from the talk included the introductory sermon that Mr. Edney had. He began his speech by stating his many experiences with the various levels of Canadian law. Being a seasoned legal expert, he has seen injustices of every degree, but although the Canadian government may have had its negative decisions and flaws in the past, he did state that there is hope to come. One of his closing thoughts was that we should have hope in our young yet wise leaders who are looking to improve our lives in any way possible.

About 45 minutes (or the equivalent of half my commute-time) ticked by in what seemed like the blink of an eye, as Mr. Edney concluded his passionate speech regarding his view as to how we as Canadians need to find the courage to stand for any cause which we believe in. Many lessons can be taken away from this event. The first is probably the most obvious: attending events and opportunities on and around campus in your undergraduate career don’t need to be workshops, socials, or academically related things. U of T allows a space for many of these to be about broader issues, allowing us a space to connect with our city, as well as Canada at large. Being that we’re all students coming from all walks of life, it is no surprise that by now, we’ve established something here for everyone. Secondly, and more importantly, the main takeaway was to be courageous. It sounds cliche but having courage can be difficult in times of adversity, but sometimes it takes some difficulty to be able to stand up and fight for whatever you believe in. In the wise words of Mr. Dennis Edney: “Courage is just that little voice in the back of your head that says, “I will try again tomorrow””. 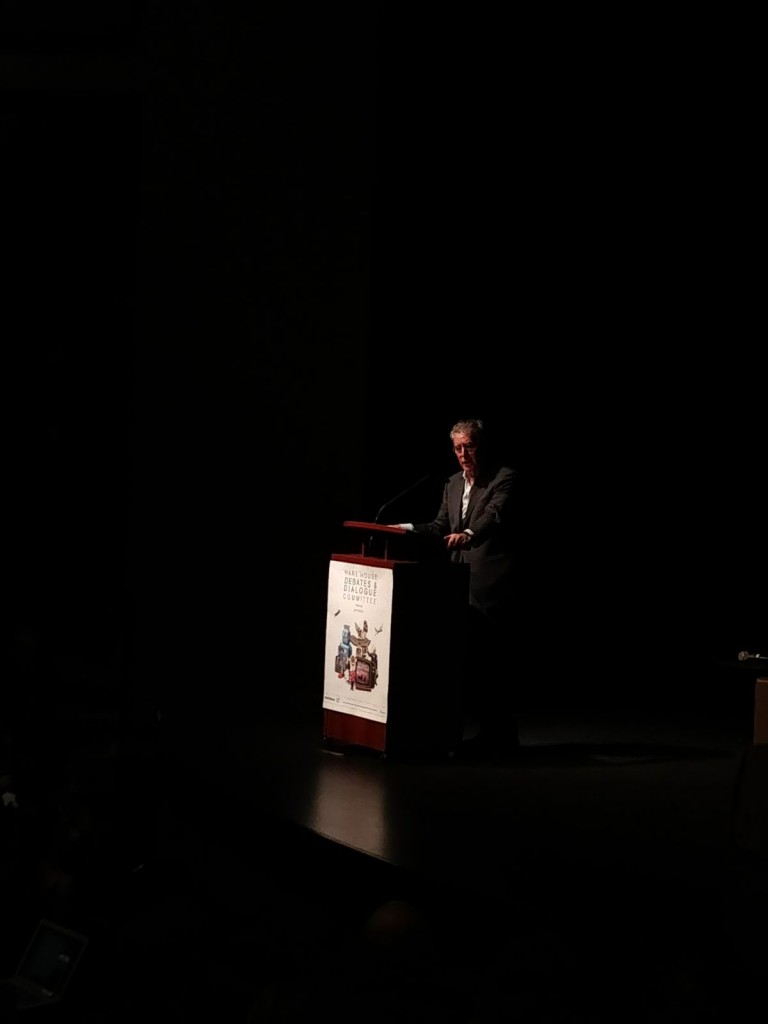 0 comments on “The Courage to Have Courage”