Sincerely Yours, The Universe

Have you ever had the feeling that the universe was telling you something?

Looking back at my weekend it felt exactly like that, but I’ll let you be the judge of that.

It’s been about a month since school started and from the outside looking in, it’s fair to say that I’ve been sprinting since the beginning. I’ve set high goals and have been doing everything in my power to make sure that I stay on track to achieve them. Sure, I’ve already had to overcome a few obstacles, but my ambition has so far outweighed the impacts of those little hurdles. My motto: feel the burn, but don’t burn out. Eyes on the prize, as they say.

With school being my main focus, balancing my academic life with my personal life has fallen by the wayside. It’s been easy to find social fulfillment through academic interactions. I’ve joined co-curricular programs, met new people in my classes, I’ve even become social with colleagues in my program who I recognized from last year. It’s been fantastic, but admittedly these interactions have been confined within the academic walls of U of T. Outside the walls, I have become neglectful.

Now don’t get me wrong. Making new friends is important; but it’s equally important to maintain old friendships. As a mature student, I have been failing in this area. Generally, my friends are living life beyond what we know as students. My experiences are their past experiences, and so our priorities don’t often align. That’s why last weekend was so significant to me, it helped me see that my personal relationships don’t have to suffer because of this. 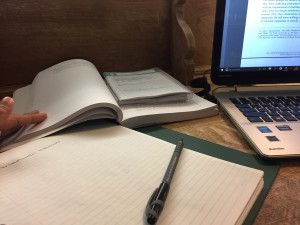 I planned last weekend to be another academic doozy. On Friday, I scheduled a Writing Centre appointment to be sandwiched between two chunks of quality library time. That night, I was also invited to my friends’ dinner, so I scheduled my arrival for after the library closed. This way, I would maximize my study time, have enough time to hang out and be able to get home early enough to be rested for Saturday morning’s Writing Plus workshop.

At the offset, everything went to plan. Dinner was fantastic, spending quality time with my old friends over a delicious roast was something that I needed, and at the end of dinner I said goodbye early enough to be home to rest as planned.

This is where things got hairy. I got to my apartment with a dreadful discovery:

I lost my keys!

Unfortunately for me, my apartment doesn’t have an overnight concierge. My only option was to call the afterhours helpline, but for terrible reasons that I’ve outlined in a strongly worded email to the rental company, the people I spoke with could offer me no help! I panicked, and then I panicked some more. In my state of panic I found myself heading back to my friends’ house to spend the night.

This threw my academic weekend for a loop. My keyless situation drained my motivation to attend the Saturday workshop. Without a change of clothes or a toothbrush, the thought of spending four hours with strangers just wasn’t appealing. More importantly, I was too worried about where I might have left my keys!

After calming down, I ceded to fate. I would deal with everything in the morning.

The next morning I didn’t attend the workshop. Instead, I chose to enjoy time with my friends before dealing with life. We had brunch, read together, and binged Luke Cage on Netflix! It was relaxing and left me feeling balanced. Something I hadn’t felt in a while.

Finding balance is important, but recognizing imbalance isn’t easy. The thing about imbalance is that it never affects only one aspect of life, it bleeds into every aspect. I found my imbalance hidden behind a veneer of rigid priorities. Without correction it will bleed into my academic life. So starting this week, I am balancing my priorities, starting with re-prioritizing my personal relationships.

So, whether it was the universe or not, I owe this epiphany to whatever brought this weekend’s events together.

To finish the story, later that afternoon it dawned on me where I left my keys.

I left them at the library. 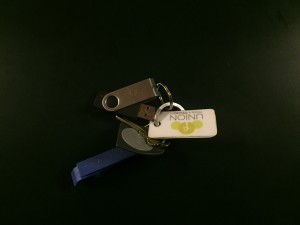 0 comments on “Sincerely Yours, The Universe”