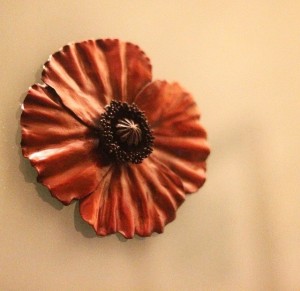 As you walk towards Hart House from King’s College Circle and look directly upward, there are several architectural features that greet your eye, from the beautiful brickwork and pointed turrets of University College to the rainbow-topped dome of the UTSU building and straight ahead, looming in the distance- the 143-foot tall, Gothic-style Soldier’s Tower, one of the instantly recognizable features of the St. George campus. 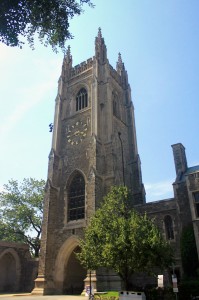 Throughout my first year, I had passed by the Tower several times, but embarrassingly enough, only ever gave it’s golden clock quick upward glances for time-checks as I rushed to my class at UC, (for which I was inevitably always late) and as a result, never really got to know about it’s history and the existence of the Memorial Room until this summer.

It was one of those cloudy July days and I was making my way back from LaidLaw Library after discovering that it was closed for the summer (quite sad, it’s one of my favourite libraries on campus) when it started to rain and covering my head with a copy of The Gargoyle I picked up inside the entrance, I walked towards Hart House and noticed a little sign resting on the grass beside the Tower.

The walls surrounding the seventy-five stone steps up toward the Memorial Room on the second floor are dotted with beautiful stained glass displays, each illustrating the contribution of different Canadian wartime service forces- from women’s special forces to the air force and the Navy. There’s also a wall hanging of the Varsity’s 1915 issue as well as some flower wreaths and fascinating photos of campus during wartime. 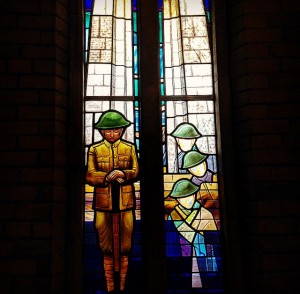 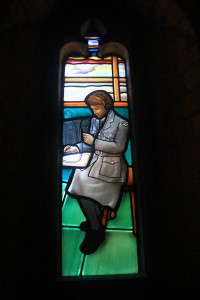 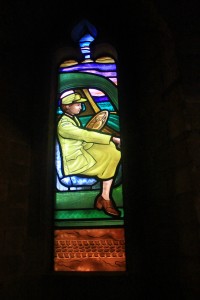 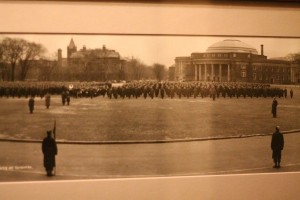 As soon as you walk into the small Memorial Room, the exquisite stained glass windows immediately catch your eye. They are a ‘visual interpretation of John McCrae’s poem In Flander’s Fields’ (who, by the way, was a graduate of U of T) and feature poppies, the maple leaf, the victory torch and men and women performing wartime duties. 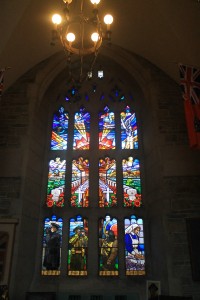 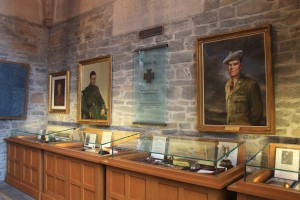 Encased in and around the glass displays are many interesting artifacts donated by soldiers’ families or obtained by the Alumni Association- including soldier’s medals and badges awarded for valour during wartime, a piece from No Man’s Land, portraits of war heroes and even a German machine gun. 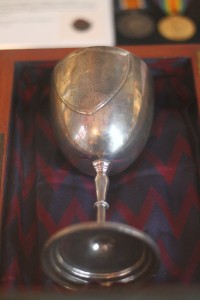 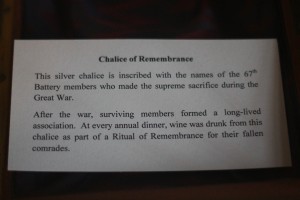 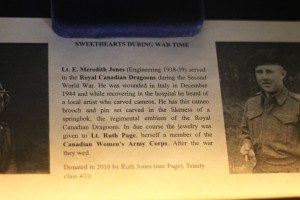 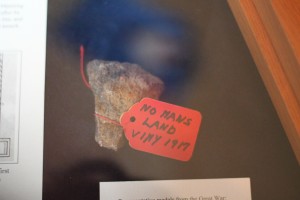 The Tower itself, built in 1924 as a memorial for the 1185 people who lost their lives in both the First and Second World wars, has four floors or levels- the ground floor with the historic memorial archway, has the names of those who lost their lives in the wars etched in limestone, the second floor houses the memorial room, the third- the clock mechanism and the carillon’s claviers and the fourth with the carillon bells. 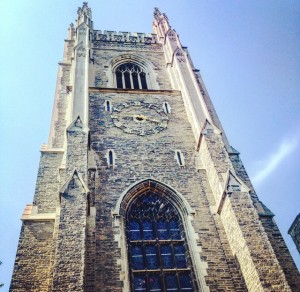 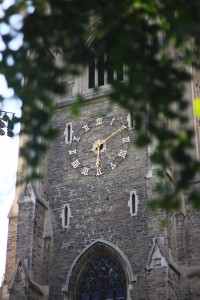 The Soldier’s Tower Committee of U of T’s Alumni Association handles the upkeep of the Tower and is supported by a host of volunteers and students here at the university through the work-study program. There are also free carillon concerts held several times a year- sometimes featuring guest carilloners- the next informal recital is on Sunday July 26th (10-11 AM) and a formal recital is coming up on August 3rd (7-8 PM) so look out for that!

If you would like to learn more, give the Tower a visit- it is open on these dates this month:

You can also email soldiers.tower@mail.utoronto.ca for more information

The Tower is a wonderfully preserved piece of history and the stories of student-soldiers just like you or me who made spent the best years of their lives serving the country stay with you long after you have stepped out of the building.

So in between a hectic day at school, whether or not I got into that course or passed that test or got caught in the rain, I’m going to take a moment to look up at the Tower as I pass it by and be thankful for how lucky we all are to simply be alive and free….and I hope you will too!

0 comments on “The Soldier’s Tower”