This time of year ushers in several new beginnings in Tokyo. It marks the beginning of the University of Tokyo’s school year, Japan’s fiscal year, and spring, represented in the cherry blossoms (sakura) decorating the city.

Friends, families, and co-workers congregate in parks all over Tokyo around this time of year to participate in an event called ‘hanami,’ or ‘flower viewing.’ It involves gathering in a park, laying down a tarp on the ground, and enjoying food and drinks together in a sort of picnic under the cherry blossoms. This event is so popular in certain Tokyo parks, e.g. Ueno Park, that people arrive in the early hours of the morning just to claim a spot in the park for the afternoon and/or evening. 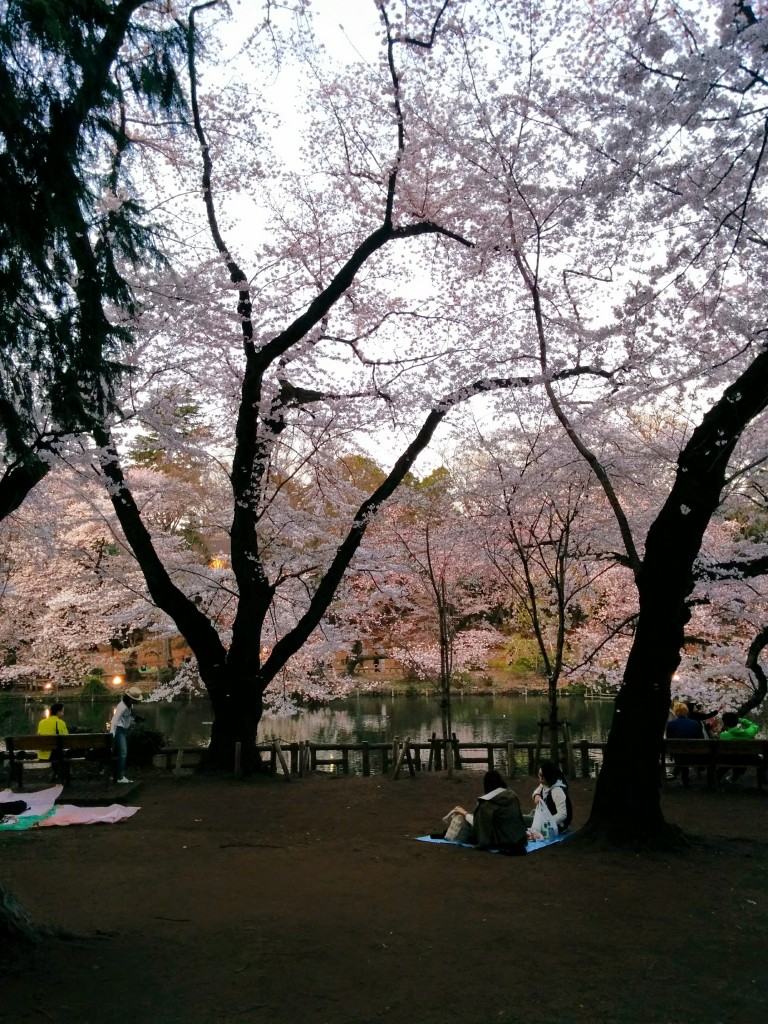 After class on Monday, I met with friends from Hiroshima and Tokyo to hang out under the blossoms at Inokashira Park. We began the afternoon by meeting up at Kichijoji station and heading to a nearby convenience store to pick up food and drinks for the hanami.

We scavenged the park until we finally found an empty patch of ground to sit on. After hanging out for a bit, we were joined by some people sitting near us – two of whom happened to have studied in Toronto before. 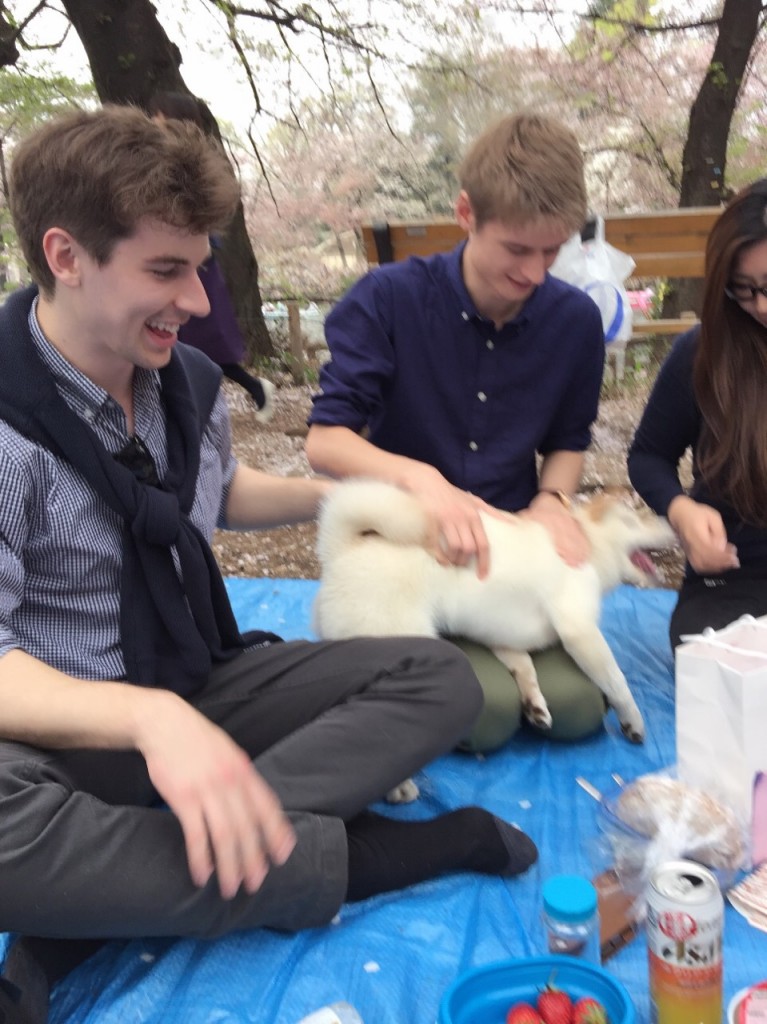 We spent the next few hours under the blossoms sharing stories from our spring breaks. Similar to me, most of my exchange student friends spent the break traveling around the country. Many of my Japanese friends went home to their respective hometowns during the break.

Since the hanami, I’ve been spending most of my time settling into the new semester. I’m spending more time at the University of Tokyo’s Hongo Campus this time around. In some ways, I feel like I’m at an entirely new school; I get lost on a regular basis, and I’ve had to rekindle my relationship with Google Maps. Next week’s post might be my last, but I’ll be sure to sneak in some impressions of Hongo for the prospective exchange students reading this blog.