This coming December 1st marks World AIDS Day, the 23rd annual commemoration to bring awareness to the ever-growing pandemic of HIV/AIDS in the world. This week, I dedicate my blog post to this purpose.

In my time outside of classes, I dedicate some of it to volunteer work that directly relates to informing people about HIV/AIDS and how to prevent infection. I do this with working at the Sexual Education and Peer Counselling Centre here on campus, and am quite familiar with the HIV/AIDS support organizations here in Toronto. I’ve learned over the years that in spite of all we know about HIV/AIDS, a number of myths still persist.

HIV/AIDS was first diagnosed in 1981, and was called GRID, the Gay-Related Immunodeficiency, mostly because it appeared to only effect the homosexual population. Since the early 80s, however, it has been documented in the heterosexual population, indicating that the deficiency was not gay-related. Since 1982, there have been over 25 million documented deaths related to HIV/AIDS infection in the world. Currently, there are over 33 million infected (representing 0.5 percent of the world population) with the vast majority living in sub-Saharan Africa. According to the Toronto Star, there is an estimated one infected person for every 120 living in Toronto. Of that group, 87.5 percent have been male.

Now let’s tackle some of the common myths:

HIV/AIDS does not discriminate between gay/straight/bi/etc. In fact, the largest population base for HIV/AIDS related deaths occurs in straight men and women living in sub-Saharan Africa.

Myth #2 – You can only get HIV/AIDS through unprotected sex.

HIV/AIDS can pass from one person to another through any fluid exchange. While condoms are quite effective for preventing transmission during sex 99.99 percent of the time, there is still a small chance of infection. Further, blood to blood contact is significantly risky. There are other slight risks, for example, if someone has brushed their teeth with a shared toothbrush and has bleeding gums, there is a risk of  contracting HIV/AIDS orally. However, the virus will not pass through saliva, so quick kisses or sharing beverages have no risk.

Anybody, regardless of age can become infected. In fact, in 2007 there were more than 330,000 child deaths. Infected mothers or fathers can transmit the virus when they have children.

As I mentioned before, 0.5 percent of the world’s population is currently infected. That means that at a school the size of the U of T, there could be a few hundred students with HIV/AIDS.

HIV/AIDS is not the death sentence it was 20 years ago, but there is NO cure, despite what you may have heard. Related deaths have come down significantly over the years thanks to the increasing effectiveness of anti-retroviral drugs, showing that it can be treated. 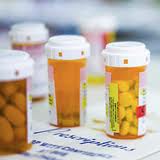 I hope this gives  you a clearer understanding of HIV/AIDS. If you want to know more, there are a bunch of resources available on and off campus, such as the Sexual Education Centre (who give out free condoms), ACT, the Toronto People With AIDS Foundation, and even courses at U of T. 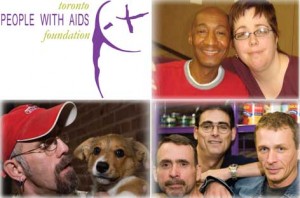 There are several events planned to increase awareness for World AIDS Day, and everyone is welcome to attend. On campus, there is Challenging Misconceptions, and interactive workshop planned for December 1st from 3-5 in UC255.

The main point is being safe, always. It only takes one opportunity to transmit the virus, so vigilance is essential.

7 comments on “Five Myths About HIV/AIDS”