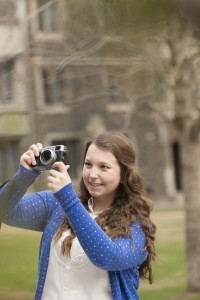 Amie is in her third year at U of T specializing in History and minoring in Material Culture. Coming to U of T, she thought she would become proficient in both Latin and Ancient Greek and go on Indiana Jones-style archaeological missions. She now laughs at her naiveté and thanks her roommate for alerting her to the existence of Material Culture, which she thoroughly enjoys. When not taking an abundance of pictures of buildings on campus, she can often be found prowling used bookshops looking for copies of a certain book about miserable french people. She has a love/hate relationship with #hashtags.