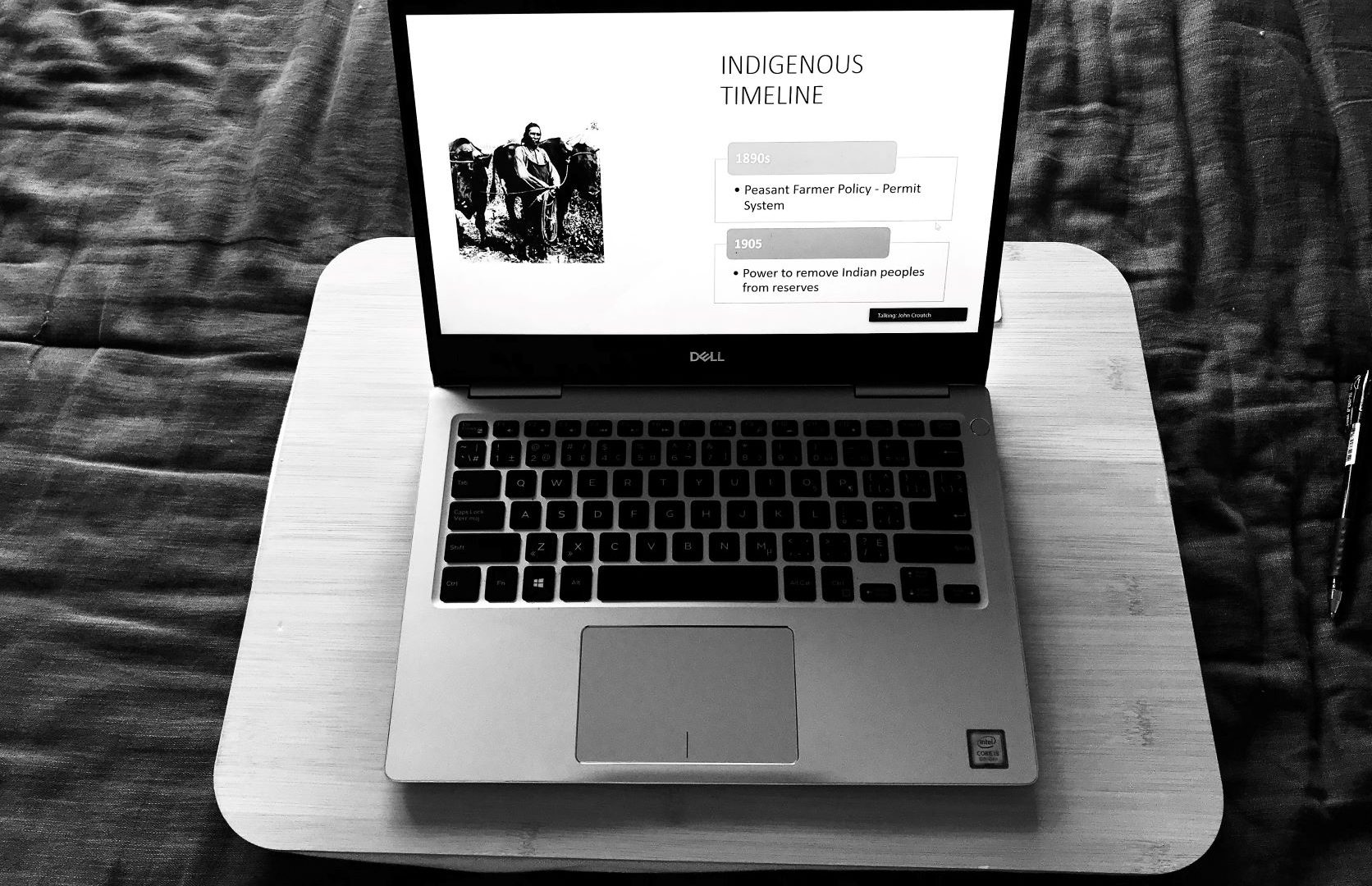 Attending “Speaking our Truths: The Journey Towards Reconciliation”

On Monday, I had the opportunity to attend “Speaking our Truths: The Journey Towards Reconciliation,” the first installment of a two-part Indigenous Cultural Education event. The experiences of the Indigenous communities in Canada have for too long been sidelined and it is so important to continue the conversation through programs such as this. This first part of the series provides a potent context and historiographic account of the policies and attitudes that stripped the Indigenous nations of their possessions and their cultural identity.

The session began with a land acknowledgement which has become a key feature of many public events in recent times. The event moderator, John Croutch, an Indigenous Training Coordinator at the University of Toronto, made an important point that I’ve never heard referenced before. He asserted that when land acknowledgements are being given, it is important to remain conscious and intentional, perhaps through personalizing your connection to the land, to avoid it becoming merely performative. I found this to be an extremely important point to continue engaging with and an important concern to voice as we try to move towards continued, meaningful acknowledgement of the culture and truths of Indigenous communities.

The presentation included a discussion of some of the core beliefs of Indigenous communities including the Seven Sacred (Grandfather) Teachings and the Gifts of the Four Directions. These are described as cultural pillars and teaching tools and giving space to these beliefs, these truths and engaging with them is a crucial part of the reconciliation process. We explored some of the key historical events that characterized the disenfranchisement of the Indigenous communities, resulting in their current struggles today, such as The Royal Proclamation of 1763, The Gradual Civilization Act of 1857, the Indian Lands Act of 1860 and the beginning of the harrowing residential school regime in 1920.

Something that was particularly troubling and frustrating to me was the fact that there was no word or phrase for “sell” in Indigenous languages, showing the manipulation of the Indigenous nations in the acquisition of their lands. It is heartbreaking to hear that upwards of 600,000 children are estimated to have died and so many more have suffered under the administration of residential schools; how children at the day schools were addressed by number rather than name, dehumanizing them and forcibly removing their identity. Having grown up outside of Canada, this session was extremely impactful in helping me gain a better understanding of the history and culture of Indigenous communities and the way that their heritage and culture has been systemically erased. It highlights for me in a very personal way the importance of forums and programs such as “Speaking our Truths” in continuing to create awareness.

Thinking about the struggles and sorrows that the Indigenous communities have faced is especially relevant and poignant as we observe Truth and Reconciliation Day this week, September 30th, for the first time as a Statutory Federal Holiday. The Truth and Reconciliation Commission was established in 2008 and in 2015, 94 calls to action were released, action 80 being that the federal government establish a statutory holiday to honour the survivors and families of those who were subjected to the residential school system and to ensure that the deep, widespread, pain and suffering caused by residential schools is acknowledged. Attending part one of “Speaking our Truths” was extremely eye opening for me and it’s an example of the importance of education in creating continued change and recognition of these crucial issues. The harrowing history of the Indigenous communities in Canada has for too long gone unnoticed and settler communities need to recognize the importance of working intentionally, with open hearts and minds, to pave the way for a better future.

1 comment on “Attending “Speaking our Truths: The Journey Towards Reconciliation””