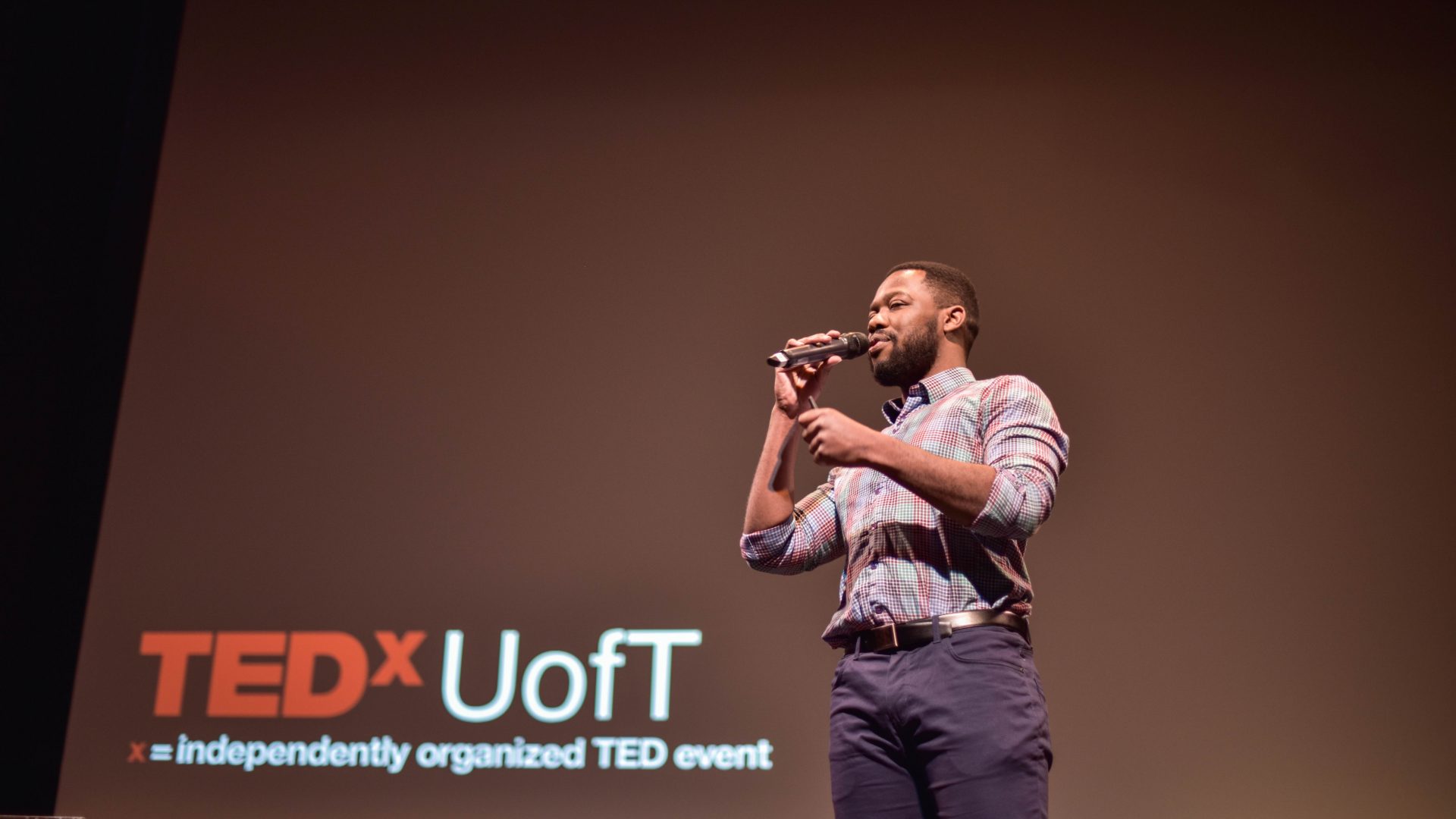 What’s TEDxUofT and what’s going on?

Among the very many student groups at U of T, I’m going to talk about the TEDxUofT student group today. For me, TED was an organisation that I already knew but didn’t feel personally connected to it. It was out there as a place for a bunch of lectures about sciency things and they were long lectures. It took me a long time to undo that way of thinking about it because it is not like that, not really at all.

Somewhere along the way, I had a course on public speaking. And one of the parts of the process was to watch a lot of TED Talks and analyse and learn from them. This is where I found out they were 15 minutes or less and a lot of topics were not about sciences. So, I began to accidentally seek it out more and watch talks on topics that I wanted to improve in like public speaking and random conversations that I didn’t even know really existed. And they felt more like stories than lectures, so to me, that seems less taxing and more enticing.

From ‘how fish can help us sleep’, to ‘what’s your 200-year plan?’, there exists a collection of intense discussions and presentations in an online box of structured imagination that is TED. Ordered. And I think that commonality between TED is what lends itself to its success. The concise talks bring people like me to listen to things I wouldn’t have first watched or listened to.

Working with TEDxUofT, I have begun to see how that detailed structure exists here, supported and led by students of our university for all of us (and everyone online). The whole group is very passionate to help share ideas wherever they are in the world, which is motivating in itself. It’s exciting to see so many different perspectives.

This year is the 10th anniversary for the University of Toronto arm, TEDxUofT, and it’s an exciting year ahead. That is not to say it has been without tremendous challenges in adapting to an online world. TEDxUofT has adapted with many bumps to set up these events so that we can hear talks from anyone affiliated with U of T: students, professors and staff and many more. I think this was what was lacking what I first heard about TED. I didn’t know anyone and we had nothing really in common – maybe apart from the topic. Even though I hadn’t heard of anyone yet, I feel part of that same vibrant community here at U of T. I’m incredibly excited about the Emerge Part 2. event on January 29. I’ll leave a link below and I should say tickets are free!

There’s going to many upcoming events this year, so if you’re more choosy (like me) check them out in the months following Emerge Part 2.

0 comments on “What’s TEDxUofT and what’s going on?”