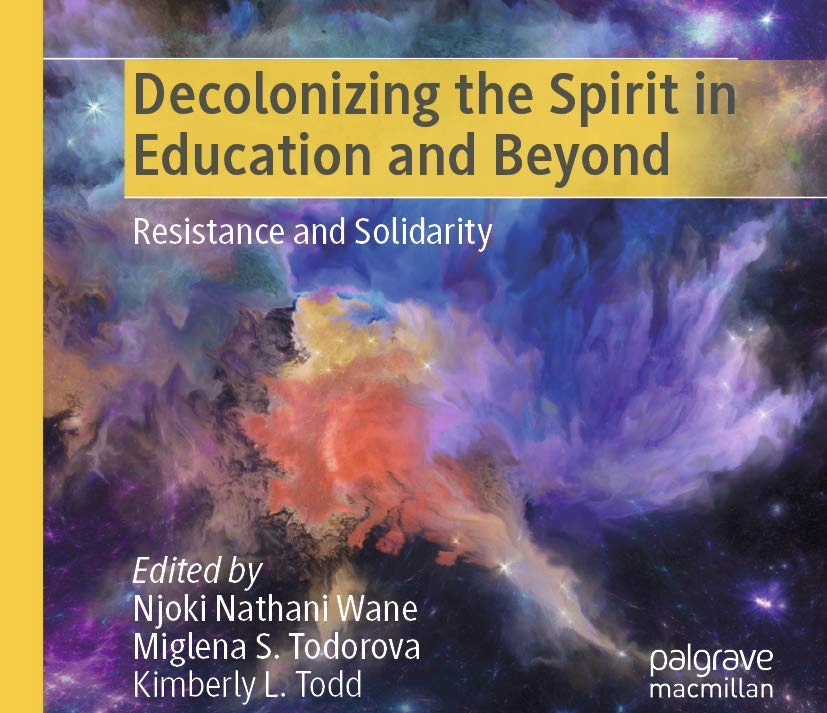 Decolonizing the Spirit Through Dreams

The power of dreams and dreaming has always captivated me. However, I usually pay little attention to my dreams upon waking. This week, I decided to read a chapter from the book Decolonizing the Spirit in Education and Beyond. The chapter, “Shedding of the Colonial Skin: The Decolonial Potentialities of Dreaming” by Kimberly L. Todd, described the power of dreaming and how it can “bring new worlds into being” (Todd, p. 155). Todd begins the chapter by describing the year where she dreamt of sea turtles as the beginning of her continual decolonization of the self. She remarks that her dreaming of the Sea Turtle made her question the worldview she had been conditioned to mindlessly accept. Dreaming opened up new possibilities for reimagining the world around her.

As a colonial settler, it’s important that I recognize my own ancestral history on Turtle Island, which actively repressed these Indigenous practices. Todd’s chapter goes beyond reflecting on dreams, because there is gravity to these traditions and a dark colonial history as well. Western colonizers settled on Indigenous land with the purpose of destroying the existing people and culture. The repercussions of this included alienating Indigenous people from their histories, their roots, and from the way they attribute meaning to the world. This has created deep-seated fissures within the Indigenous community, and has fragmented the way many relate to their own identities. Therefore, when discussing the importance of dreams, it is not just about connecting the mind to the spiritual, but about Indigenous people reconnecting to the traditions that have been purposefully and strategically buried by colonizers.

Todd also discusses the “Cartesian split,” a Western philosophic concept created by Rene Descartes, which assumes that the spiritual and the material are divided. These types of European conceptualizations have been described and taught as being universal truths. It has infiltrated how people perceive the world and it is ingrained in our institutions and systems. Consequently, everything in the physical world has been assumed to be lifeless, without spirit, and without a greater meaning. This has unravelled into a toxic lifestyle, where humans are perceived as being superior to all other forms of life, unconnected to and beyond nature. This type of thinking has paved the way for the types of environmental disasters that are plaguing the earth today. The idea that the human was better and above nature allowed us to see the world as something that could and should be exploited for profit.

Because of the debasement of the spiritual, non-material world by colonizers, seriously reflecting on dreams has often been considered pointless or trivial. It is, therefore, a de-colonial act to take dreams seriously, and to meaningfully consider their spiritual and personal implications. Todd states that dreaming can help with the process of decolonization by “tapping into ancestral memory, reconnecting the dreamer to Earth and reminding the dreamer that her origins lie within an ensouled cosmos” (Todd, p. 164). Although colonialism worked to destroy Indigenous traditions, dreaming abandons the “empirical, rational, logical, and colonial ontology” and instead embraces “visitations, psychic inheritances and ancestral connections,” which are deeply important in reestablishing connections to Indigenous origins (Todd, p.167).

Todd brings attention to the West’s dismissal of dreams. Especially in a capitalist society, sleep often takes a backseat to productivity. Our ability to recall dreams is inhibited by inconsistent sleep patterns, late nights, and early morning routines. Yet, by reestablishing the importance of dreams, people are able to connect with the Earth. According to Indigenous cosmologies, dreams have the ability to transcend human relations, involving animals, nature, and landscapes. Todd writes that, through love, the people are able to connect with the Earth. Love can transcend boundaries, and through this dream-transcendence, the barrier between the planet and the person vanishes.

Although dreaming is a universal phenomenon, nurturing a relationship with dreams takes practice and intentionality. You have to be curious enough to consistently question what your dreams might symbolize, what they’re trying to communicate, and dedicate time to seeking out the answers. Todd suggests keeping a dream journal, and taking notes once you wake up. Sharing your dreams with close friends also allows you to talk through your experience and can help memories of dreams solidify in the mind. Whether or not we ignore dreams, they come to us regardless, offering new possibilities and different ways of connecting with the world, beyond colonial conceptions.

For settlers like myself, it’s important and valuable to recognize the wisdom within Indigenous traditions. Eurocentric concepts are just one mode of understanding the world. It is, therefore, critical that we destabilize and decentralize these Western ideas. Through acts like connecting and engaging with dreams, it is possible to reimagine the world–a world where human beings have a deeper, more meaningful connection to the spiritual, and to the Earth herself.

Todd, K. L. (2019). Shedding of the Colonial Skin: The Decolonial Potentialities of Dreaming. Decolonizing the Spirit in Education and Beyond, 153 – 175.

0 comments on “Decolonizing the Spirit Through Dreams”