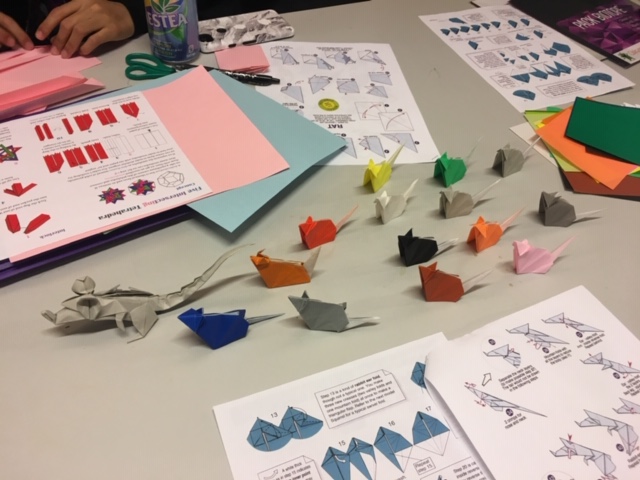 Collaborating with UTFOLD: The Art of Origami and Trying New Things

In my last few years at U of T, I’ve found joy in many venues on campus, whether it is the Mango Madness smoothie at the Innis Cafe, or venturing into a library and glancing across all the titles I wish to read.

As well, many other activities bring me joy, for instance, reading, dancing, singing, or finally (after staring at the problem for twenty minutes!) solving a logic problem. That being said, something that I will never get tired of is trying new things.

My bucket list is still in the works, but I’d love to travel the world, visit the Great Wonders, paint mountains and sunsets (when I get better at painting and have enough money– fingers crossed!), play the flute over a calm and serene dark lake, sing in a musical theater production, go sky-diving, and basically never stop living and exploring what the world has to offer.

Origami was always something that I’d been interested in, but I’d never seriously considered it as a potential hobby until I collaborated with UTFOLD for a Lunar Year celebration, and we worked with two different models. The first one (the one I made) was beginner-intermediate level, while the larger rat was intermediate-advanced. It was amazing how so many intricate shapes could be folded by a simple piece of paper!

UTFOLD also partners with other groups and communities, such as H2ART, SickKids Foundation, as well as Toronto Western Hospital. They are wonderful group that aims to promote origami education, creative thinking, and problem solving using a traditional Japanese art form.

While I had trouble with some of the steps involved (I’d only really made paper cranes and cootie catchers before), the members of UTFOLD were very helpful and guided me through all the steps. I learned, also, that succeeding in origami depends (mostly) on two skills:

A less positive aspect of the experience was that I realized how stressful event planning is, the problem probably stemming with my desire to know exactly how things will go (but of course there will always be factors I cannot control).

I’m planning to decorate my room with origami characters, and the tiny mice will be the first in my collection!  I also have some origami paper and instruction sheets that look a little simpler than the one I used in the workshop. I think I definitely learned something that, while stressful in the moment, will certainly bring more colour into my life in the future!

0 comments on “Collaborating with UTFOLD: The Art of Origami and Trying New Things”