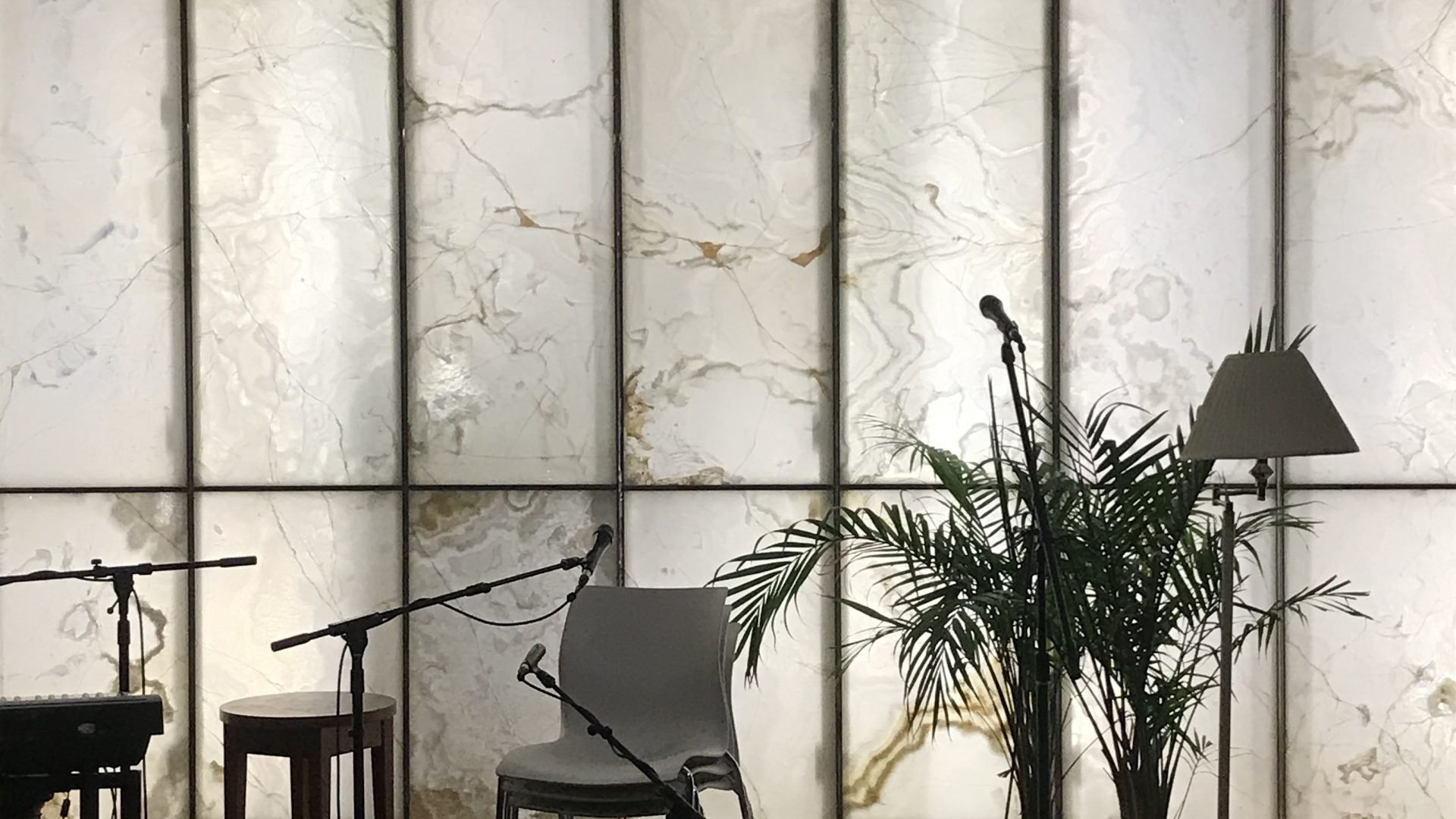 In the middle of an assignment-heavy week, it was nice to pop by the Multi Faith Centre for their Open Mic Night. With little musical talent and nothing prepared for the event, I decided to be an observer for the night and listen to the artists, their music, and what they had to say. The theme for the event was diversity and identity. Before the performances began, the event coordinators kicked things off by acknowledging that the Open Mic Night’s main purpose was to give people a platform to express themselves artistically and personally. They also emphasized that the audience should listen with openness and respect because the performers came from diverse backgrounds, with different cultures, perspectives, sexualities, beliefs, and stories to tell. It was an open space to share your thoughts, troubles, revelations, and experiences.

Some artists presented poems while others focused on their musical abilities. From ballads to Bob Dylan-style vocalism, messages were communicated through many different forms, like through spoken word or through song. The content of the music and poems had a wide range, some poems were about disability, illness, and trauma, while others were about pain, loneliness, and sexuality. Some pieces felt heavy, while others felt light and free.

One of the beautiful things about music is that it is incredibly personal, and yet it can be communicated with everyone. I could relate to many of the performer’s unique experiences in different ways. Feelings of love and loss, existential dread and the need to keep pushing forward, are all universal human emotions that are experienced by most people to varying degrees and in different situations.

Many people chose to play instruments, such as the piano, the ukulele, the guitar, and a very odd music box that had electronic sounds with an accordion. It was nice to be in a space where everyone was free to showcase whatever they wanted. Many people joined the event halfway through and performed on the spot. The group was so interesting and gifted that a large group of people walking past the room decided to sit in for the rest of the evening because they were so astounded by how talented the performers were.

There were a few experimental pieces as well. For example, one of the performers, Genesis, told the audience a story of how their friends inspired them to fool around with music in the moment. They would perform on the spot whatever musical inspiration came to them. Unsure of what might result from this, I was completely shocked by their talent and what they were able to create without any preparation. Not only was their music (and their singing voice) beautiful, it was also interesting. If anything, their performance felt like pure talent and emotion because it came from whatever they were feeling in that exact moment in time.

I feel like it’s important to mention that for many of us, it’s difficult to openly express our thoughts and emotions without feeling embarrassed or ashamed. Being so open, especially with an audience of strangers, is difficult. This might be why I decided to observe rather than share. However, it made me more impressed by the people who did choose to contribute such personal work to the event. It takes a lot of courage and a lot of bravery to be vulnerable with others. Some were obviously natural performers, and others were shyer. Regardless, all of the pieces were beautiful, unique, and insightful.

Overall, it was a wonderful experience, complete with snacks, coffee, and tea. The atmosphere was very warm and inviting as well. I hope more of these events continue with the Multi-Faith Centre. As a student, it feels like we have become so accustomed to listening to others, whether that be lecturers, professors, TAs, critically acclaimed authors, etc. It was refreshing to listen to other students, so different but so similar to me, who were given a stage to express themselves freely and openly to a welcoming public.