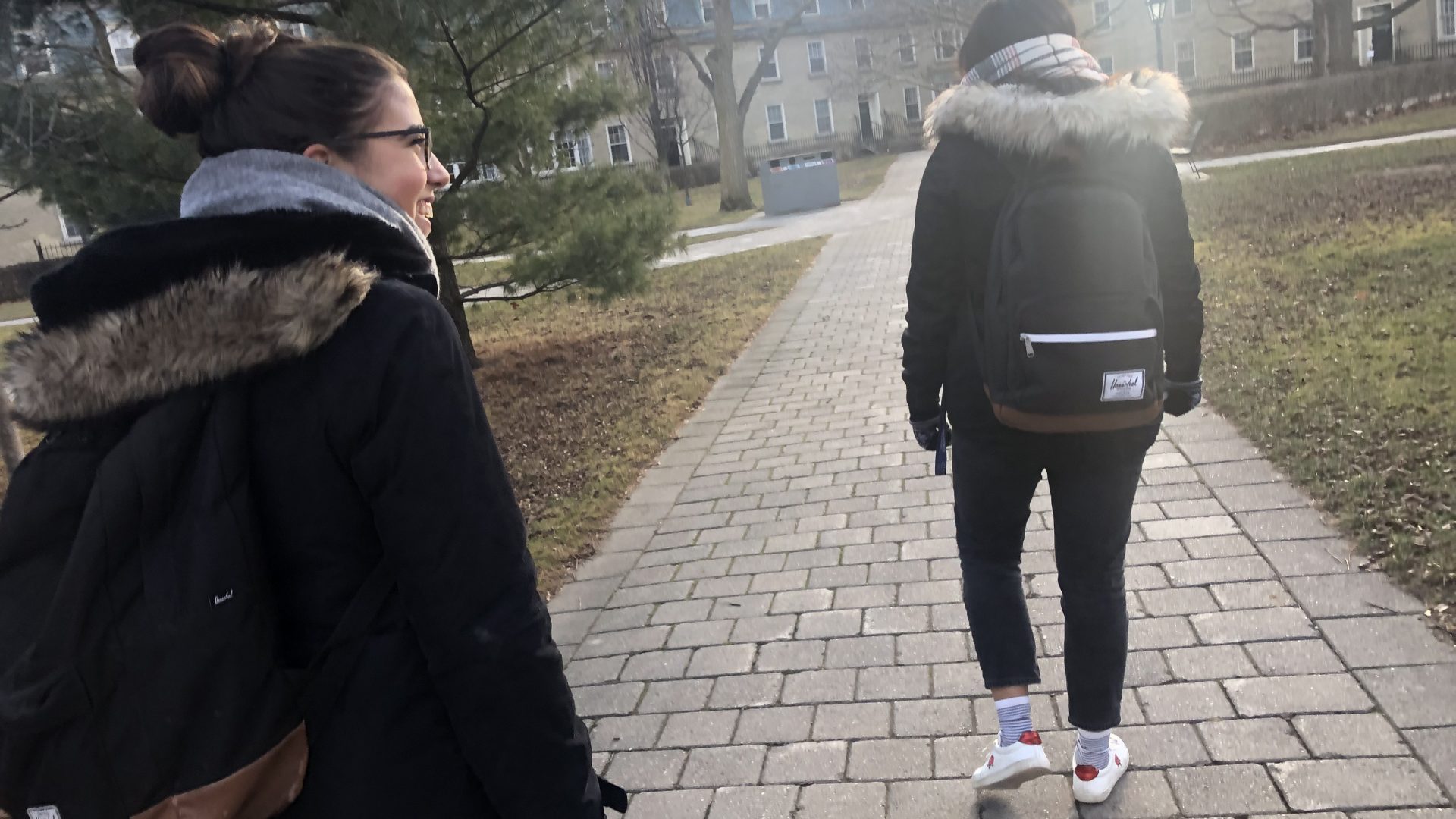 My friends are how old?!

Going into my third year, I don’t even think about how old my friends are anymore. It’s a strange concept because only 3 years ago my friend group was made up of almost exclusively people my age. In high school it’s almost like we’re forced to make friends with people in our classes, considering we spend all of our time with them. Before leaving high school, this didn’t seem like such a big deal, but the more friends I make in Toronto, the more I realize this idea was holding me back.

I really did believe I could never be friends with anyone two years younger than me. They always seemed to be talking about stuff that I didn’t understand. It almost bothers me how long it took me to notice how wrong I was. As for older friends, I always believed they just wouldn’t think I was “cool” enough. What does that even mean?! I just hadn’t met anyone with the same interests as me. Once I got here, though, I started meeting a lot of older (and younger) people who liked the same things that I did, like books and movies. More importantly, I realized that I didn’t have to like absolutely everything they liked just to become friends. It was suddenly possible to make friends with whom you shared some interests, but also disagreed on other things. What made a friendship solid, was the ability to understand each other’s ideas and motivations, no matter their age.

I’m not saying that intellectual conversations are the key to friendship, even though they’re fun and might help you understand each other better. With my friends I’m able to joke around and laugh like never before. We can sit in silence just enjoying each others company, some of them 18, some 22. I realized how easy  it is to get past that age barrier once you notice that you don’t have to act cool or pretend to be someone else.

When I started my first year I was nowhere near confident about what I wanted to do, and I legitimately believed that 4th year students already had their lives planned. As I talked more and more to these students that roamed the hallways and common rooms, I couldn’t help but to feel a wave of relief when they told me that they, too, were sometimes unsure of what they were doing. Finally, I thought, some common ground.

When friendships aren’t limited to a classroom, you’ll notice there’s so much more to people than the year they were born in. Personalities shine through once we put that behind us. Now, some of my close friends have graduated, some are doing their fifth years, and some just finished their first, and I cannot wait to see how many more amazing people I can meet this year.

0 comments on “My friends are how old?!”