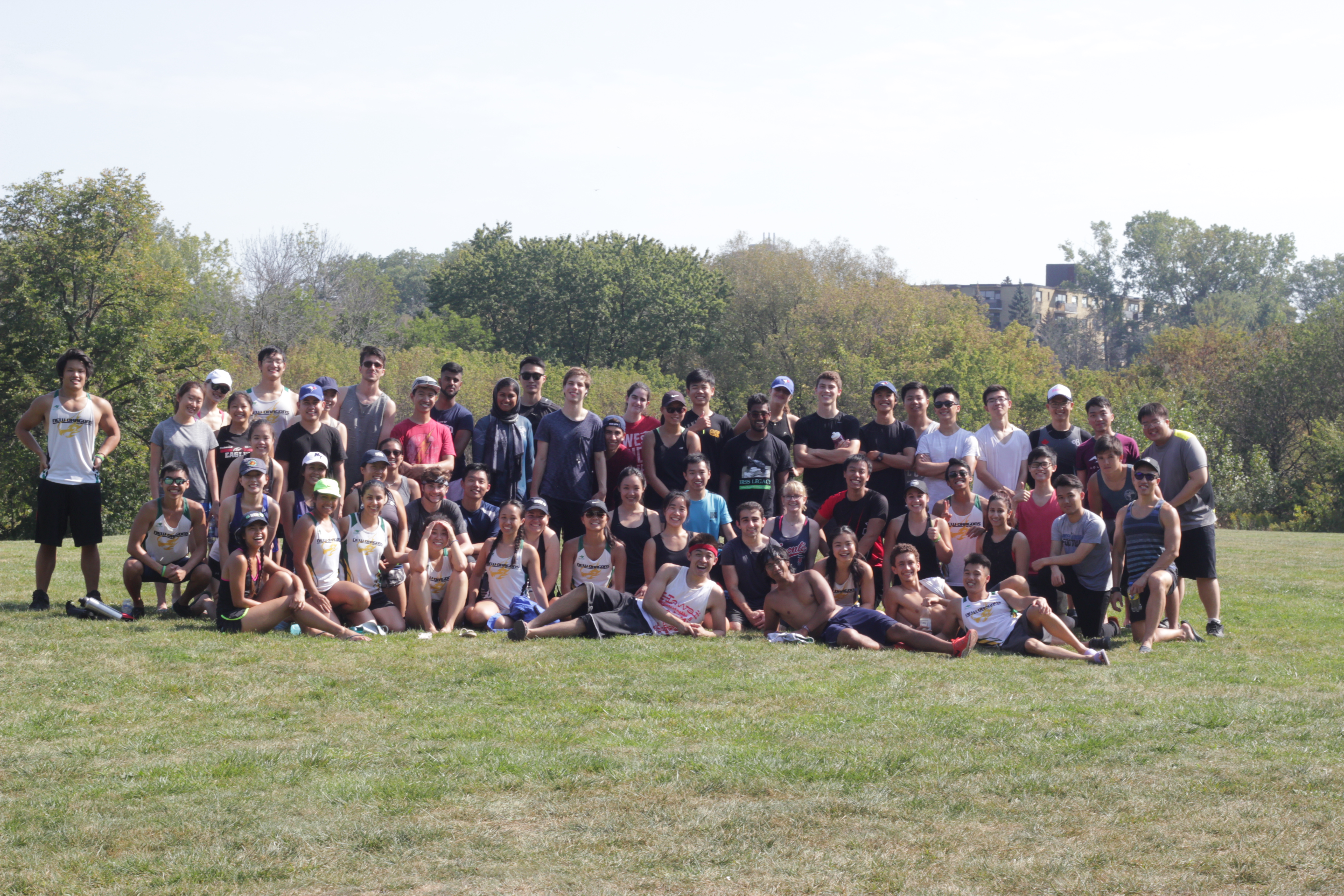 Dragon boat is a water sport in which a team of people paddle a long boat in sync, usually in a race. The sport originated in China in 4 B.C. and is one of the world’s oldest competitive sports.

The New Dragons, a team from New College, had one of their first water practices at Humber Bay this past Saturday, and I tagged along. I learned that a dragon boat holds 22 people, with a drummer at the front and a steerer at the back. Also, it’s important for the people in each individual pair (since the boat seats two per row) to be similar to each other in size and strength. I was partnered with one of the New Dragon veterans and spent my time on the shore peppering her with questions. I was worried that I wouldn’t be strong enough to handle the sport. It looked hardcore and fast-paced.

I didn’t have to worry, though: the team captains took it slow with all of the new recruits and were friendly and encouraging. I quickly learned that you don’t paddle a dragon boat like you would a canoe. Performing a stroke takes a very specific form and utilizes muscles from your legs and core, not just your arms. It’s a full-body exercise, and it gets exhausting fast. In fact, dragon boat athletes spend most of the year training in the gym to build up the endurance and strength they’ll need to do well in races during the summer season.

The steerer at the back called out to us so that we knew what to do, and throughout the practice I learned lots of dragon boat terms:

“Catch” = the part of the stroke where the paddle enters the water.

“Pull” = the part of the stroke where the paddle is pulled through the water.

“Hold” = holding the paddle still in the water to stop the boat.

“Draw” = to paddle only on the left or right side.

“Take it away” = start paddling.

After they taught us how to do the basic stroke, the team captains taught us about racing, which started out with very quick strokes before transitioning back into the longer strokes we had already tried. This was my favourite part of the practice! There was something so gleeful about the fast-paced craziness of racing the other boats, and I found myself laughing despite getting splashed and/or getting my paddle caught on someone else’s.

After about two hours of getting sunburnt, soaked, and yelled at, we arrived back at shore to receive encouragement and high fives from the New Dragons veterans. I was proud of how much I learned and so happy to have tried a new sport! Next time I go canoeing, I’ll be sure to try out the dragon boat paddling technique. Cottage country won’t even see what hit ‘em.

0 comments on “Adventures in Dragon Boating”