Maybe it was the unusual way my Saturday began, but the brisk morning air stood out significantly in my memory. It was a stark reminder that the summer days were getting shorter and that autumn would soon be in full swing. The arrival of autumn was something I needed to brace myself for, something that required preparation. And much like the arrival of that cool season, I needed to brace myself for when my classes got into their full swing, I needed to prepare. 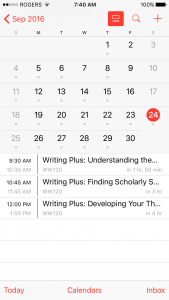 But that’s part of the reason why I was outside experiencing Saturday morning’s drop in temperature. It was 8 am and I was on my way to campus. Earlier last week I was exploring ‘My Community’ on Portal, where I found out about the Writing Centre’s ‘Writing Plus’ workshop. I made a promise to myself to take advantage of every opportunity afforded to me by U of T to excel, so I decided to check it out.

The morning was divided into three classes: Understanding your Assignment, How to Find Scholarly Sources, and Developing your Thesis Statement. Being an upper year student, I was doubtful that I would gain much from attending any of these. I mean, I’ve been handed dozens of assignments before and have written just as many essays. At the very least, I thought to myself, it would be a strong way to get started with the assignments that I’d already been given. 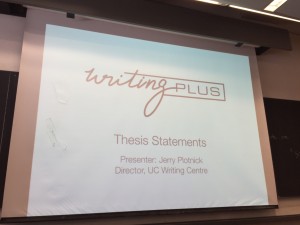 The first class helped me realize how little attention I actually give to the essay questions I receive. Normally, I would read them once or twice to get a general idea of what I needed to write about and then set off to find sources for my research. They would be set aside for reference later on when I’d reach a roadblock and often have to make a 180 degree turn in my research. In short, I was in the habit of ignoring all the hints my professors were giving me on how I should be approaching my research that was peppered into the language of the assignment question itself. I see now that spending more time analysing the question has the potential to drastically cut the amount of time I waste doing superfluous research. 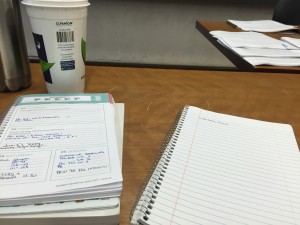 The second class confirmed that I was proficient with navigating through the library website. It did teach me better ways of utilizing the site to my advantage, but I think my biggest take away from this class was learning how to configure my Google settings so that I could have off-campus access to Google Scholar articles without hitting a paywall. This was welcome information because unlike the library website, Google Scholar identifies how many times an article has been cited by other articles and also allows you to browse through those articles by a click of the mouse. This has incredible potential to make my approach in finding scholarly sources more efficient.

The final class was a real eye-opener. I thought that I was pretty good at developing thesis statements already, but this class showed me that developing a good thesis statement is an intricate art form that requires much more attention than I give it. I think the reason why this was such an eye-opener was because during one of the exercises, we were given some “bad” statements and asked to identify the problems with them. In my attempts to do this, I continually ran into the problem of only being able to partially identifying what was wrong. I realized that in my own practice, I don’t spend nearly as much time scrutinizing my work as I did for this exercise, so what was I missing in my own thesis statements? Thankfully, through the exercise and the accompanying discussions, I learned how to identify what to avoid and in this way learned how to take my time in crafting a solid thesis statement. All in all, it turns out that I was able to get much more than I expected out of these classes. It was so beneficial for me that I plan to attend the next three classes this Saturday. If you want more information regarding Writing Plus, I’ve left some links below to get you started.