I throw out a lot of stuff. I also drink too much tea.

Such are my conclusions after a week of hanging onto every paper cup I would have thrown away.

I was inspired by a radio interview I heard a few weeks ago where students in middle schools were encouraged to carry around with them everything they’d planned to throw out. I appreciate having at least one free hand if I can manage it, so opted to just collect rather than collect and carry. I also didn’t collect everything, but estimated that my use of disposable mugs would be my greatest contribution to landfill. 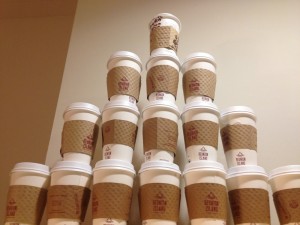 For seven days I kept every paper cup I would have thrown away. The result is what you see above: sixteen sixteen-ounce (480 ml) paper cups that might not have needed to be in the garbage. They are, in fact, recyclable, according to the Three One One Toronto website. The teabags contained therein were also compostable through the Green Bin program. 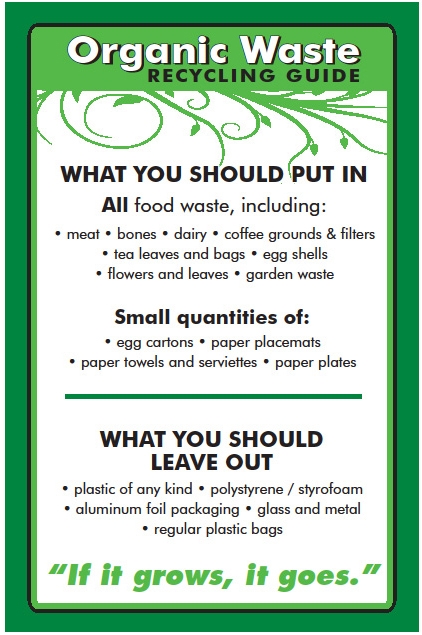 The worst part of this is that I own a reusable travel mug. But the inconvenience of having to carry it around and the fairly high risk of it leaking everywhere gives me pause. I also seem to get water between the thermos walls whenever I wash it, so it appears to be leaking every time I drink out of it. I realize there are fixes, but I have been hitherto too lazy to figure it out. I also realize that these are excuses, and not valid reasons for not going green.

There’s also the concern of my drinking habits. 16 cups over 7 days is over two cups of (mostly decaffeinated) tea a day. That’s over a litre daily of fluid I’m taking in that isn’t water.

So my resolutions are thus:

That’s what I am going to do. What about you?

Are you better about Lugging a Mug than me? If so, how do you keep it from leaking? Have any washing best practices? Let me know in the comments!

For more information about going green at U of T, check out the Frequently-Asked Questions page of the Sustainability Office, and if you want to add more water to your day like me, check out the campus map of water fountains.