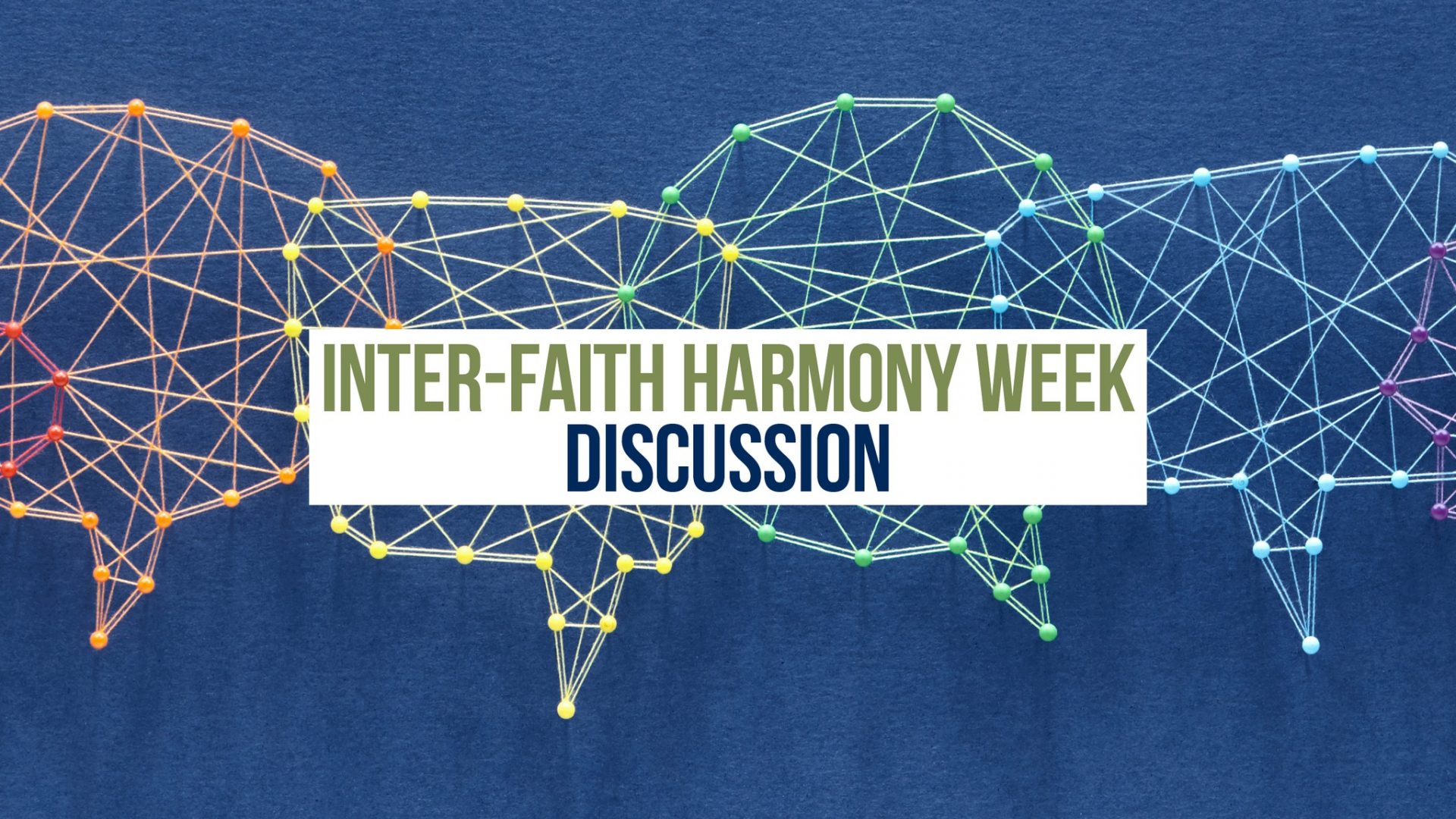 Reflecting on The Human Experience for #JoyatUofT Week

The University of Toronto’s #JoyatUofT week is coming up and we were invited to think about something, related to school or otherwise that brings us joy! Having worked with the Multi Faith center for the past few months, one of the things about my work that brings me joy is the way that the Center facilitates and encourages conversations between different beliefs and traditions.

On Tuesday I had the opportunity to attend “Exploring Big Questions: Interfaith Conversations.” The event is part of the Center’s celebration of the United Nations Inter-Faith Harmony week. There were three chaplains from UofT present as part of the panel: Catherine Starr, Imam Abdul Hai Patel and Rev. Andrea Budgey.

The three big questions of the sessions were: Where do we come from? What are we doing here? Where are we going to? By answering these questions, the aim was to divide our human existence into categories to consider our true nature and purpose. A main theme of the session is that although all beliefs might not agree on where we come from or where we go, it’s important to create space for hearing and listening to other traditions.

Where do we come from?

The first speaker from the panel was Catherine Star, the Wiccan Chaplain for the University of Toronto. Catherine calls her talk a Wiccan/Pagan perspective on these three questions as Paganism is the umbrella which encompasses a number of beliefs and traditions. Catherine referenced a line from a poem that I found particularly striking in answer to this first question: “Thus it began in the first of all time: a single spark of knowing,” encompassing the idea that we come from one single place and evolve. Catherine also highlighted that some beliefs ascribe to creation stories and mythology, maybe because of ancestral ties, such as the Greek Titans and their battle with the Olympian Gods or the Norse belief in Frost Giants and the Vanir and the Assyr.

Dr. Abdul Hai Patel, speaking from the perspective of the Islamic traditions, cites their belief that the creation of humans came from the spiritual world, that God defined the process of birth as growth of the physical body where the Soul would be planted. Speaking about the Christian tradition, Reverend Andrea Budgey highlights that in Christianity, God exists outside of time before all things and after all things. She emphasizes the idea of God as a Trinity – to say that within the Divine there is community, love and mutual indwelling and that creation is the outflowing of this Divine love.

What is our purpose?

According to the Wiccan beliefs, we are here to celebrate the seasons, to honor nature and minimize harm that we cause to others, taking responsibility for our actions and what we do. We are called to take care of the world as we live in it as servants to the land.

Islam sees the human purpose as pre-destined because humankind was created for earth. The Divine Plan for life on earth is revealed through messengers at different times and that this plan demands compliance and human worship through prayer and sustaining a life equivalent to worship. Christianity, like Islam, believes that by aligning yourself with God’s will and purposes you become an expression of that alignment. Rev. Budgey quotes St. Irenaeus who says that “The Glory of God is the Human Being fully alive” – living itself becomes an act of devotion.

Where do we go?

All three traditions uphold the concept of an afterlife in various forms. In the Wiccan tradition, places for the afterlife include Avalon, Elysium, Valhalla, or returning to the Source, where all souls come from. In Islam, death is what brings us back to life in paradise. Death is not seen as the end but the beginning of our future life and real life in paradise. Christianity is similar to Islam in that life does not end with physical death and the soul endures. For many traditions, these included, belief in the concept of the Hereafter gives a fuller meaning and purpose to the life of the believer.

I always find it so interesting to hear different perspectives on similar issues. It makes me appreciate the complexities of faith and spirituality that the Multi Faith center allows to shine and I’m grateful for the opportunities to expand my own scope. It fills me with joy, that we can live in a world where different religions can share space and discourse and gives me hope that one day this might be the norm and we’ll wonder how it was ever different before. I hope that this week (and after!) you all experience something that fills you with joy!

0 comments on “Reflecting on The Human Experience for #JoyatUofT Week”