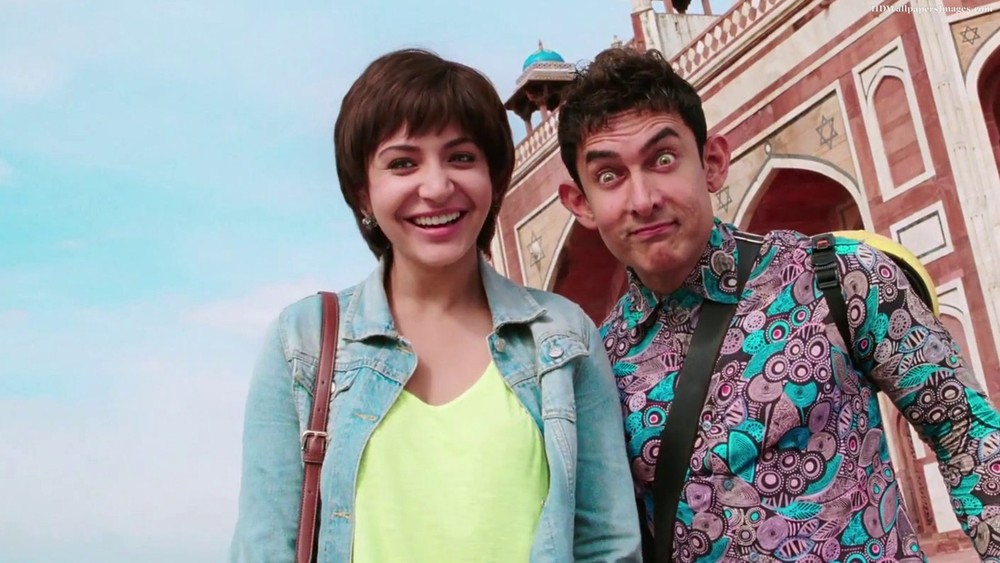 On a Monday night, amongst a fast-approaching exam season, the Multi-Faith Centre’s East Asian Commons put on a movie night to unwind and momentarily forget the stress of the season. “PK” is a film that touches on the ethnic-religious divide in India through the eyes of an alien who’s lost his connection with his home planet. After getting his remote stolen, the alien, Tipsy, has just been dropped off in the middle of India and has no idea how to speak the language, no clothes, and no concept of the culture or various religions in India. With little help, he’s left to navigate Indian society until he meets Jaggu, a woman recently moved back to India after heartbreak. The movie is really funny at times, with a lot of slapstick humour. For example, Tipsy steals from the donation boxes at religious temples and puts stickers of religious icons on his face to avoid getting slapped when caught. However, the sentiment of the movie goes beyond wacky humour where an alien has to figure out how to operate as a human. Tipsy is like an innocent child and so he is able to view people and society through a lens that is untainted by prejudices.

The religious divide in India has bred a lot of conflicts between different ethnic groups, such as between Sikhs, Muslims, Hindus, Christians, and Jains. Each religion has a different perception of God(s), and as Tipsy desperately tries to reconnect to his home planet, citizens from different religions each refer him to their own God. He keeps trying to connect with different Gods and continuously confuses the various traditions each religion holds. I thought Tipsy’s struggle was really relevant in such a diverse climate because it shows how difficult it can be to learn something new and become accustomed to different customs outside of your typical comfort zone. It made me think that we tend to blame each other, and ourselves, when we don’t get things right the first time.

Another crucial element to the story is learning how to spot a false religious power structure. This can normally be achieved through detecting when it is used for fear mongering rather than for giving people hope, solace, and community in times of trouble. In the movie, Lord Tapasvi tells the people that God speaks through him and tells people to jump through hoops to find miracles. Knowing that this is immoral and a fake performance, Tipsy starts a national trend called “wrong number” where people can report authority figures abusing the people and their religious faith for selfish purposes. He recognizes that these false connections to God often benefit the people in charge, who steal from the people who have faith and trust in them.

After a terrorist attack that revolts against the “wrong number” movement that doubts Tapasvi’s claim to power, Tipsy argues to the public that God doesn’t need human protection, because he’s God. So why are humans so righteous and superior that they think God needs protection from people who think differently? The character, Jaggu, is a reporter who makes a really interesting comment, if God didn’t want us to ask questions, why would he make us curious creatures? One line from the movie that spoke to me was when Tipsy argued that there were two Gods—one that created us, and one that we created. The one that we created lives in our heads and is how we project our idea of God onto others.

Overall, the movie had a lot of really important insights into how we think about religion and how we interact with people that think differently than us. In fact, the divide between the Muslims and the Hindus in India caused Jaggu to lose faith in her fiancé who is Muslim and jump to conclusions regarding his love for her. The movie was not about rejecting religion or about losing religious faith. Rather, it tried to share that a religion that is used to make people fearful or hateful towards others is a “wrong number”.