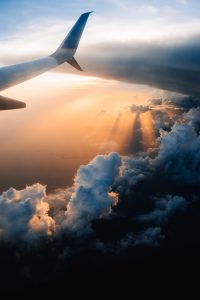 There are two things I love most in this world: puppies (like everybody else) and Google Translate.

Prior to moving to Madrid, I had achieved a B2 level (high proficiency) of Spanish. But, I quickly found that my level of Spanish was insufficient when it came to reading visa application requirements sprinkled with long, complicated and frankly out-of-date Spanish words.

Then, I actually moved to Spain and discovered that a little over one half of Spaniards know some English. High English proficiency is still rare, which means it’s hard to get away without having a ridiculous level of Spanish. This means, Google Translate has become the most-used app on my phone.

Yet, while Google Translate has been a godsend, what has truly made my experience in Madrid unforgettable is the awesome tribe of Spanish people in my corner. Don’t get me wrong, it’s not easy to find a circle of Spanish people. Or better said, it’s as easy to fins a group of native Spaniards as it is to find a group of native speakers in any area of the world. Hard. 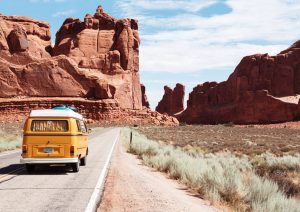 However, I was well aware of this fact prior to my student exchange and made a point to push myself to try as many new things as possible. This means I went to all the school events and pestered the native Spanish speakers in my classes, until I found a couple of kind souls who were willing to take me under their wing.

The truth is, spending time with them is equivalent to (or better than) any lecture I could receive from a professor. I’ve been introduced to popular novels in Spain, as well as some television series of unbelievably good quality. Even more so, I’ve found that Spanish slang and humour are extremely colourful and expressive, and usually, hilarious.

Moreover, building a circle of native Spanish speakers comes in handy when you need a documented translated or need to figure out if your housing contract is legit. 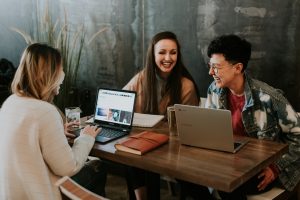 I know what you’re thinking–it can’t all be fun and games studying abroad in a country where English isn’t so commonly spoken. And you’d be completely right. It’s not.

But that’s the thing about study abroad: it’s not only about the academics. The culture and people and language that you encounter will be as living and vibrant and educative as the courses you take.

Although I’m only one-quarter through my study abroad experience, I can’t help but acknowledge the immense ways that my mindset has changed thanks to this opportunity. I’m not only surviving in a non-English speaking country, but I’m actually thriving.

For that, I will likely recommend studying abroad to any and everyone I meet for the rest of my life.