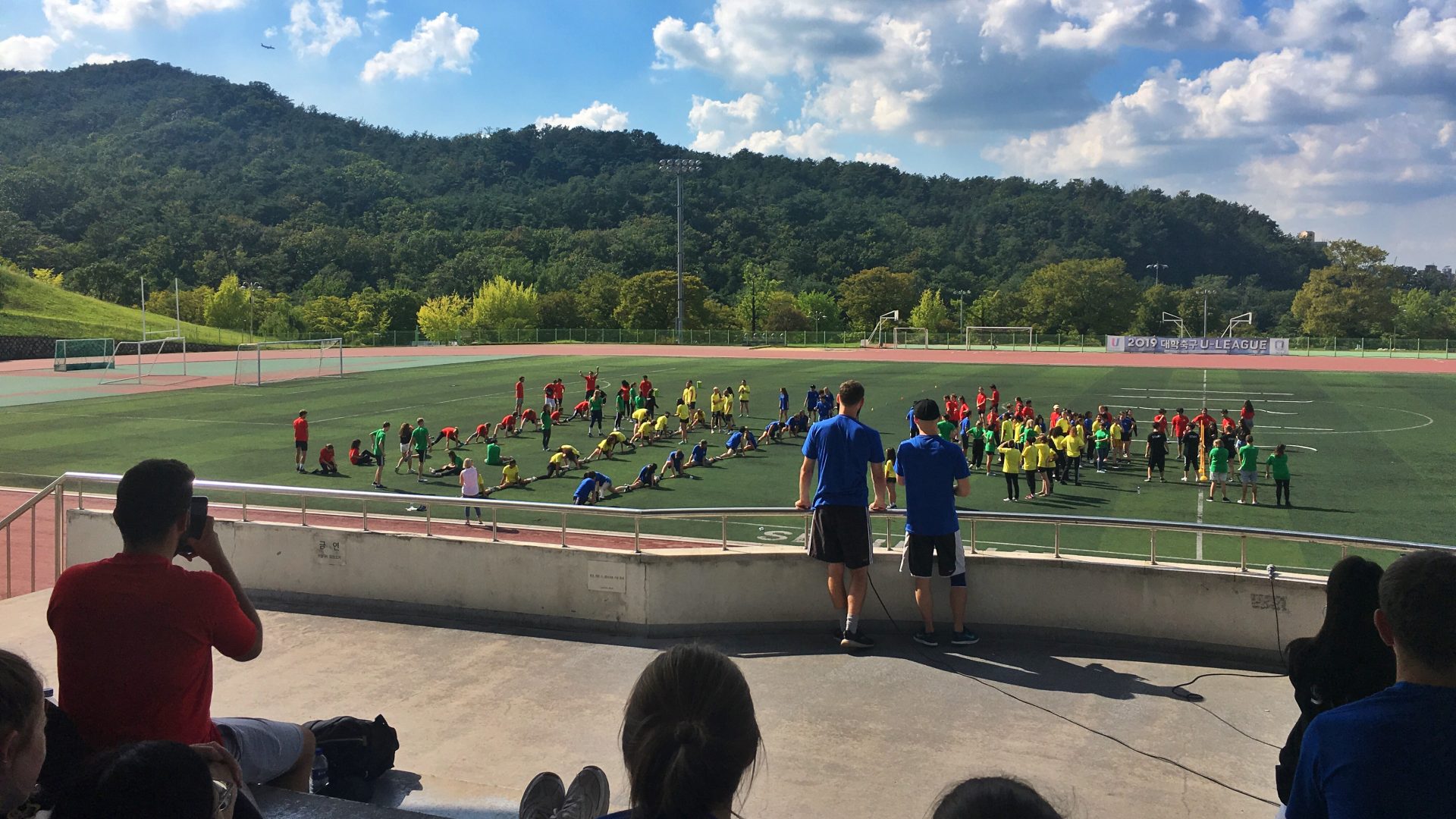 The Long Weekend I Never Had

Growing up in Canada, I’ve always known this time of year, around the autumn equinox, as the Mid-Autumn Festival (maybe better known as mooncake season!) As a widely celebrated harvest festival of many names, I was always disappointed that we didn’t get a day off school to mark the occasion.

This fall semester, I’m studying at Seoul National University in South Korea. Over here, Chuseok [추석] is a major harvest festival that sends everyone back home to celebrate with their families. When I discovered that I’d get a four-day long weekend in Seoul, I knew I had to make the best of this golden opportunity. However, a nationwide holiday also meant that a lot of places would be closed, so I made sure I had more than enough planned to keep myself occupied.

Our exchange student club, SNU Buddy, organized a sports day over the weekend. Brightly coloured and ready for competition, we split into four teams and competed for the grand prize – $300 worth of soju. I spent a scorching day cheering for my team as we made human bridges, tackled tug-of-war, and ran our way to victory in relay. 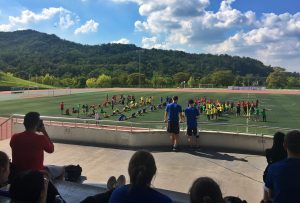 In Seoul, many of the major museums are free, including the National Museum of Korea. Some cultural attractions that do have admission fees, such as four major  Joseon-era royal palaces, become free to enter over the holidays as well. The museum was a great budget-friendly way to spend a rainy day.

While maybe not as friendly for your wallet, the holidays are often a great opportunity to snag some awesome deals and discounts. After a rain-filled week (courtesy of Typhoon Lingling), the weather cleared up, so I took a stroll along Garosu-gil, a lovely street lined with ginkgo trees, shops, and restaurants. 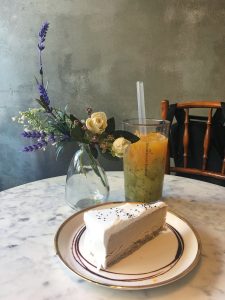 After shopping, I stopped by a café to recharge. Seoul has an amazing café scene – each cafe with its own quirky vibe, making each visit a new experience. I chose C27, a cafe with an amazing selection of cheesecakes, and a gorgeous view to go with it.

Catch up on school work

It’s by far the least glamorous option on my list, but it has to be said – the holidays are a great time to catch up on school work, especially when I have no family obligations.

Back at home, the holidays are usually a time for relaxation. Here, it’s a chance to try new things. Sightseeing, experiencing new things, meeting new friends, and perhaps discovering a new way to celebrate the holidays!

0 comments on “The Long Weekend I Never Had”