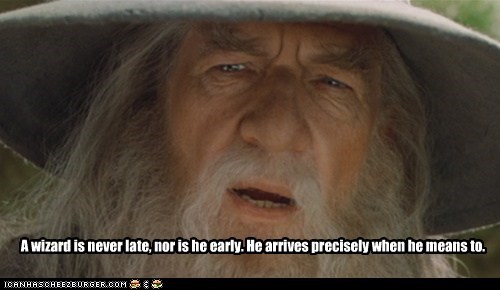 Why I Went Part-Time (And Why I Loved It)

Do you ever feel like you’re riding in a car that’s going just a bit too fast?

This is how I felt by the time I was finished my second year of studies. People told me that university is for exploring yourself and connecting with like-minded people, but I felt like this was the crucial piece missing from my U of T experience. The idea of graduating without having these quintessential moments freaked me out big time. On top of this, I started to realize that I didn’t have a clear path set out for myself to follow after graduation.

The best solution seemed to be to slow myself down.

Let me clear up a common misconception: there is nothing wrong with graduating a year or two later than you originally intended. Learning shouldn’t be a race. When I told people that I was going part-time, the first thing someone would mention is how I’d be graduating a year “late.” But to quote Gandalf the Grey: “A wizard is never late… he arrives precisely when he means to.”

So, why did I love being part-time so much?

For me, the most obvious answer was having more time to allocate elsewhere. I decided to take up extra hours at my job, and I finally got involved on campus. Two big worries (money and not having important connections) got assuaged.

Since I had more time, I was able to sit down and fully check in with myself. I realized that the whole “not sure what I’m doing after university” thing was causing more stress than it needed to. I started participating in the Career Learning Network’s job shadowing program. This helped me brainstorm some ideas of what I want to do (I actually have a massive list of ideas going on now).

And, since my well-being started gradually improving, I actually found that I was becoming curious and ambitious again. For the longest time in a while, I actually wanted to challenge myself. I found myself more willing to go with the flow and try things out.

Now that I’m back to full-time status, I have the energy needed to push through my final year(s) here. Sure, going from two classes to five in a semester is tough, but I’m glad I was able to take a break to think more critically about what I want in my life.

Part-time student readers, what’s your story? Why did you go part-time? We’d love to know!