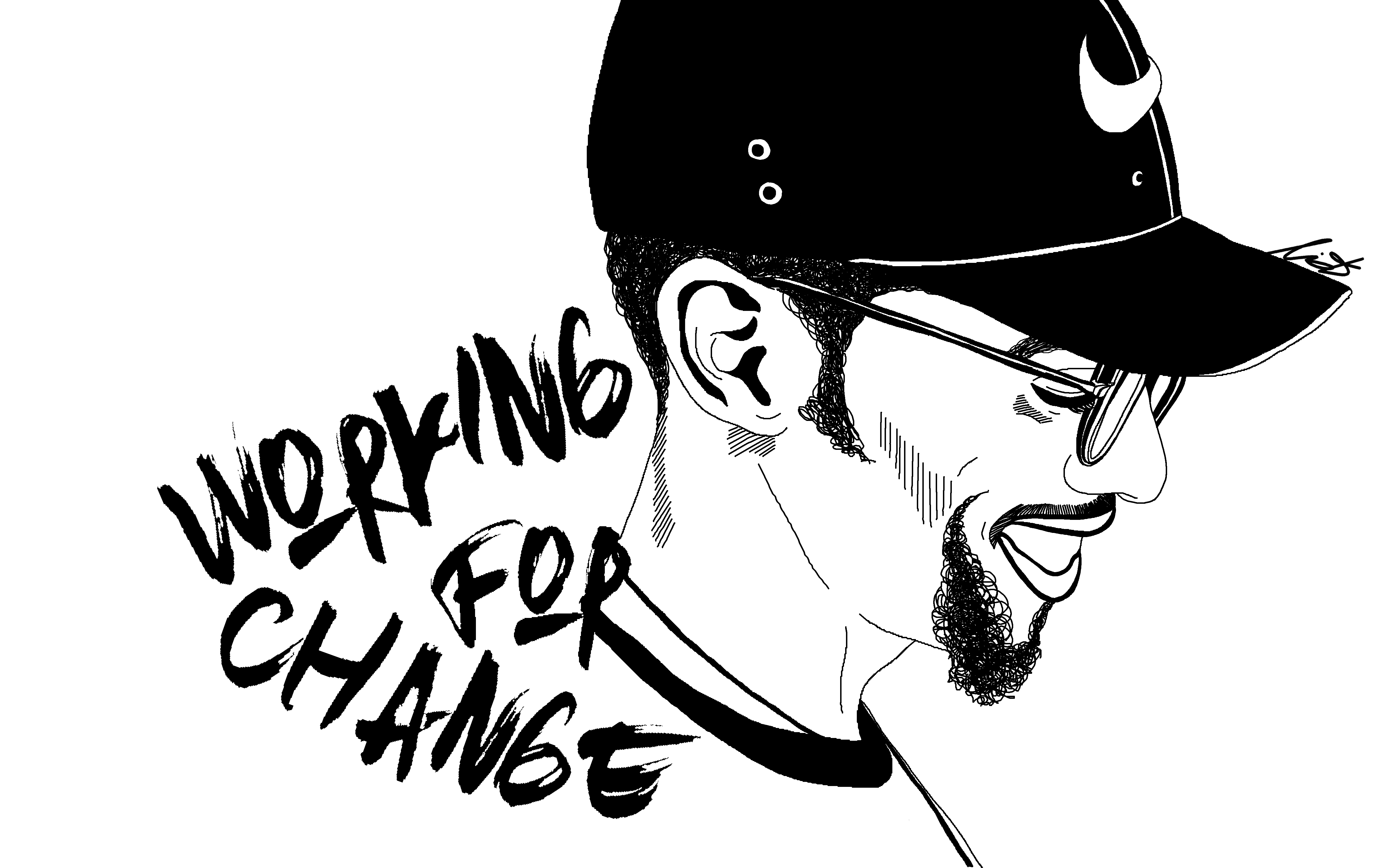 Not Your Typical Conference Every time I attend conferences that require interactions-so basically every conference I go to- I will almost always witness an inner battle of frustrations while I’m sitting amongst strangers at an unfamiliar table feeling completely uneasy and utterly awkward. But at the Working For Change Conference on Oct.27th I had an inspiring rather than awkward encounter.

The conference addressed working in the non-profit field and had many panels on topic from race, gender identity, gender roles, sexual orientation, immigrants, refugees and all the other very important issues that you can probably think of. The Youth Empowerment Panel was my favourite part of the conference. I enjoyed hearing the charismatic and well-spoken Jordon Veira talk about his mission and progress on battling racism in schools and success in supporting the black community in particular for black artists with Spoken N Heard that all started with him and no wealth. There is a common misconception and hopelessness towards the idea that real change requires real money, huge piles of it. So I’m happy to see Jordon is one of the many exceptions to this misconception. He coined the term “Artrepreneurs” to differentiate pure entrepreneurs and entrepreneurs who are also artists like himself. Jordon emphasized on the fact that there are two sides to an “artrepreneur”, money and value. While money is static, value is expansive, it grows and lives.  Something he said really stuck with me: “If we (are people who) want change (for the greater good), we shouldn’t be disenfranchised and impoverished.” But seldom do we see people who are relatively neither disenfranchised nor impoverished wanting change. Change is for those who need it, so we need both. We certainly need a change of circumstances for the disenfranchised but we also need changes of perspective for the non-disenfranchised. It is great that these conferences exist, so there can be constant dialogues cultivated around change where change is needed, and it is needed everywhere.

Inspired by Jordon’s passion for spoken word poetry and the powerful impact that art has on people. I made a novel attempt in writing one of my own:  *this is what I jotted down fanatically*

Fill in the blanks

For there is hope, despite countless humiliation

Why is this still a conversation

We try to cope, but that just evokes

We use this as ammunition, a symbol of our ambition to

Fight for what is ours-a simple consideration

Of something we shouldn’t need to seek called liberation

The freedom to be who we are

Is to be able to look ourselves proudly in the mirror

An image that couldn’t be clearer

We are the bearer of our own fates

There is no set date

Until it’s too late

A necessity to have equal opportunity

To thrive in the world towards prosperity

Turned into a strategy to oppress the lesser

When lesser is nothing but a stressor misplaced on our equals

If nothing is fair

Then why do we care

Us ones who dare

Are those that couldn’t bare

When there are people still in chains

Trapped in this allusion

That oppression is the final conclusion

There lies so much cruelty

When you know you’re usually not about that chit chat

but forgets to stop and listen

To the silence that glistens in total disparity

One can only change so much in reality

But this is a start

A shot in the dark

(example of a word that may fill the first blank is: discrimination; second blank is: racism)

After his talk, Jordan finally stood up from his seat to continue our conversation outside of the room. I had an instant sense of deja vu. That moment reminds me of when I first met Usain Bolt almost a decade ago. And I think I know why: they are both extremely tall, handsome, confident, but more importantly, their experiences remind me of how rough beginnings can turn into meaningful successes and I’m confident that their stories will empower you and me to write our very own and make the changes we want to see.

0 comments on “Not Your Typical Conference”