The Perks of Being a Winterlover

Perhaps some of you have felt that shift in winds over the past week or so. Perhaps the chill running down your spine was due not just to the physical cold but also to an ominous feeling of wintery dread. That’s right – it’s officially getting colder in Toronto.

As someone who’s born and raised in Canada, I am no stranger to the blistering winters of the Great North. I would go so far as to say that I’m a cold-weather person. So call me biased, but I would argue that Canadian winters aren’t so bad (I have a feeling Emaan would beg to differ). Scratch that – I would argue that Toronto winters aren’t so bad. There’s those ridiculous ice pellet storms but then there’s also the fluffy good stuff that makes for excellent photos and really beautiful scenery. I love seeing the UC building during that perfect snowfall.

While we do get our fair share of snow and the occasional day (or week) where we are blessed with -30ºC + wind chill, winters in the city are pretty tame compared to what our friends at, say, McMaster would experience:

Many skeptics/summer people are probably reading this post with incredulous looks on their faces. But maybe I can persuade you into thinking that there are actually a few perks to going to U of T in the winter:

You can engage in Olympic-level winter sports
What better way to get to class than to practice your figure-skating skills across an iced-over front campus? Skiing to Robarts? Tobogganing down hills in Christie Pits? The world is your frozen oyster! (Side note: MoveU is hosting a Skate ‘N’ Create at Varsity Arena!)

You can seek refuge in a warm and inviting Starbucks on every corner
A definite advantage we have in going to school in an urban city is the fact that there are always stores around (with heating!) that we can duck into to escape a potential blizzard. Nothing like a grande peppermint mocha to melt off that pile of snow on your toque. Your path is illuminated by pretty lights
One of the things I look forward to the most about winter is seeing the lights strung up in the snow-covered trees all over the city. While they may be taken down once the holiday season winds down, it’s still something to look forward to and always lifts my mood no matter how cold it gets. 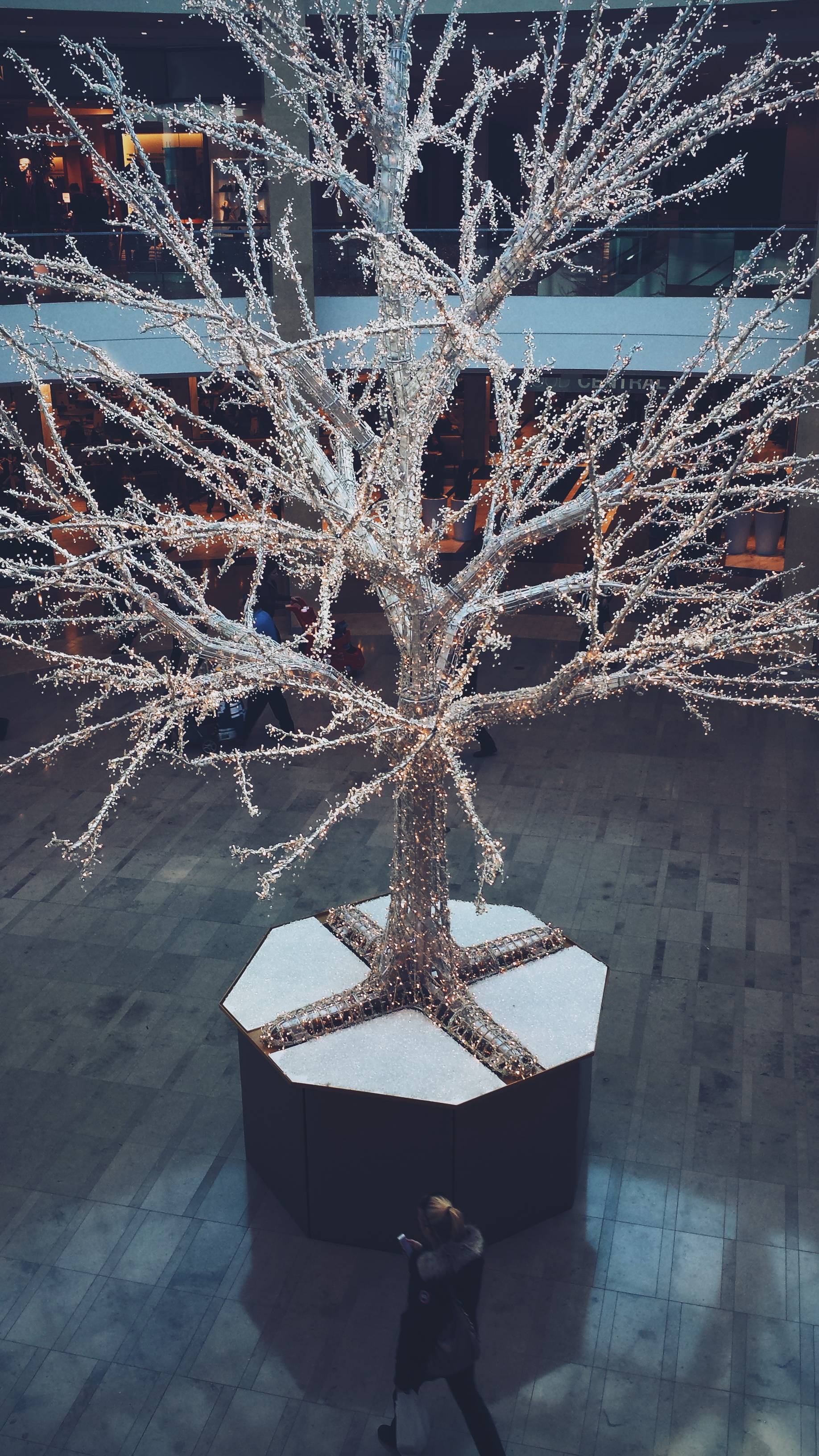 You can have school-wide snowball fights!!
Last year, U of T was graced by the organization of a campus-wide snowball fight held on front campus. Nothing says school spirit like pelting a heaping pile of snow at a fellow study buddy! All jokes aside, participating in school events during the winter helps take our minds off exam season and the bad weather. Coffee houses, board games, and more – it’s good to keep an eye out for indoor events (or outdoor, if you please!) for a chance to bond with other students. Guaranteed to give you the warm fuzzies.

Here’s to hoping that we approach this next season with optimism and thick, wooly socks. Winter is coming, U of T. How are you bracing yourselves?

0 comments on “The Perks of Being a Winterlover”