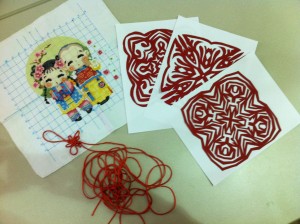 As a child growing up in Hong Kong, I remember the heavy emphasis placed on doing well in academics by my teachers.

Let’s not get into how wrong that line of logic is for a second (there’s enough fodder for an entire rant right there), but I asked my friends, and they had similar experiences. I can’t say if this is what school is like now; I can only speak about my experiences more than a decade ago.

Ironically, my mother never really cared (she was more “practice piano!”, haha), but I remember going home with a heavy knapsack filled with math sets and rows of blank squares to practice my characters. That’s all there is to my memory of primary school in Hong Kong.

There wasn’t arts class, like I had when I was in Canada. I remember taking art classes outside of school, but I never picked up a paintbrush in class. I remember being completely confused on my first day of school because I didn’t have to start by doing problem sets or reciting text. I was even more baffled when there were two recesses and a lunch break (I was used to having lunch during my one break), and was completely flummoxed by the time we got to the end of the day and I was given glitter to paint with.

But I heard it wasn’t always like that. I heard from my aunts and uncles that when they were in China, school included a lot more arts and crafts. But with the increase in people competing for spots in universities, the arts and crafts were filtered out and replaced by academics.

Revitalizing this culture is what the Chinese Handicrafts Community at U of T set out to do. They’re a small group that was established last August with the purpose of cultural exchange.

“Young people don’t have the passion for culture and handiwork anymore,” says Kelly Zhong, the club’s president. “Handiwork is getting lost, and I want to protect and share our culture.”

And so using money out of their own pockets, Kelly and Alexandra Zhao, the club’s vice-president, bring back traditional supplies when they are in China for the club’s use.

“We want to create a space for cultural exchange,” said Alexandra. “A place where anyone who is interested in East Asian culture can experience it for themselves.”

The club does a variety of Chinese handicrafts. From cross-stitching (I remember doing this in kindergarten!) to paper cutting to making knots to cooking traditional Chinese food, the club tries to give its members a full taste of the rich Chinese heritage once or twice every month, the most recent being a workshop on cross-stitching.

I was curious to know where the club’s executive learned how to do the handicraft, and Kelly told me that a lot of this was self-taught, “We’re passionate about Chinese culture and handicraft, and so often, we would find books and videos to learn how to do a particular craft. The club’s spirit is more about the cultural exchange.”

But Kelly tells me that there are plans to invite relatives to come in to host workshops. Apart from imparting their knowledge, Kelly says it’s a great way for the elders to see how youth are still interested in the culture and history.

So, readers, if you didn’t do all your schooling in North America, what was your experience like? I’d love to hear about it.