Work-Study or Volunteering: Working in a school lab

Anyone who’s taken an intro-level science course at U of T is familiar with the undergrad science lab: it’s big, it’s hairy, it appears every other week in three-hour segments, and it leaves you feeling that while you’ve learned some hard skills (do not pour water into acid!), you haven’t necessarily picked up a whole lot about what constitutes the real material of experimental science. Much rarer is the elusive and mysterious beast popularly known as the scientific process, the means by which questions about the world are transformed into statistically significant statements, and perhaps eventually translated into theory.

Some of you may know that as the grand finale to my see-saw of an undergrad career, I’ve just switched over to biology, giving myself a year to finish a bio major (yikes!). In that time, my goal is to get at least a somewhat tangible idea about the scientific process: what goes into creating scientific hypotheses, planning and implementing experiments, and (scariest of all) understanding the statistical applications that make sense of everything. Because I’m seeking answers to these questions, I applied to work in one of the school’s EEB labs, which is how I ended up volunteering in the Stinchcombe lab. In an attempt to describe in fewer than four thousand words the benefits of this endeavour, I’ve compiled a short list of some of the already discovererd highlights of working there:

a) In a half-day of safety training (free pizza at lunch) I learned that to make fire extinguishers work, you must pull out the little pin. Also, don’t get an HF burn unless you really want to rid yourself of your bones.

b) I’ve learned how to use an autoclave, which means I can start to sterilize stuff. My boyfriend keeps suggesting, with sidelong glances at the kitchen counter, that I bring our dirty dishes to school.

c) I’ve been meeting undergrad and grad students who work in the lab. This is definitely the most interesting part of the experience so far. They’re all friendly, and have all had things to say about studying science at the graduate and undergraduate level. Plus, they don’t seem to mind if I ask them [probably naive] questions about their studies and their experiments.

d) I will never forget how to re-zero a scale. It’s only my second week, but already I’ve become a proficient: I’ve been weighing dry plants with verve. 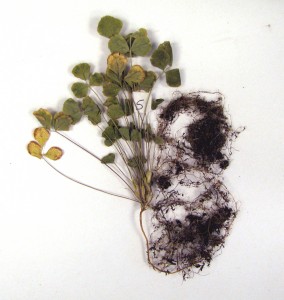 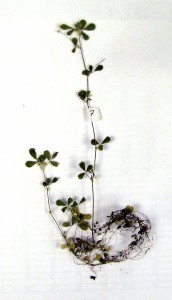 e) I’ve been introduced to the rooftop greenhouses above the Earth Sciences building. While helping a PhD student from another lab, the Weis Lab, plant mustard seeds one morning, I had more opportunity to ask a bunch of questions. 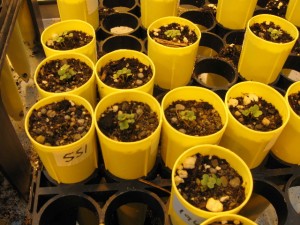 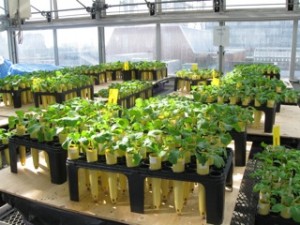 f) I’ve learned that there are hot fridges, big walk-in ovens where plants are kept dry. Also, certain hallways in the basement of the Earth Sciences building smell a lot like real farm fields — not the manure part of farm fields, but the plant part — which makes me feel a little nostalgic for school, despite the fact that I haven’t yet flown the U of T nest.

All in all, I’m feeling optimistic. It’s only been two weeks and I’ve already learned a lot. While I can’t expect a volunteer position (or the people who work in the lab) to provide me with all the answers to my questions, it seems like a great place to get an introduction to how science works outside the realm of the inorganic three-hour undergraduate lab.

For others looking to get experience in labs, there are numerous paid and unpaid lab positions available through the school, thanks to the work-study program. To get a paid position, which involves working directly through the university’s various departments, you first need to go (virtually or in the flesh) to the Career Centre, where something like 1,357 job postings can be found. You must have qualified for OSAP to be eligible for work-study, and you have to apply before October 30. While I’ve been warned that most of the positions get filled within the first couple of weeks of class, there are still a few employers accepting résumés. There are also volunteer positions, if the jobs are taken up or you’re unable to commit for both school terms.

7 comments on “Work-Study or Volunteering: Working in a school lab”