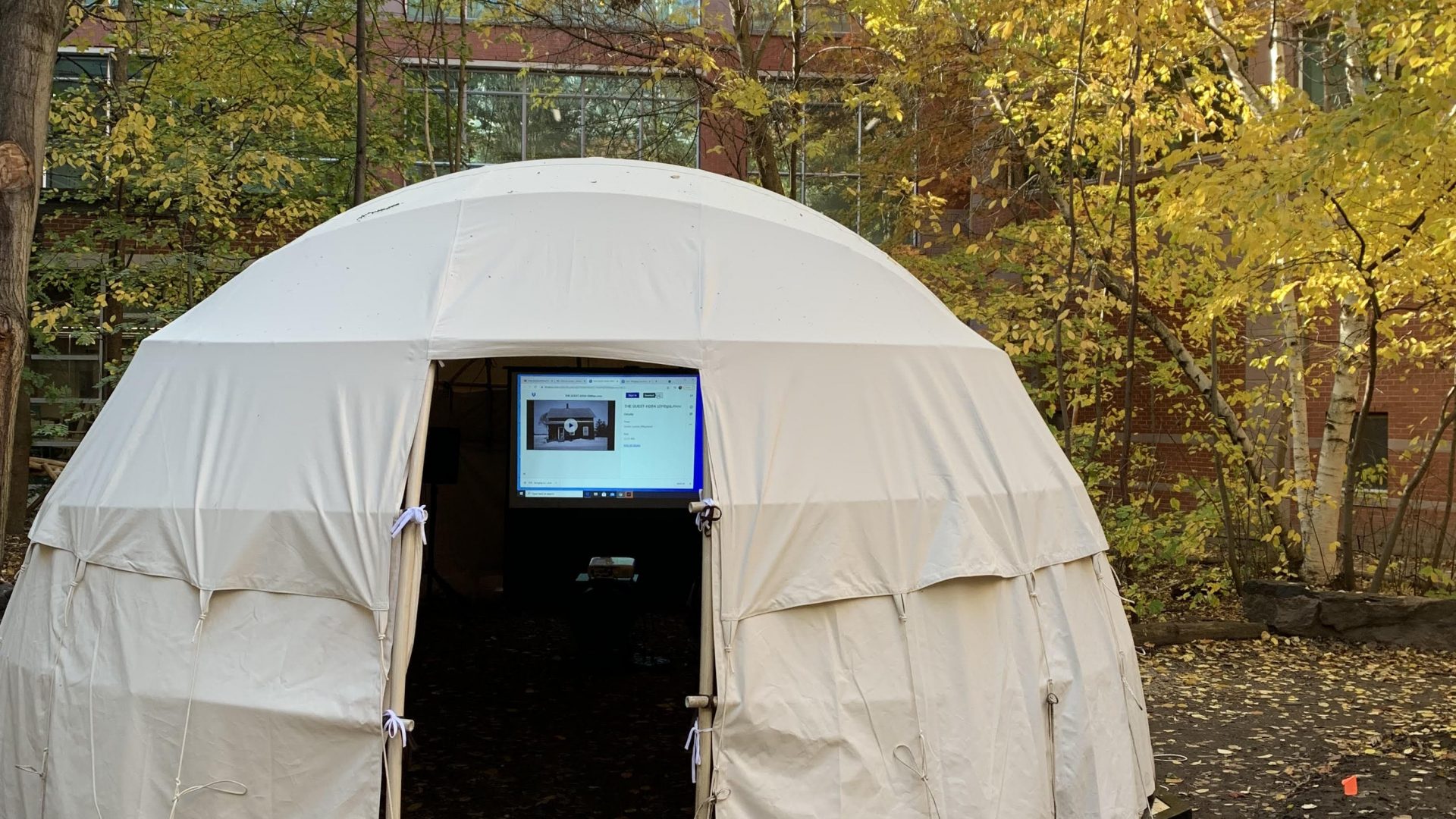 Ey swayel. Hello. This past week has been Indigenous Education Week at the University of Toronto. Being a first-year student, this is my first experience with IEW. I would presume that in the pre-pandemic world, the events of Indigenous Education Week would have taken place in person. For the second year in a row, the lectures and panels took place virtually. Side note: here’s hoping this year will be the last of the almighty Zoom broadcast.

There was one event in person, an art installation called: Reclaiming: A Landback Installation. That’s what I’ll write about this week because the last thing anyone wants to read about is a person’s experience sitting in a room by themselves listening to a lecture via video conference call, as interesting and informative as the content of that lecture may be.

The first trick was finding where the exhibit was located. I still haven’t mastered navigating the St. George campus, and all I had to go on was an address for the Earth and Science Building. It turned out to be in the north courtyard, by the Bancroft Building, where a small forest remains despite it being surrounded by the red brick buildings of the University of Toronto. I wasn’t sure what to expect or what kind of art installation it would be. It turned out to be a shelter of sorts erected by First Nations House in the forest. Inside, they shared short films made by Indigenous creators about land issues. It’s a powerful thing to occupy and reclaim a space in the middle of the city. It served as a reminder that cities aren’t lost to capitalism and expansion but are still living ecosystems as well as the traditional territory of Indigenous peoples.  This is a particularly relevant realization considering its also Treaty Recognition Week.

Since I began school last year, First Nations House has been closed for renovations. It wasn’t until I stepped inside the shelter and talked to Indigenous students and staff that I realized what a void this closure created. All of a sudden, there was this space for Indigenous people to gather and interact after a long, hard year and a half of solitude and virtual meetups. It was gratifying to connect in person with people involved with First Nations House that I had only met on Zoom to discuss our experiences as Indigenous people at U of T. I very much look forward to First Nations House reopening so these in-person connections can be a regular occurrence —because school feels empty and incomplete without social exchange to go along with it.