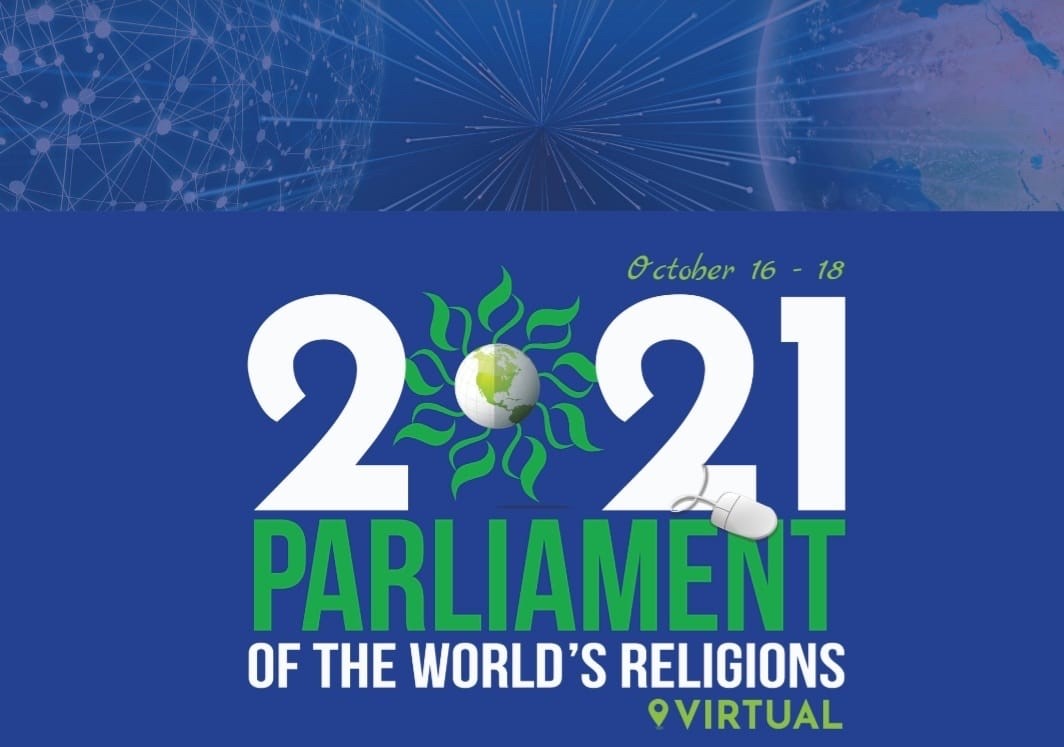 Attending “The Parliament of the World’s Religions”

Over the weekend, I had the amazing opportunity to attend the 2021 Parliament of the World’s Religions Convening. The World’s Parliament of Religions was first held in Chicago in 1893 with the goal of allowing religious leaders of the world to connect on common ground. This event is recognized as the birthplace of the modern interfaith movement as it pioneered a space for interreligious conversations among Western and Eastern traditions. Subsequent to that initial, groundbreaking event, the tradition of holding these Parliaments has continued and six have been held since then at various locations around the world. This year, for the first time in its history, the Parliament of World’s Religions will be held virtually as a result of the COVID-19 pandemic from Saturday 16th October to Monday 18th October.

So far, I’ve attended a few of the sessions outlined in the program. The opening plenary session began with invocations from various traditions and faiths across the globe, creating from its commencement the feeling of diversity that is central to this space, even virtually. Getting to see all the presenters in their home environment actually made the global, far-reaching nature of this event that much more salient, an added benefit of the virtual context.

Two of the events that I also found particularly engaging were The South Asian Regional Symposium – “Coming Together to Alleviate the Suffering of People and the Planet” and the “South Asian Cultural Interludes,” particularly Kumar Chatterji’s Bhajan performance and the Bihu dance segment.

The symposium focused on discussing ways to achieve this goal of “coming together” in the face of different perspectives to alleviate sufferings such as issues in ecology as well as societal issues such as racial discrimination, gender issues and poverty. Dr. Durga Basu raised a really interesting point that resonated with me as an Art History major. She links the idea of togetherness to the principles of the architecture of traditional Indian temples. She posits that the embellishments of the temples encouraged living a better life and eradicating sorrows as the temples were spaces of religious tolerance that allowed co-existence of different beliefs and encouraging the togetherness discussed as the goal of the symposium, showing that these teachings are everywhere for us to take inspiration from. Coming from a South Asian background myself, seeing some of my traditional cultural practices and values represented in this way was very meaningful for me and really made me feel connected to the proceedings.

The Parliament of World’s Religions mission statement is “to cultivate harmony among the world’s religions and spiritual communities and to foster their engagement with the world and its guiding institutions to address the critical issues of our time” and the breadth of voices, faiths and beliefs represented by the program of this year’s Parliament is a true testament to this vision. I am so inspired by the events I’ve attended and they have given me a sense of hope that we can create a world that is less about division and more about respect and openness. I’m excited to continue to attend as many sessions as I can today, the last day of the program, in particular the plenary session on “Compassion in Action,” where his Holiness the 14th Dalai Lama will be speaking. Attending the 2021 Parliament makes me value even more the work that I’m doing with the Multi-Faith Center, endeavoring to create a world characterized by togetherness; a world that seems so possible after experiencing this true example of unity.

0 comments on “Attending “The Parliament of the World’s Religions””