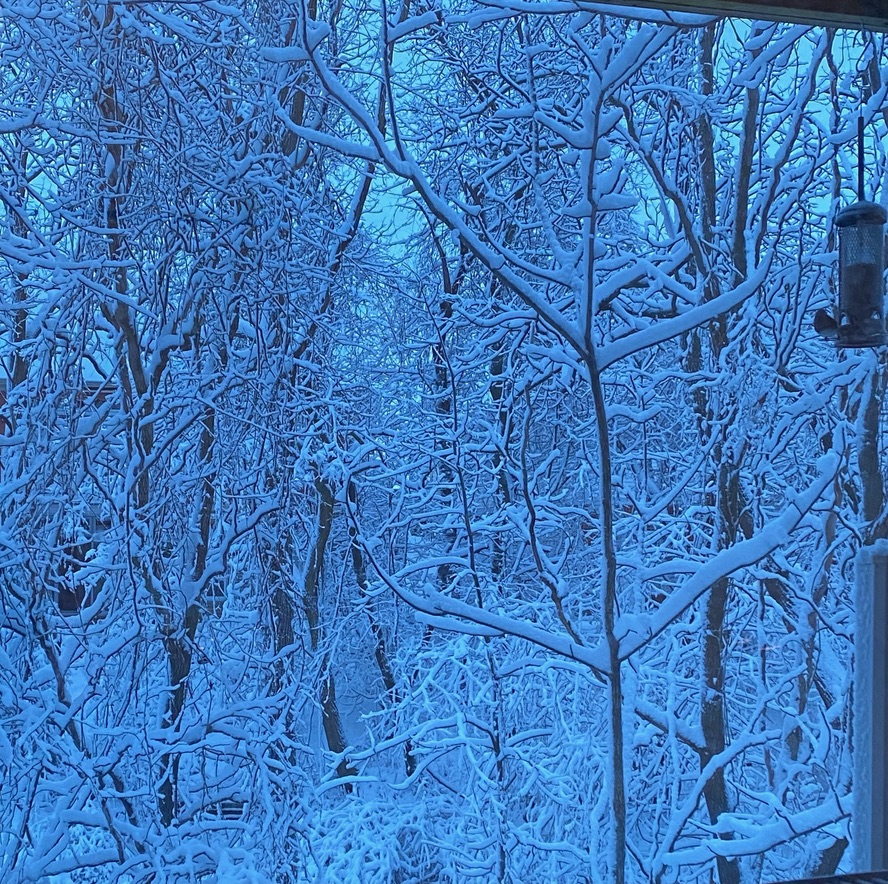 In celebration of International Women’s Day, the Multi-Faith Centre, Hart House Global Commons, Indigenous Initiatives, Emmanuel College and Victoria College collaborated to host the event, “The Arctic Spirit: Healing our Relationships”. The discussion featured Sheila Watt Cloutier, whose work in political and environmental activism earned her a nomination for the Nobel Peace Prize in 2007. As an Inuk woman, Cloutier shared how Indigenous traditions could help us learn how to repair our relationship with the environment, specifically during a global climate crisis.

The event began with a conversation between Cloutier and Dr. Alana Johns, Professor Emeritus, University of Toronto, about Cloutier’s book,“The Right to be Cold”. Sheila discussed how in writing the book, she wanted to humanize environmental issues rather than politicize them. Too often, we look at the problem of climate change, and specifically the Arctic, through a political lens. Coultier argued that the problem with politicizing these issues is that the individual stories of those living in the Arctic, and specifically what these people may have to teach us, is often ignored.

Instead, we fall into patterns of seeing places, like the Arctic, as “victims of globalization and colonization”. Although this is true, Cloutier emphasized that we tend to overlook context that must be provided in order to understand the Arctic more deeply, as well as the lives and stories of the people who live there. Indigenous residents have undoubtedly been affected by the horrors of colonization. Suicide, poverty, and substance abuse rates are higher due to trauma from the centuries of abuse by the Canadian government. That being said, Sheila argued that by looking at Indigenous folks solely as victims, we fail to see them as teachers.

By both listening and following Indigenous wisdom and cultural traditions, we could drastically change our relationship with the earth. Currently, the West’s anthropocentric way of living degrades the planet, specifically because we use the earth and its resources as a means to an end. In contrast, Indigenous traditions see humans as a part of the ecosystem as a whole—there is no hierarchy. Moreover, the resources humans use are meant to be treated with respect. For example, animals killed during a hunt are not just used for their meat. Instead, they learn how to honour the animal by making sure nothing goes to waste—the meat, bones, and fur are all used.

Cloutier also stated that, despite not being given institutional recognition, Elders are scientists in their own right. Their relationship with the earth has developed over centuries of passing down observations, methods, and traditions relating to nature and hunting practices. She noted that Indigenous populations know how to, not only survive, but also thrive, in some of the world’s harshest climates in a sustainable way. Moreover, they are taught virtues through experiences in nature. Cloutier used the example of waiting for the first snowfall as teaching one patience. These values are important in their own right, but they are also transferrable to the modern world, according to Sheila. For example, learning patience from the hunt could teach someone how to be calm in daily stressful situations.

This, personally, struck a chord with me. In the breakout room discussions after Cloutier’s talk, my group discussed the anxiety of Western productivity culture. I mentioned that I feel like I have to constantly accomplish something, and that I often need instant gratification for work that I produce. Instead of slowing down and being patient, I tend to feel guilty unless I’m doing some form of work. This generally makes it harder for me to enjoy life. Maybe if I appreciated the world for the beauty it is, and stopped placing so much emphasis on my individual existence and whether I’m achieving enough, I would be calmer and more at peace with myself in the world.

To extend this to the larger conversation, if people in the West stopped prioritizing and centring themselves, and instead implemented Indigenous methods of seeing and treating the world, environmental degradation would cease to exist. We would care less about resource extraction for our own benefit, and we would instead learn how to use the resources from the land in a respectful and thoughtful way. During the talk, Sheila commented, “we are lacking imagination in our world because we are not imagining a new way forward. And this is what Indigenous tradition has to offer”. To combat the climate crisis, we need to be willing to learn from others. By respecting and actually practicing Indigenous wisdom, we would be respecting the earth as well. Both the environment, and our relationship with the environment, would be able to flourish.

0 comments on ““Healing our Relationships” with Sheila Watt Cloutier”