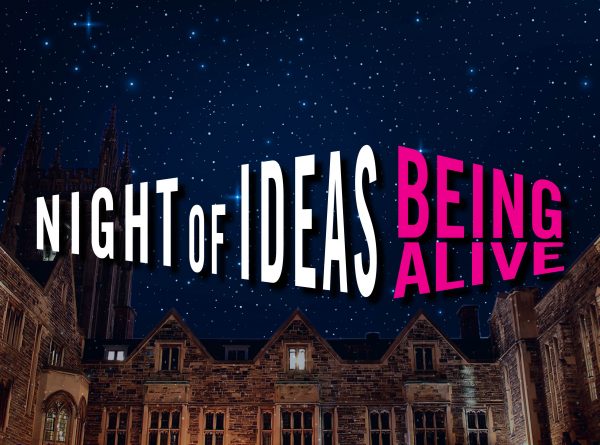 A Night of Ideas: Being Alive

Last Saturday I went to the Night of Ideas at Hart House. This event took place in over 50 cities (globally) and was a combination of lectures, performances, screenings, and workshops that were available to the public for free. Going in, I had absolutely no idea what to expect– I’d seen the event on Facebook and knew it had something to do with art– that had been enough to convince me.

The Toronto Night of Ideas was held at multiple locations throughout Hart House, and started at 5:00pm and lasted until 2:00am. Being the bad time manager and early sleeper that I am. I managed to see only two main performances. Here is what I saw: This first performance was a scripted dialogue between a man and a woman with down syndrome. Together they wrote and performed Love is like Ping Pong, a dramatic commentary on the difficulties people with down syndrome face regarding the misconception that they aren’t interested in sexual relationships.

I was surprised to find that the dialogue was a perfect balance between humour and solemnity. The transitions were extremely fluid; the audience would be laughing at one moment, then would be seriously reassessing their view of society in the next.

While I was completely unfamiliar with the issues presented in the dialogue, I found that their message was relatable on a basic writing level. Make a change through writing. Express yourself through writing. 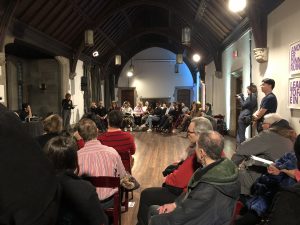 After a bit of running back and forth and looking at the schedule I managed to see a dance performance between a young man and woman, the former being in a wheelchair. I missed the introductory speech but the meaning of the dance spoke for itself!

The dance was contemporary, and between the separate, then matching moves, the balances on the wheelchair, and the strength of the dancers’ facial expressions, I was thoroughly impressed. As someone who is into choreography, a dance that gives you ideas means it’s a dance to be admired.

What I took away from this performance was that an art form can and should be enjoyed by all people, including those with physical disabilities. When dance is made inclusive, anyone can find joy in it.

Walking out of Hart House, I had that “Aha” moment where I realized why it was called the “Night of Ideas”. This event was about opening people’s eyes to groups in society that are often forgotten or misrepresented, and there is no better medium to find an equilibrium than through art. It was a very refreshing night indeed.

Note: I also didn’t get any photos of the actual performances because I was too engrossed in watching them (this has also been my problem at concerts as well lol).

From my understanding, this is an annual event so I am looking forward to going back next year (and possibly planning out a whole itinerary so I can see more!).